Oil cooling back under $50 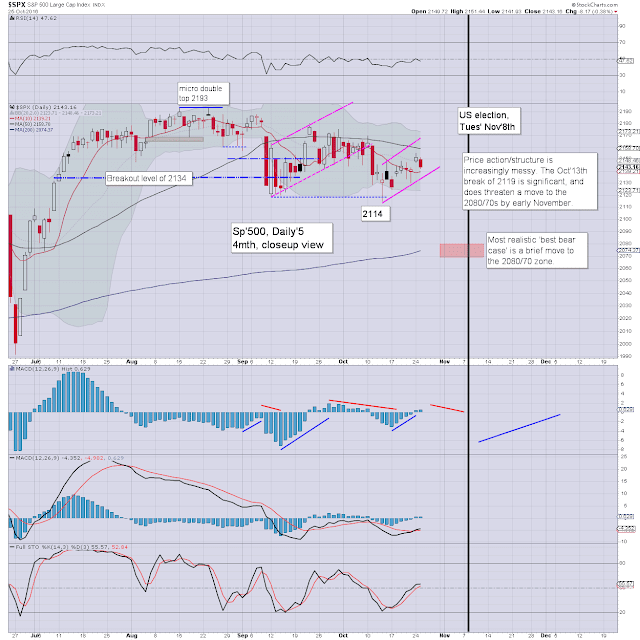 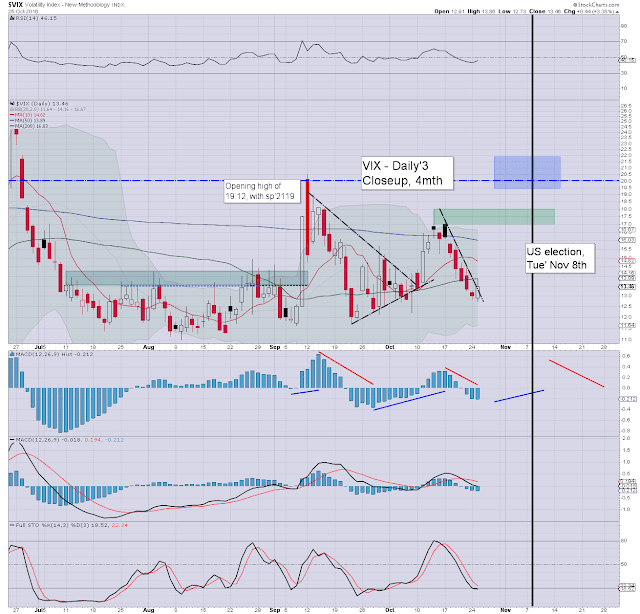 The equity market saw a little weakness today, and we remain stuck within what is a bear flag. The recent low of 2114 looks set to hold into end month. At best, a test of the 200dma in the 2070s seems very probable in the first half of November.

VIX remains broadly subdued, and it remains a struggle just to see the low teens. If sp' cools under 2100 in early November, VIX will likely see a brief move to the key 20 threshold.
--

The first 10 minutes are financial... but it then ventures into all manner of societal/political chatter. Make of that... what you will.
--

With the USD pushing into the DXY 99s this morning, WTIC oil was under some further pressure. 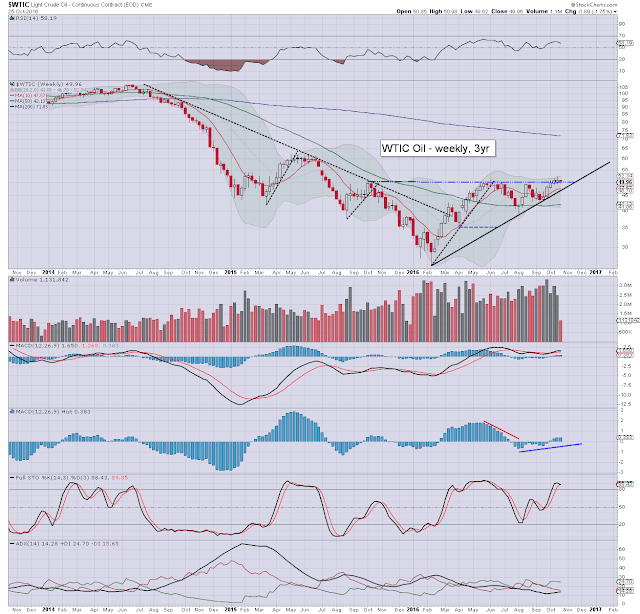 Its ironic that Faber, aka, Dr Doom, was just recently issuing an upside target for oil in the $70s. If that happens, energy stocks.. and the broader market will be considerably higher by late spring/early summer 2017.