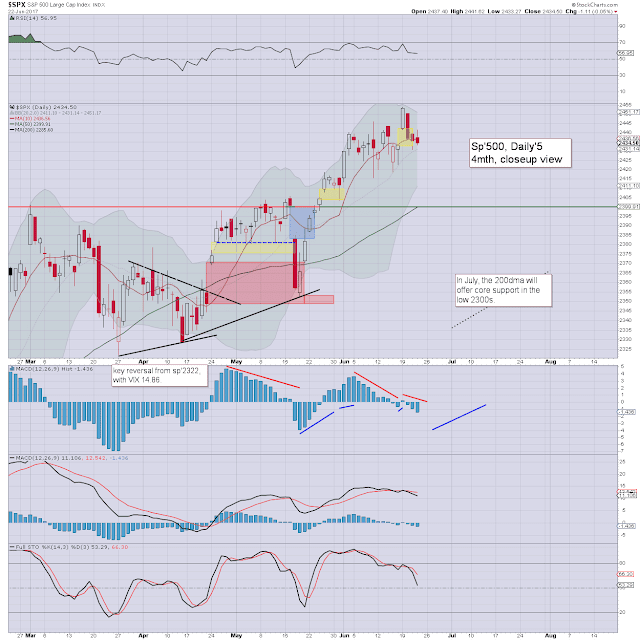 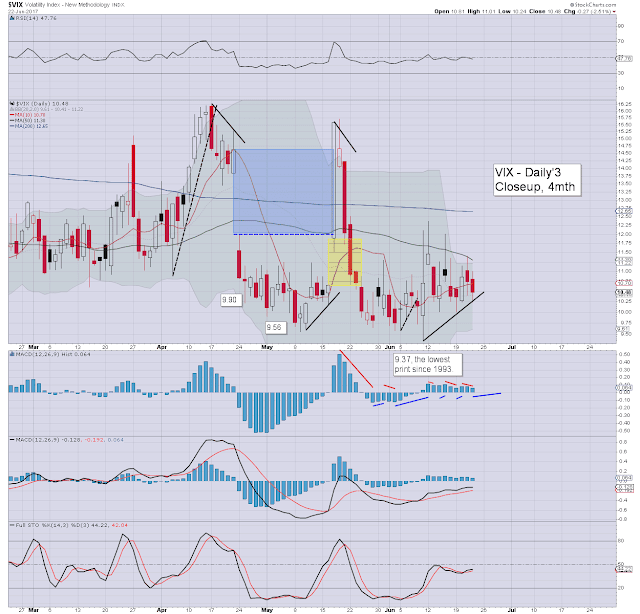 US equities opened in minor chop mode, clawing upward to 2441. There was a clear rollover into the close.

Market volatility remains broadly subdued, although the VIX is still managing to stay out of the 9s.

Near term outlook offers at least sp'2422/20, which should equate to VIX 12s. If sp'2415/00 zone, then 13/14s are viable. The key 20 threshold looks out of range until at least late September. The only wild card would be a weekend 'North Korean surprise'. 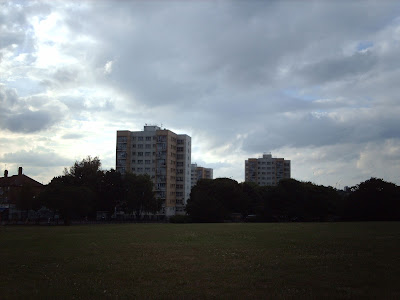 Yours truly prefers nothing higher than a few floors, and simple unclad brick.