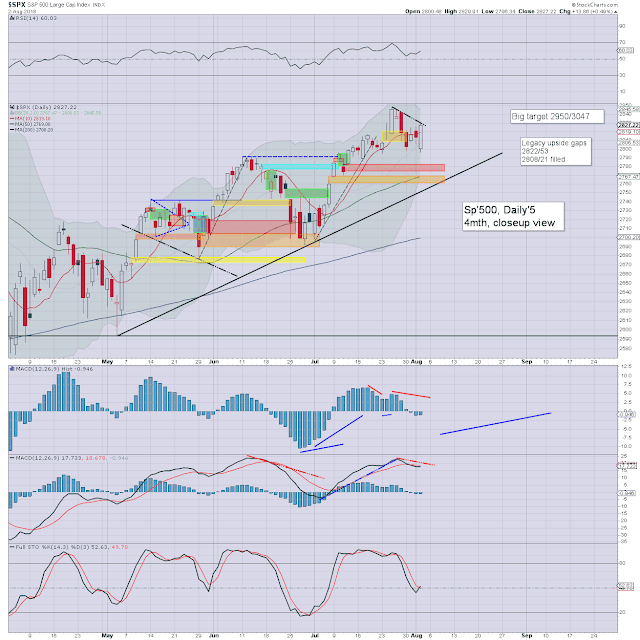 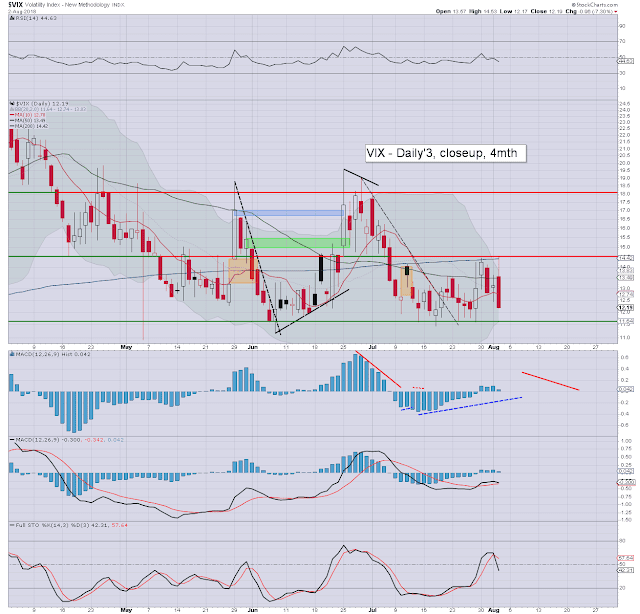 US equities opened moderately weak, but there was an opening reversal, and the market clawed upward across the day. The sp' settled with a bullish engulfing candle, which does lean to s/t upside. VIX swung from the mid 14s to the low 12s.

Basic technical necessity remains sp'2768, but the s/t outlook is conflicted, as today's settling candles are suggestive of further strength, against daily price momentum that still leans to the bears.
--

Today was Apple's day, as it became the first one trillion dollar company. 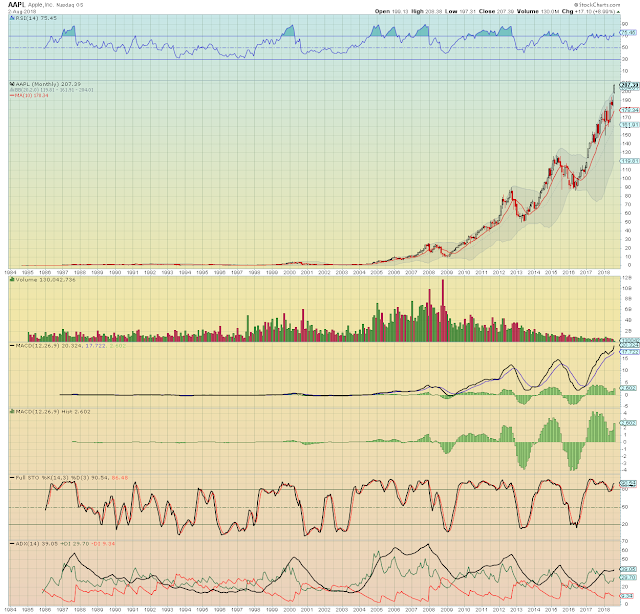 First, keep in mind that the AAPL IPO was Dec'1980, but my data only starts from 1984. In any case, things really only got interesting from March 2009 onward. The next $1trn stocks: AMZN, GOOGL, and MSFT. Would that make for the 'four horseman'?
--