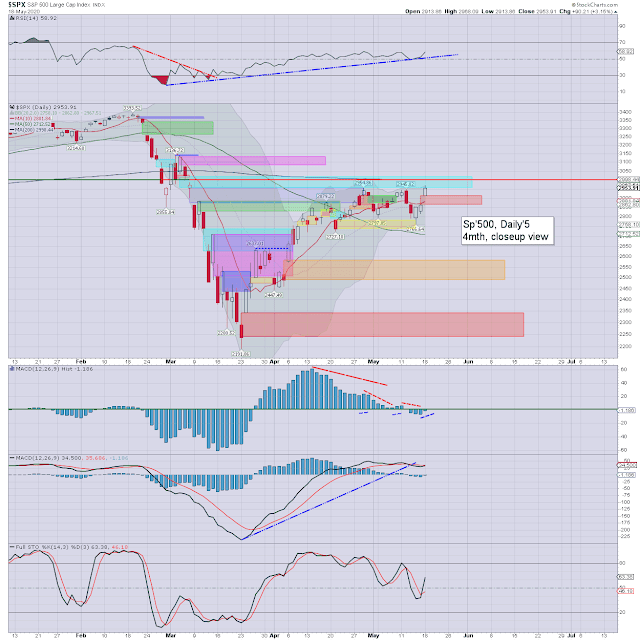 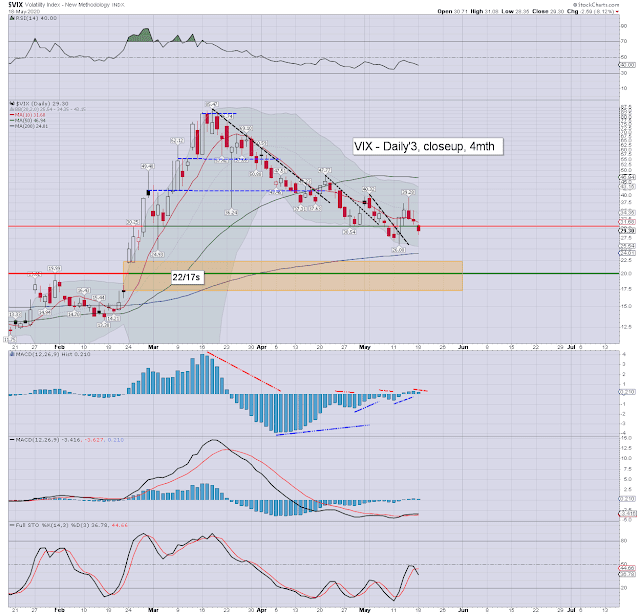 With WTIC printing the $33s, the US President appeared just after 11am...

Indeed, Trump is relived that oil continues to recover. Yet... the $30s, even if sustained, aren't a profitable level for the US producers. The sector is still going to need to be bailed out.

Meanwhile, Elon chimed in on the central banks...

The afternoon saw the market claw upward to new cycle highs.
Volatility was naturally grounded lower, the VIX settling -8.1% at 29.30.

Early Thursday morning saw the SPX print 2766. From there, we saw a rather natural bounce wave, with Friday-OPEX seeing broad chop, if leaning on the moderately positive side.

With Monday breaking a new cycle high of 2968, the mainstream cheerleaders have effectively swung from being on 'suicide watch' to 'everything is fine again' mode in just thirteen trading hours. These monstrous swings in market sentiment remain truly bizarre.

I can almost understand those who believe a vaccine will be found and issued before year end. Maybe it will.... maybe it won't. Regardless, injecting (eventually.... forcibly) semi-tested vaccines into tens of millions of jobless won't do anything to help them find a job.

The economic damage has been done, and we're going to see in the weeks/months ahead, just how critically broken the economy, and society itself is. Good luck to those buying into SPX 3K.
--