Awaiting Yellen at the hole 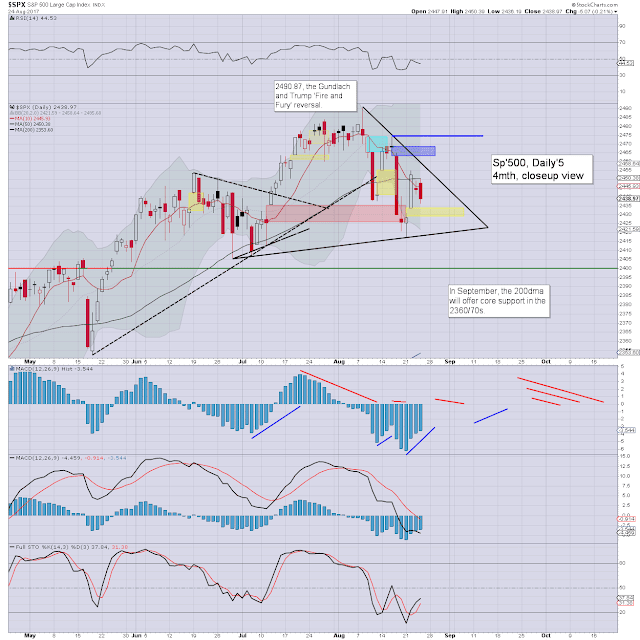 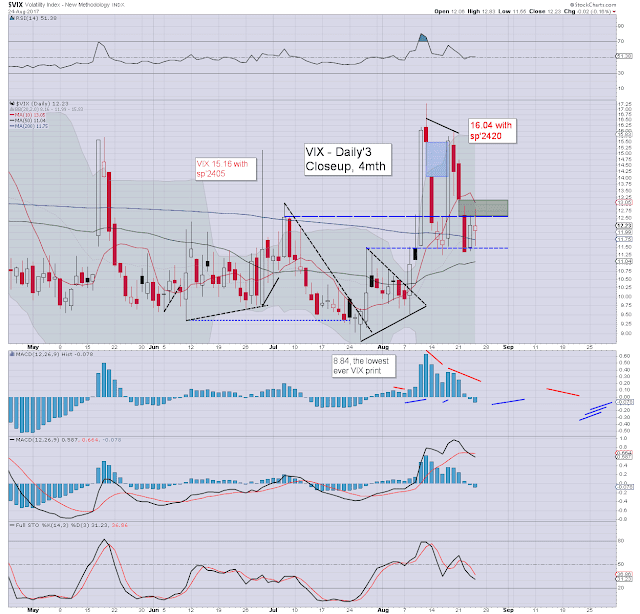 US equities opened a little higher, but there was a rather clear opening reversal, and the market choppily fell into the early afternoon, flooring from sp'2436. The closing hour was a little weak, but cyclically, we're on the low side, and the setup favours the bulls into the weekend.

Market volatility opened moderately lower, and swung upward as equities cooled, but only reaching the upper 12s. Its notable that despite some closing hour equity weakness, the VIX still closed net lower.

Nothing has changed, a tag of 2462/68 remains due... whether Friday or early next week, it should make little difference to those currently holding long.
--


Yellen at the hole

Fed chair Yellen is due to speak at Jackson Hole, Friday, 10am. That will clearly have the market's full attention.

So, what will the CEO of Print Central say? Will she threaten 'easy money', or instead allude to a rate hike at the December FOMC ? Then there is the issue of balance sheet reductions. The plan has already been fully published, and even if started in September (now seemingly unlikely), it will take at least a year to really be of any significance.

Lets be clear, the financial stocks need a rate hike, and have been broadly stuck since the early spring. Its difficult to see those highs broken until it becomes clear another rate hike is due.

It remains the case that the absolute worse thing for the equity bulls - the 'ultimate alarm bell', would be if the fed cut rates.

Its a simple chart, but it merits at least a few minutes of staring!
--