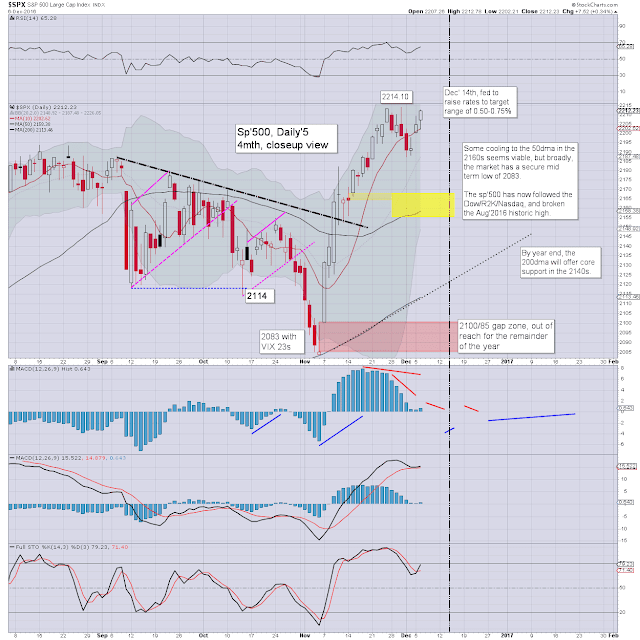 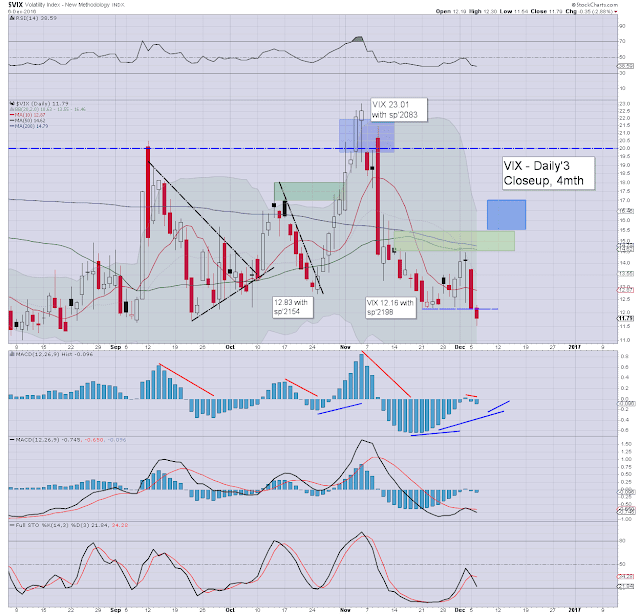 Suffice to add, a day of moderate chop, leaning on the upside. Most notable, a new historic high for the second market leader - R2K, of 1353.

With the market mostly trading choppy, the VIX was further ground lower, breaking into the 11s, the lowest level since early Sept'.

On balance, a move to test the 50dma in the 2160s still seems probable, but that will now only likely equate to VIX 15/16s. Even the 17s look a stretch ahead of the fed raising rates.
--


I'll end tonight with a question...

Where are the people who were touting the importance of the Fibonacci extrapolation number of sp'2138? 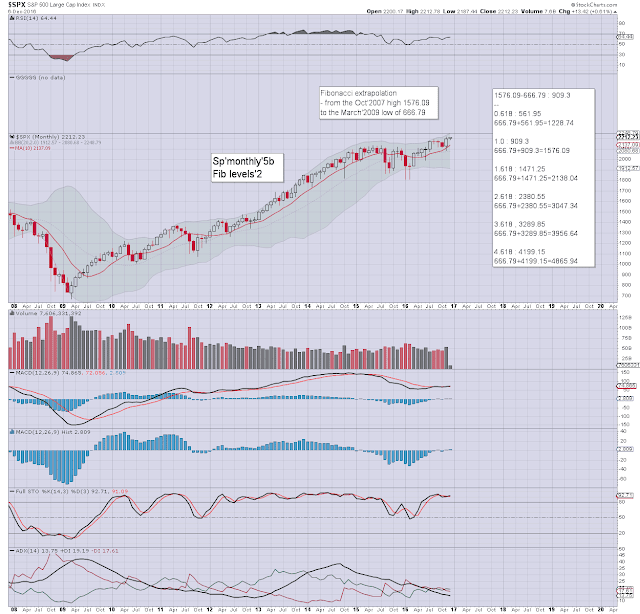 Last year saw the market get decisively stuck, with a May 2015 high of sp'2134. Clearly, it was reflective and evidence that 2138 WAS important. We saw two sig' down waves, the first in Aug', and then another in Jan/early Feb'.
--

This past July saw the May 2015 high decisively broken.

Where are those same people who touted 2138 for years? Why aren't they now highlighting sp'3K as the next natural target ?

Similarly, for the Dow... 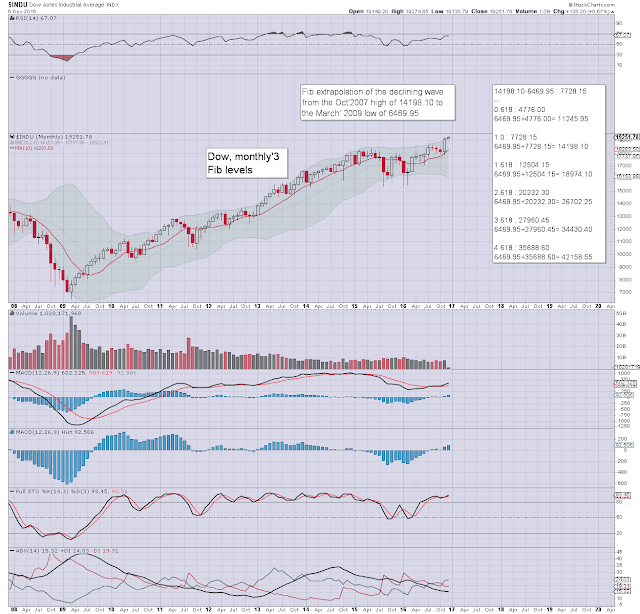 Anyway... its something to reflect on, and I sure don't see anyone else highlighting this.