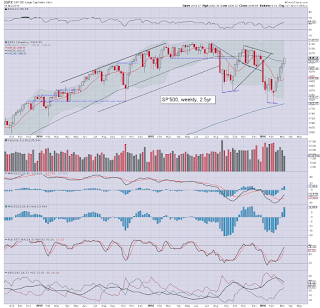 Underlying MACD (blue bar histogram) cycle ticked higher for a fifth week, and is now on the high side. Even if the market maxes out next week, it will likely be another four weeks before the next bearish cross. 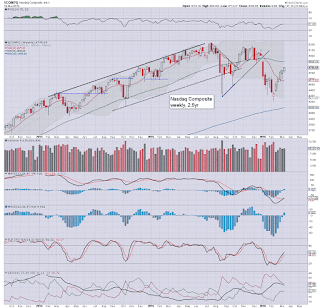 The tech was the laggard this week, with a net gain of 47pts (1.0%) at 4795. Next key resistance is the 4900 threshold. As things are, sustained action above the giant 5K threshold still looks out of range until Q4 at the earliest. Clearly, any monthly close >5K will absolutely negate the broader bearish outlook for this year. 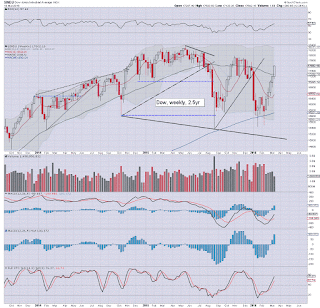 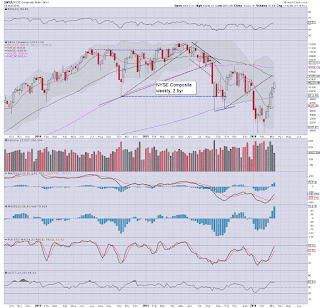 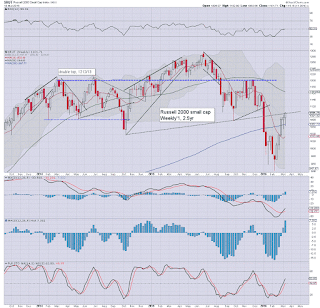 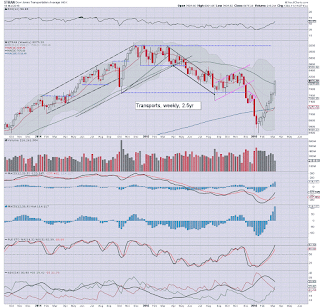 The equity bulls are seeing yet another powerful rally. Indeed, the current up wave is very similar to that seen last Sept-Nov'2015.

As many would agree, the market rally since Feb'11th has primarily been inspired via a hyper ramp in Oil prices, with WTIC swinging from the $26s to the $40s.

If Oil becomes stuck around $45 before end month, and then starts to cool (as the over supply issue remains entirely unresolved), the broader equity market will likely be dragged back lower.

It will be a shortened holiday week, as the US (and almost all other world markets) will be closed for 'Good Friday'.

*there are a sprinkling of Fed officials, notably, Bullard late Monday and Thursday.
--

Back on Monday
Posted by Trading Sunset at 16:00:00
Email ThisBlogThis!Share to TwitterShare to FacebookShare to Pinterest

Bears pushed to the edge

With US equities managing a fifth consecutive week of gains, sp +27pts (1.3%) @ 2049, the equity bears have largely already been short-stopped out of their positions, with many bears having turned bullish. As ever, the monthly close will be very important, with just 8 trading days left of March. 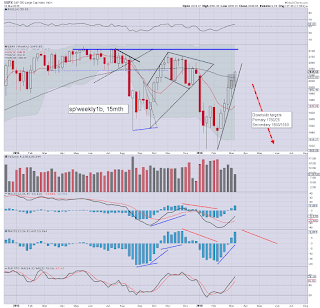 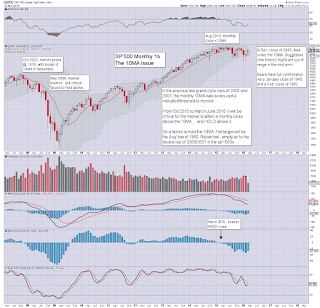 For those currently holding short, this is clearly an increasingly stressful and difficult time.

Yours truly has managed to have had the patience to side-step this latest nonsense, and I remain seeking an 'ideal' short market entry.

--
*the weekend post will be on the US weekly indexes
Posted by Trading Sunset at 03:00:00
Email ThisBlogThis!Share to TwitterShare to FacebookShare to Pinterest 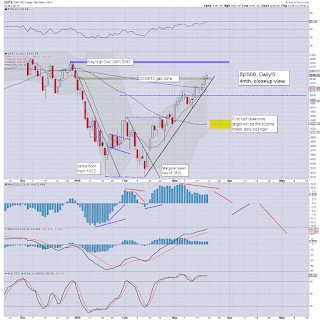 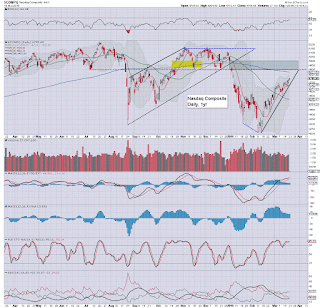 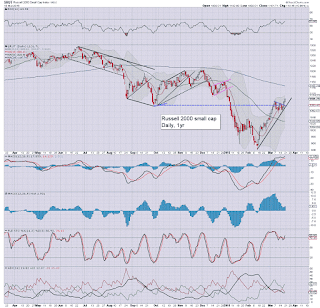 Nasdaq - a clear gap from early Jan', around the 4900 threshold.