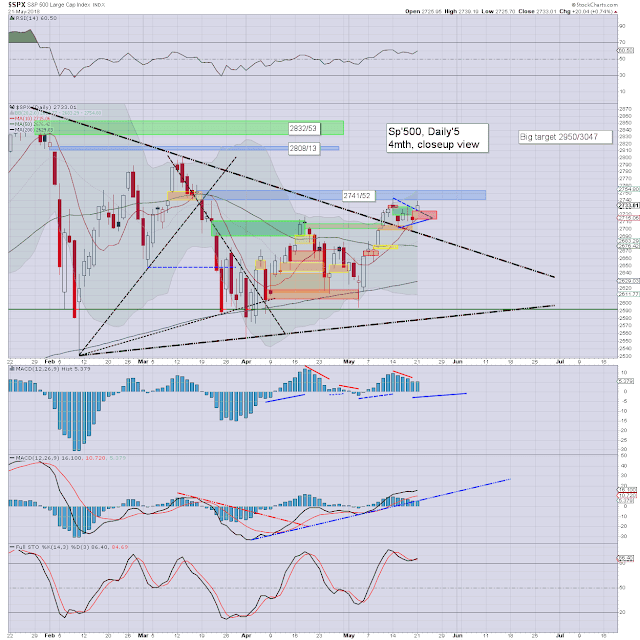 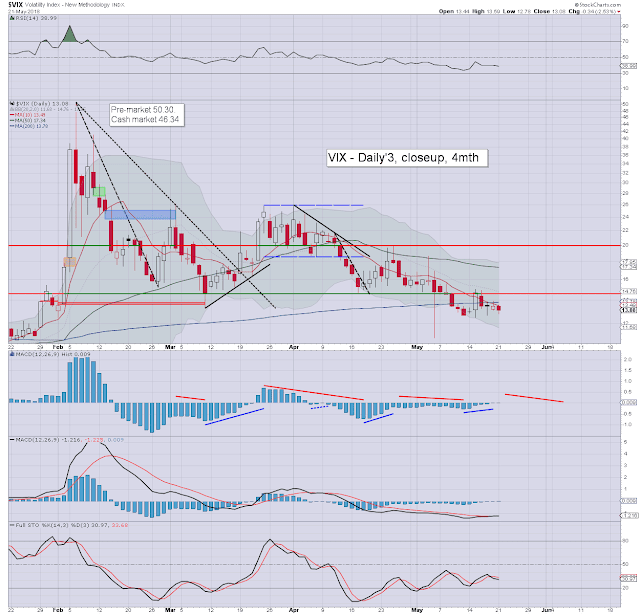 US equities opened moderately higher, helped by lower concerns about a trade war. The R2K notably broke a new historic high for a fourth consecutive day. S/t price structure of a bull flag in the sp'500 has been provisionally confirmed, and will be fully confirmed with a break above last Monday's high of 2742. A broader run into the 2800s is likely now underway.

Volatility was naturally subdued, with the VIX melting into the low 13s. The key 20 threshold looks out of range for some considerable time.
- 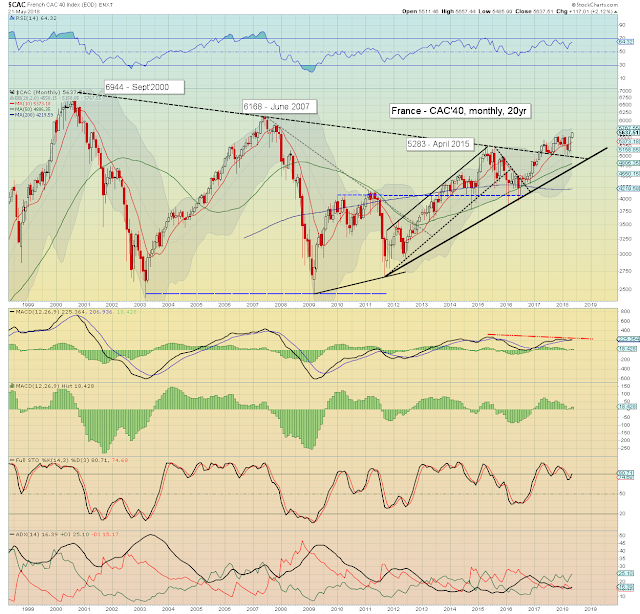 The French equity market is very representative of other European markets. The CAC is currently +2.1% at 5637. Soft target is the June 2007 high of 6168. That does look within range by late summer.
-- 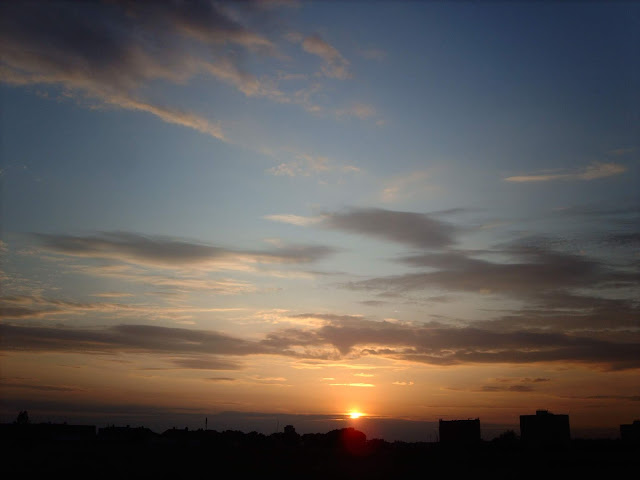