The pressure builds on Print Central 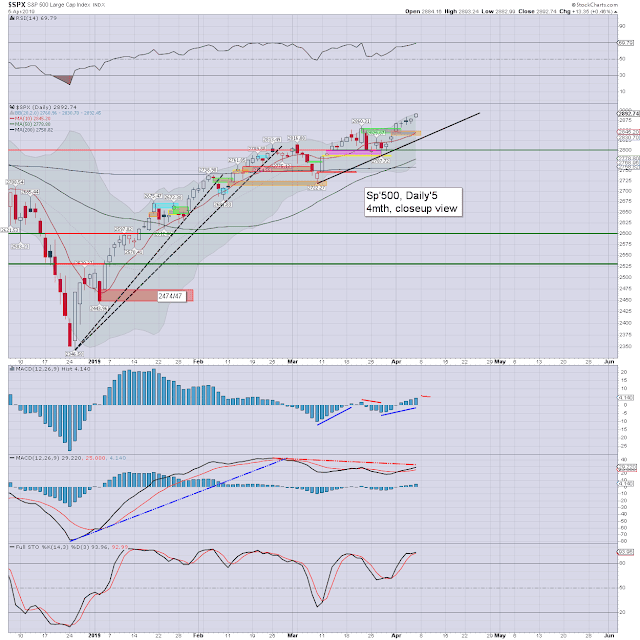 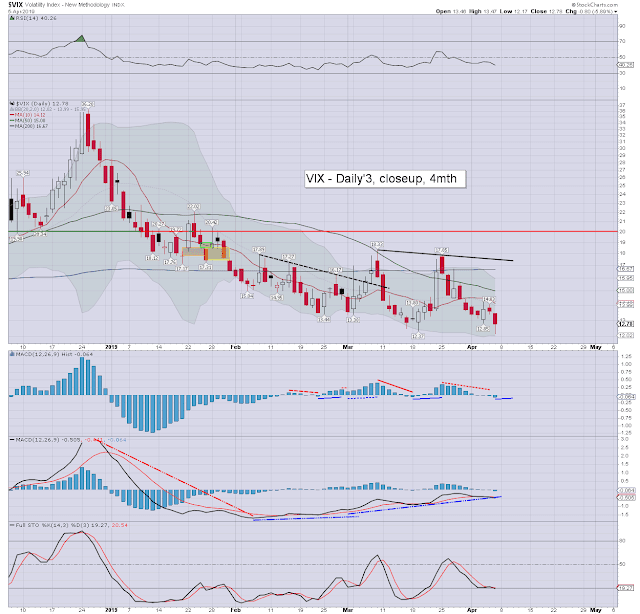 It was a bullish end to the week, with a new cycle high of sp'2893, the highest print since Oct'9th. VIX was reflective of the very confident mainstream, melting into the 12s.


The pressure builds on Print Central

Whilst Thursday saw the US President take a simple swipe at the fed on Twitter, Friday saw Trump call for rate cuts and QE directly to the press. 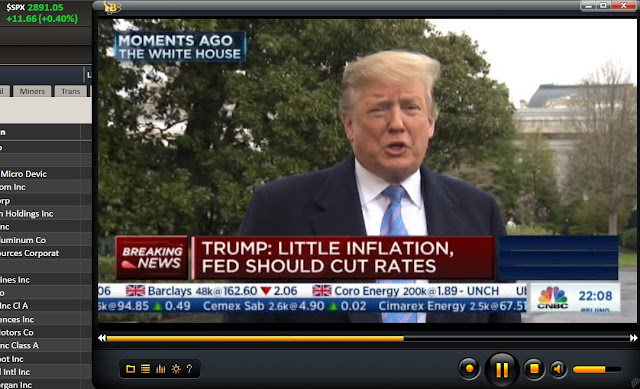 "I personally think the Fed should drop rates. I think they really slowed us down, there's no inflation, in terms of quantitative tightening, it should really be quantitative easing... you would see a rocket ship. Despite that, we're doing very well."

Just reflect upon that for a moment.

... and now consider the following...

Things sure do change between what a person says outside of Government, and what they say once within it.

Even some of the mainstream cheerleaders are getting a little concerned at how things are progressing. Wapner of CNBC on the lunchtime show, noted the current rhetoric during what is growing US economy, what happens if there is an actual significant down turn?

Anyway, the end of QT was announced last month. Subsequent rate cuts can be expected, and eventually... Print Central will once more spin up the printers.

The two key issues... will Powell be in charge when QE4 is announced, and how low will the SPX be? Considering Trump is already calling for QE with the sp'2800s, will even the Dec' low of 2346 be tested? These are indeed crazy times.
--