US equity indexes closed a touch weak, sp -3pts at 2388. The two leaders - Trans/R2K, settled lower by -0.2% and -0.6% respectively. VIX settled +0.8% at 10.68. Near term outlook still offers the sp'2410/20s, as underlying price action remains powerfully bullish - as also reflected in almost all other world equity markets. 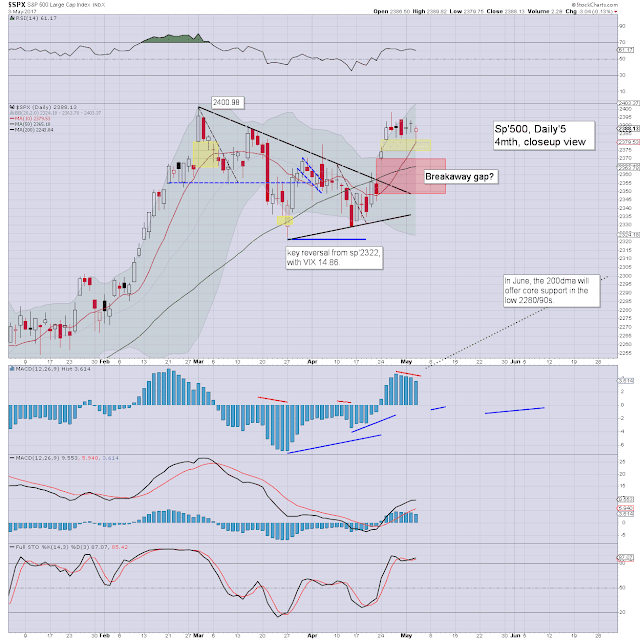 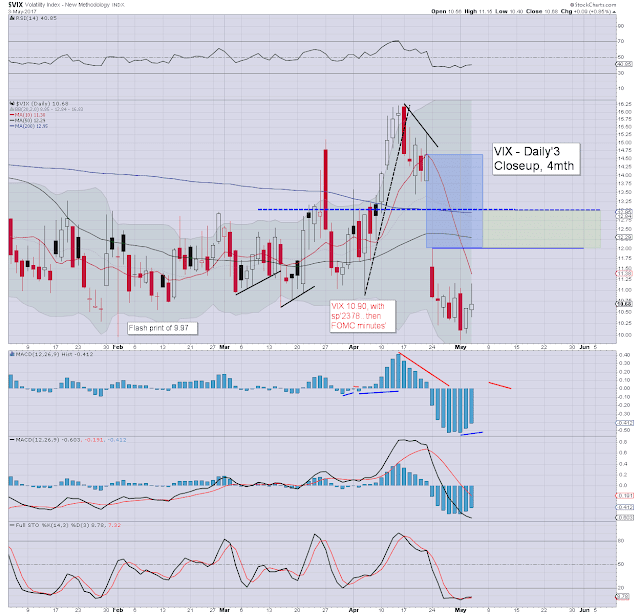 It was another rather subdued day in equity land, with a trading range of just 10pts, a mere 0.4%. The FOMC naturally announced nothing of significance at 2pm, and cyclically, we saw a moderate late afternoon recovery.

Volatility remains very subdued in the 10s. A little pop to around 12.00 seems possible this Friday afternoon, ahead of the French election on Sunday.
--- 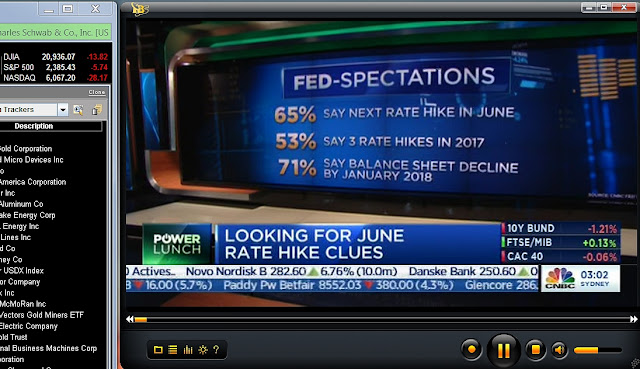 The mainstream is seeking the next hike in June, with third hike between Sept-Dec'. I'm broadly in agreement with that. If the sp'2600/700s in early Dec', then a fourth hike will be on the menu, and that would be extremely bullish for the financials. I like BAC, JPM, and SCHW. 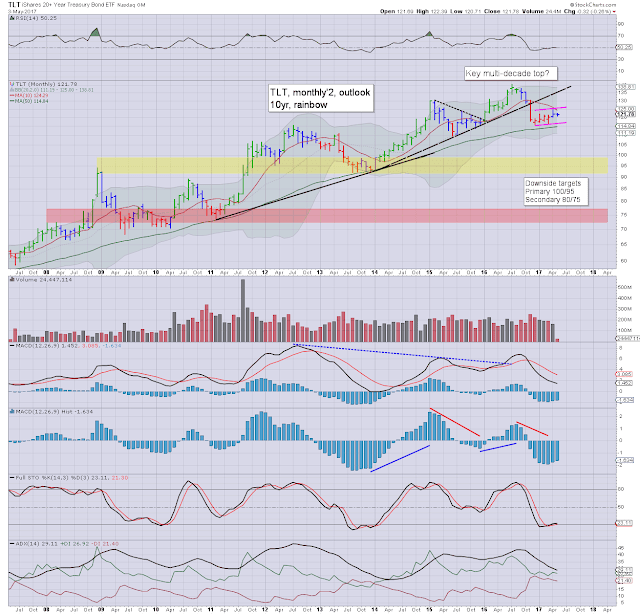 If you believe the fed will raise rates another 2-3 times before year end - as I do, then you have to see price structure in TLT since last November as a big bear flag.

I'm well aware some of you think rates won't go any higher, but then.. those are generally the same people who thought rates wouldn't ever be lifted from zero in late 2015.