Another day for the bears 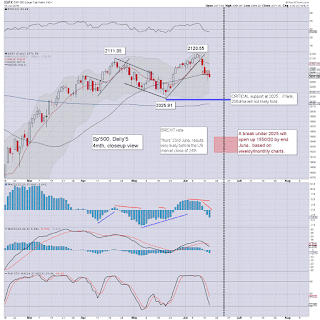 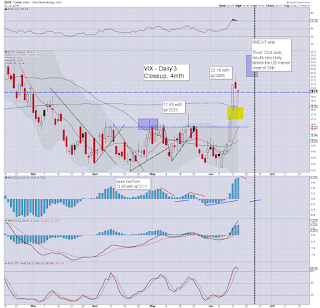 A fifth consecutive net daily decline for the sp'500... the most bearish run since February.

Despite some late day weakness... further upside to the sp'2090s.. perhaps even the 2100 threshold looks viable into the quad-opex weekly close, before things get real interesting next week.

*I checked the weather forecast for next Thursday - the UK election day. Its currently set to be warm and sunny... and by definition, that does favour a higher turnout. Some could argue that favours a greater number of conservative 'remain' voters will make the effort to vote. However, underlying sentiment continues to lean toward a 'LEAVE' vote.

--
An update on the bigger picture... 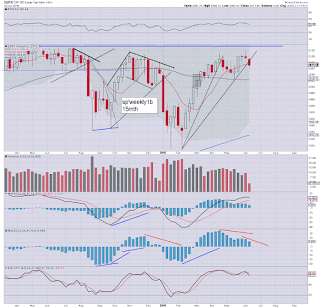 We have a rather secure mid term cycle high of sp'2120. Equity bears can re-short with a very tight short-stop. The risk/reward into next week is exceptionally good, and I'll likely take at least one or two speculative positions, based on the notion that we'll at least test the sp'2025 low. If that fails to hold, things should spiral to 1950/20 within days.. if not hours.