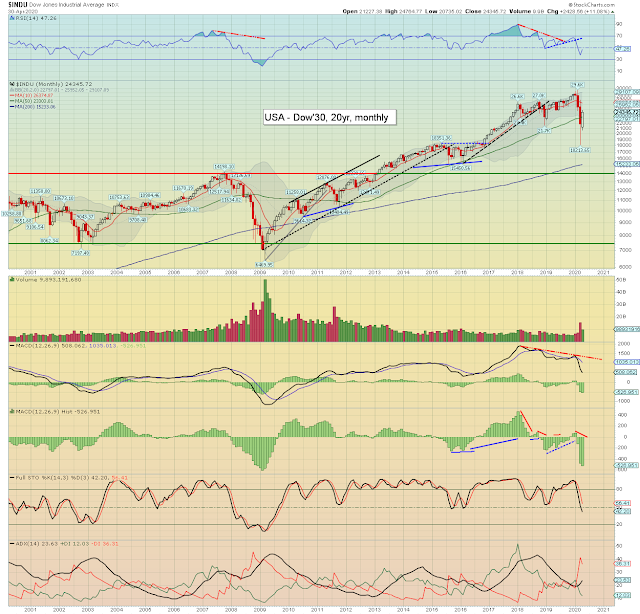 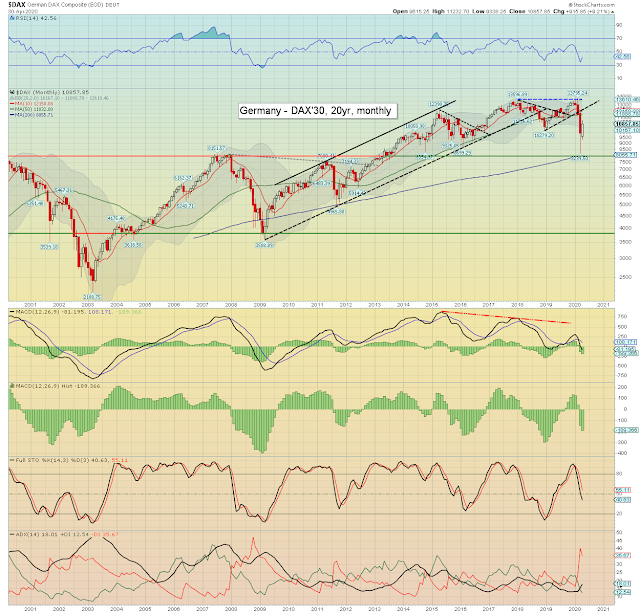 The economic powerhouse of the EU - Germany, saw the DAX settle +915pts (9.2%) to 10857. With an April settlement under the key 10MA, the German market has to be seen as remaining mid/long term broken. 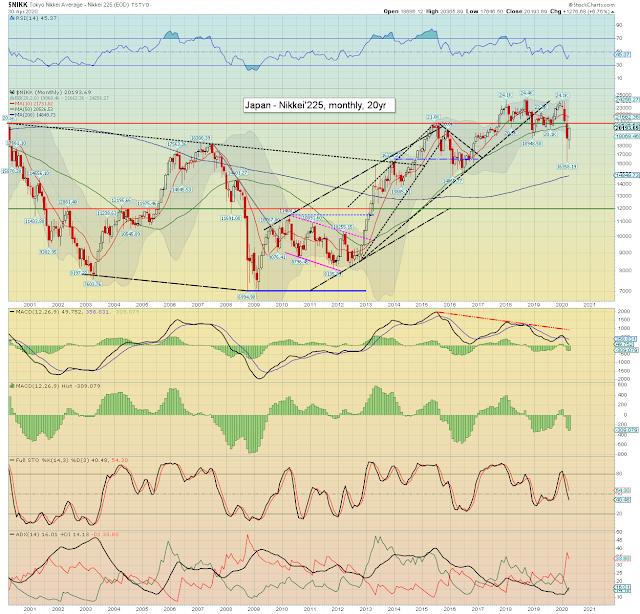 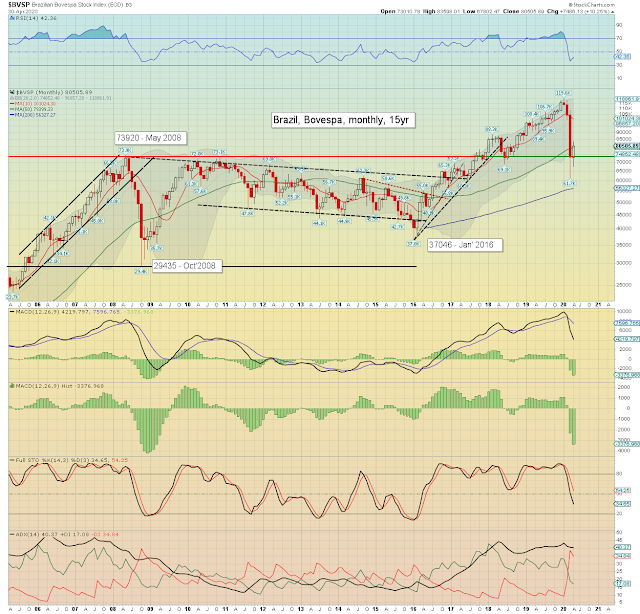 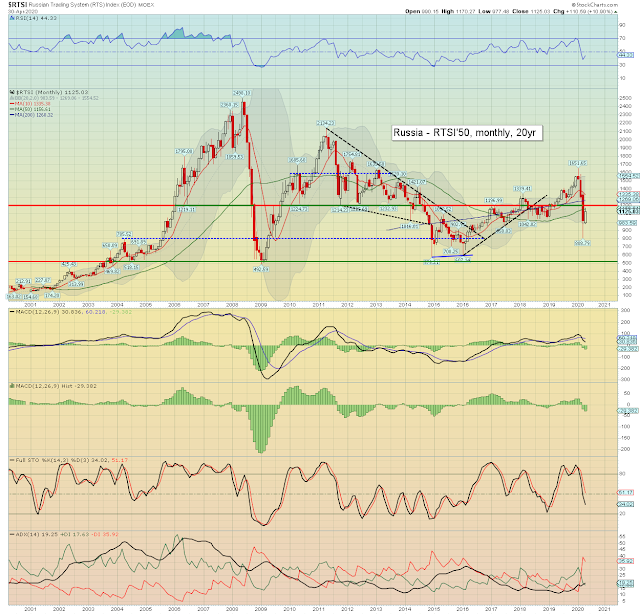 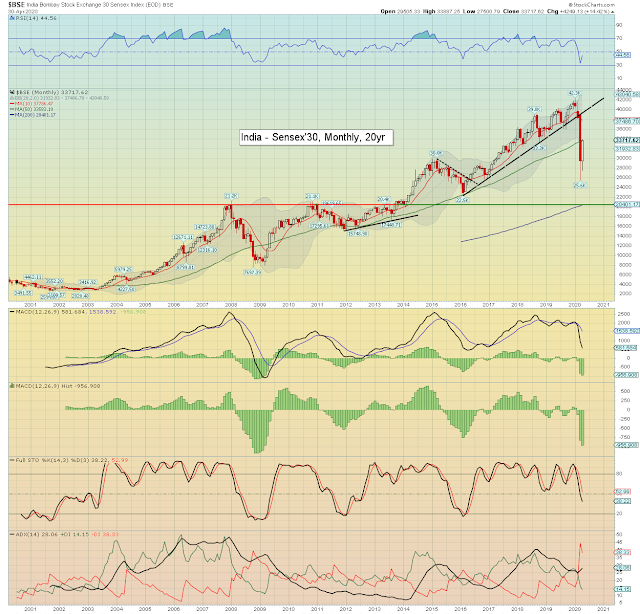 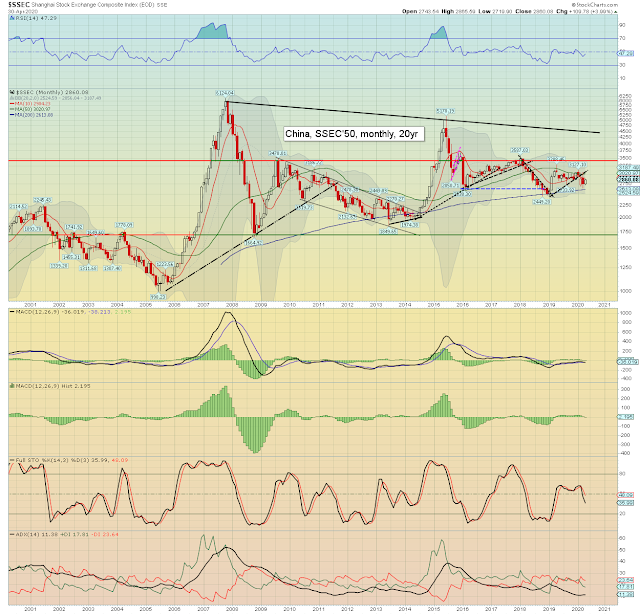 China was the laggard in April, settling +109pts (4.0%) to 2860... notably still under the 10MA. The PBOC are doubtless massively meddling to prop things up. 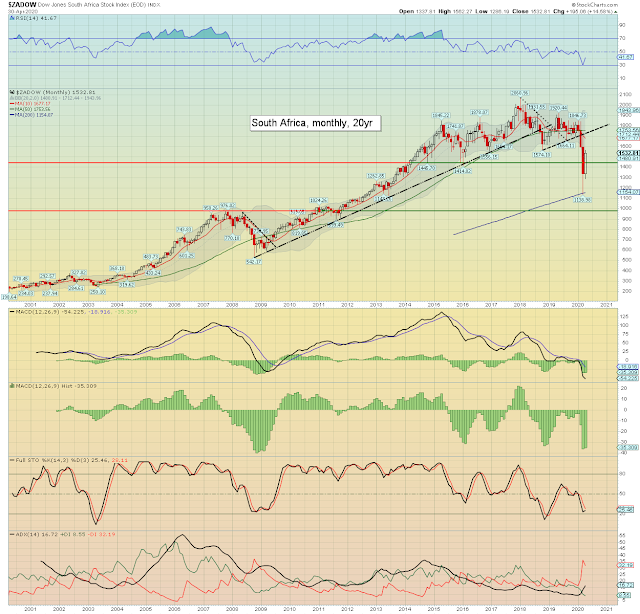 South Africa lead the way higher in April, settling +195pts (14.6%) to 1532, but that still made for a fourth consecutive monthly settlement under the key 10MA. 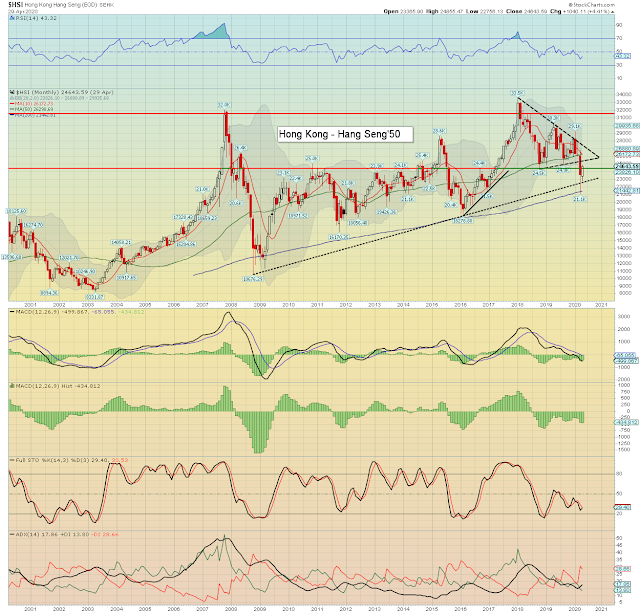 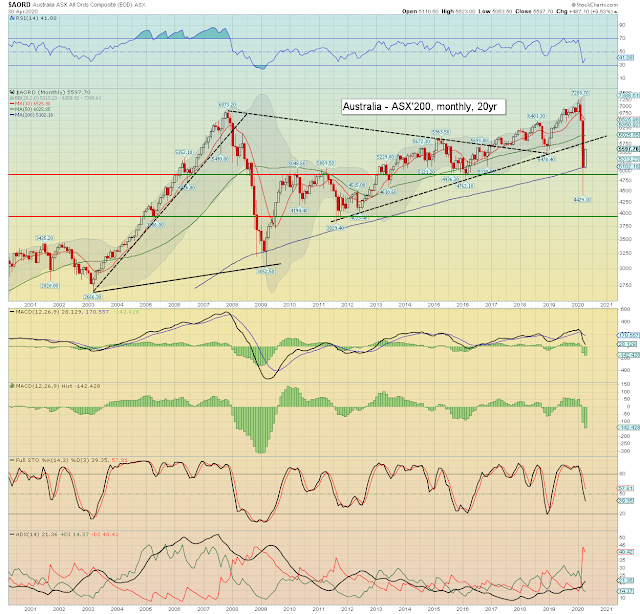 All ten of the world equity markets settled net higher for April.

All ten markets settled below their respective monthly 10MA, which made for another bearish monthly close, as world markets remain mid/long term broken.
-

A somewhat lighter week is ahead...

April was a monstrously bullish month for world equities, but it just made for a bounce/retrace, of the Feb>March collapse wave. May sure didn't start on a bullish note though, with next Monday not likely to open so pretty.

The ultimate issue remains... when the lockdown ends, how many of the traumatised sheep will return to the shopping malls, be willing to step onto an airplane, or take a cruise? Sure.... some will, but many won't, at least for some months.

My perception is that the mainstream cheerleaders remain largely in denial about the societal shockwave that has occurred, and the mid/long term economic implications. Again, I'm not talking about 'all', but if just 10% of people permanently change their life styles - such as working from home, or avoiding air travel, it will have very significant implications.

In any case, further trillions of stimulus - such as an infrastructure bill (largely funded via the Fed), are coming, as we're a little further along the twisted and dark path... within the twilight zone.

Have a good weekend
--
*the next post on this page will likely appear 5pm EDT on Monday.
Posted by Trading Sunset at 16:52:00
Email ThisBlogThis!Share to TwitterShare to FacebookShare to Pinterest
Newer Posts Older Posts Home
Subscribe to: Posts (Atom)