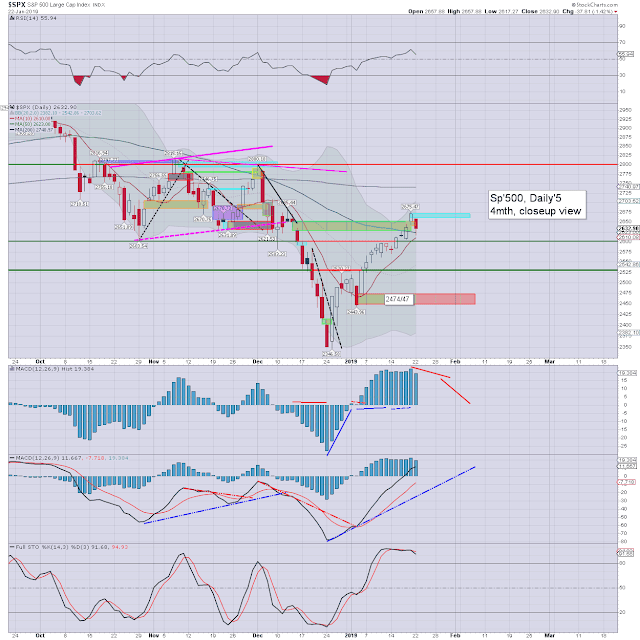 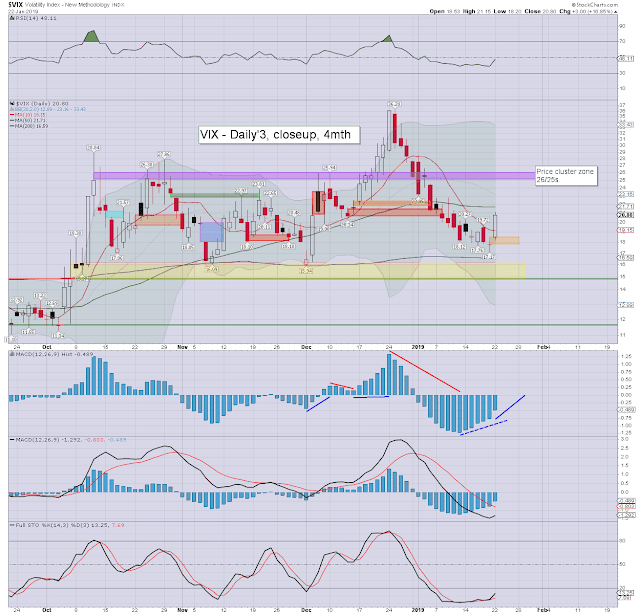 US equities opened on a moderately weak note, and steadily slid all the way into the late afternoon. Kudlow was wheeled out in the closing hour, to deny earlier reports that provisional US/China trade talks have been cancelled. 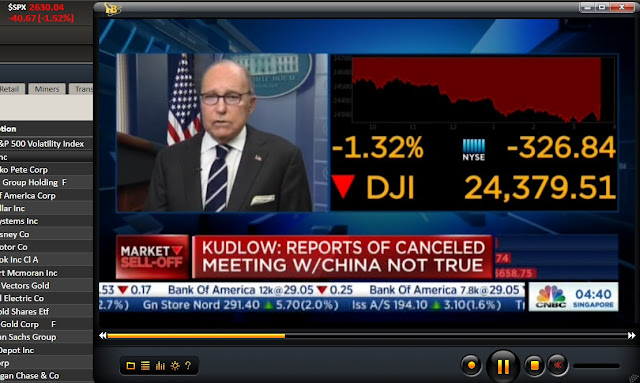 -
Regardless of Larry, the daily close does give provisional confidence that last Friday was a s/t high, after a hyper ramp from 2346>2675.

Volatility naturally jumped, with the VIX settling +16.8% at 20.80. S/t outlook threatens some degree of Wednesday equity bounce, but the slightly broader trend into end month is bearish. It'd seem 2550 is pretty straight forward, with secondary of the 2470/40 gap zone. Whether the bears can just keep pushing from there... very difficult to say.

I will just add, an eventual test of the 200dma and the monthly 10MA - both in the mid/low 2700s appears a given at some point. I do understand why some believe we'll make it to 3K.. and far beyond. The econ-data would argue against that, including today's existing home sales.
--