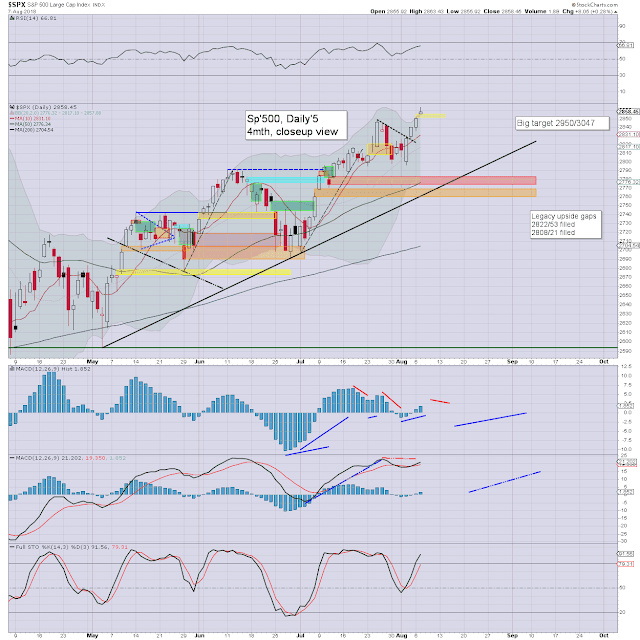 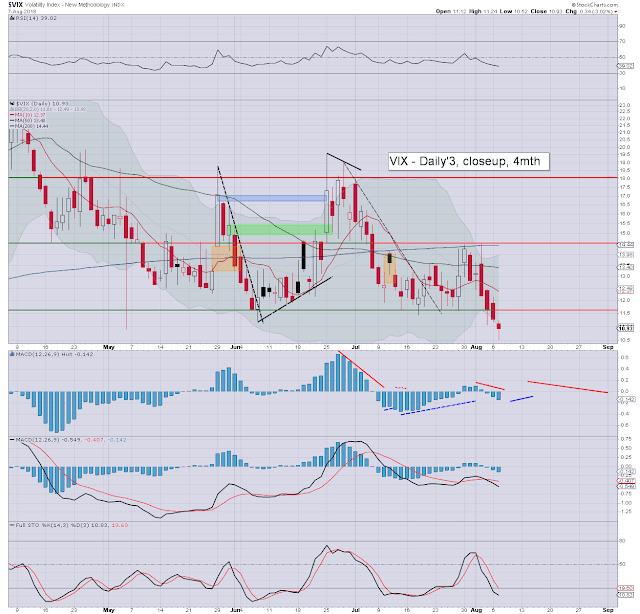 It was another day for the equity bulls, with the sp' breaking a new multi-month high of 2863. There was a subtle late afternoon cyclical rollover, and it does offer the 2830s on Wednesday. That would still leave two legacy gaps to the 2760s, and right now.. that looks out of range. New historic highs remain on track before end month.

Volatility was naturally subdued, with the VIX melting lower for a fourth consecutive day.
-- 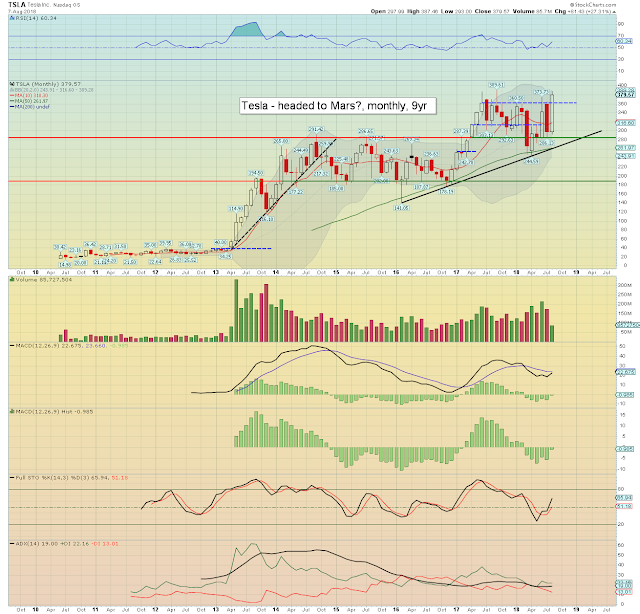 It was certainly a day of drama for Tesla. First, its notable that today's high of $387.46, didn't quite break a new historic high. It does look likely that Tesla will be taken private. Most important of all... most of the existing shareholders will not be selling, and thus is won't likely cost some kind of investment fund more than a few billion. So, before year end, it'll be time to delete the Tesla chart and ticker from our trading platforms.
--