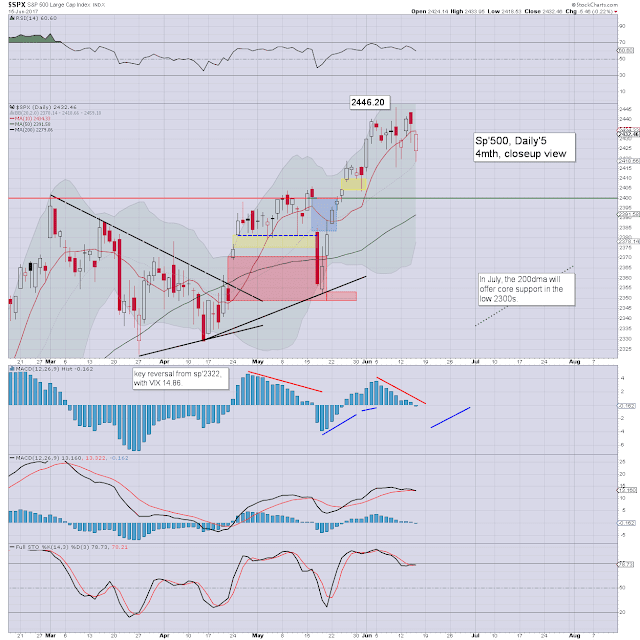 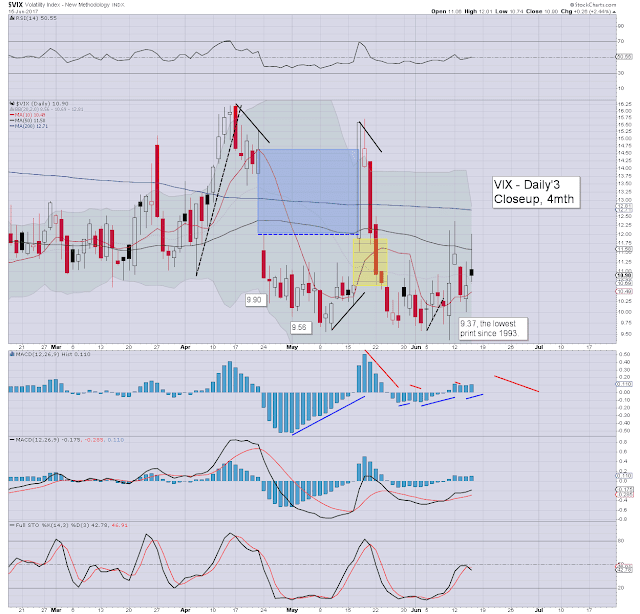 US equities opened broadly lower - lead by the Nasdaq, with a morning low of sp'2418. There was then a rather typical latter day recovery.  Still, it was a second consecutive net daily decline for most indexes, and on balance, the market looks set for further weakness.

Friday is quad-opex, and such days are inherently choppy. If the market trades lower to 2410/2390, there will be extremely high probability of a key floor being put in, with yet another latter day recovery. Bears... beware.
--


Meanwhile... in the metropolis

Some of the populace are starting to get real pissed, as the Grenfell Tower fire story continues to develop. There are a great many issues involved, not least the lack of sprinkler systems, and why many thought it was fine to wrap entire buildings in flammable plastic blocks.

The current death toll stands at 17, but there is background chatter that it might eventually be in the 75-125 range. There is zero mainstream talk (that I'm aware of) about the burnt out husk of a tower being torn down, but I can't imagine it won't be.

There are even still fires within the tower. http://www.bbc.co.uk/news/av/uk-40295505/london-fire-flames-still-visible-at-tower

As noted... it has to be torn down, but what about all the hundreds of others built in the 1960/70s? None of them merit retrofit, they should simply be pulled. Just two years ago, this article highlighted the growing trend of building high rise apartment blocks...

I've no issue with most of the designs, just don't wrap them in flammable plastic blocks!