So much for the provisional floor 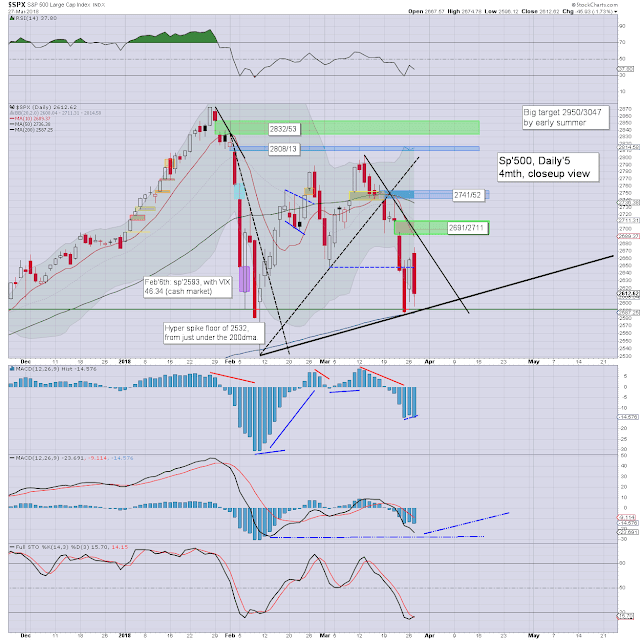 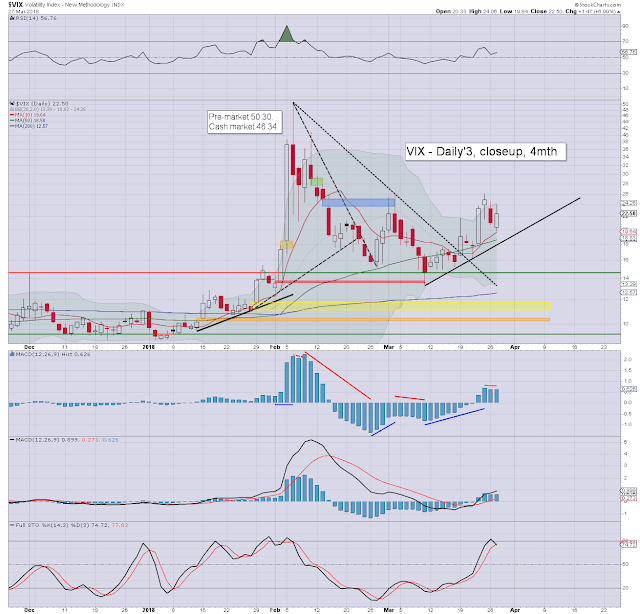 US equities opened somewhat positive, and built gains to 2674. There was a latter day very significant swing lower, with the market in free fall in late afternoon, lead lower by the Nasdaq. With bearish engulfing daily candles for the Nasdaq comp, R2K, and Transports, it bodes for further weakness for the Dow and sp'500 tomorrow/Thursday.

VIX saw a morning break under the key 20 threshold, but it didn't hold for very long, and the VIX settled the day in the mid 22s. It could be argued s/t price structure is a baby bull flag. If correct, the 25/26s would likely be seen within 1-3 trading days.


So much for the 'provisional floor'.

Yesterday's gains were indeed powerful, but they've effectively been fully negated today, in three of the six main indexes.

Right now, the most bearish case is another 5% lower in the main market, to around the sp'2475/50 zone. Its notable there is one remaining legacy gap from Sept'11th 2017 of 2474/61. Even if that is briefly seen, I still expect subsequent new historic highs in another multi-week up wave, but it would viably be the last wave of the grand rally from March 2009. Such a final wave would put in a monstrously clear divergence between actual price, and underlying price momentum - as seen on the bigger weekly/monthly charts.

As things are, with two trading days left of the week/month/quarter, the bears are seizing control.There are other issues of course, not least how other world markets will settle the month. Right now, its still rather mixed, but with a notably weak German and Chinese market. Today's US weakness will likely carry across to Asia/Europe, and that sure won't help the monthly settlement levels.
--