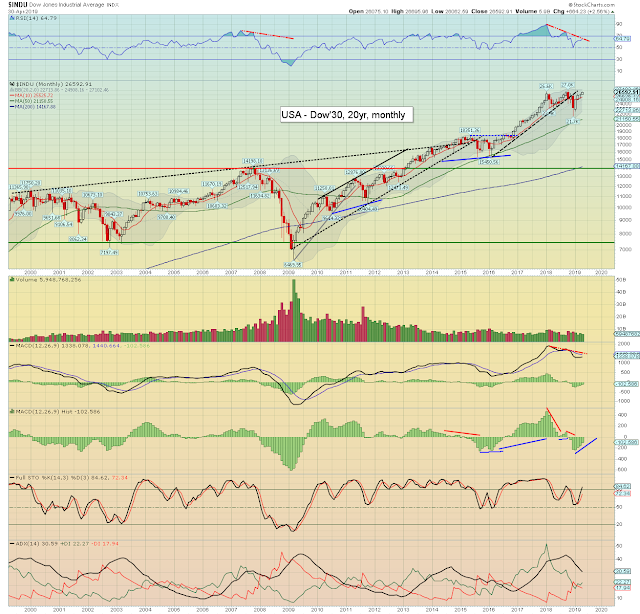 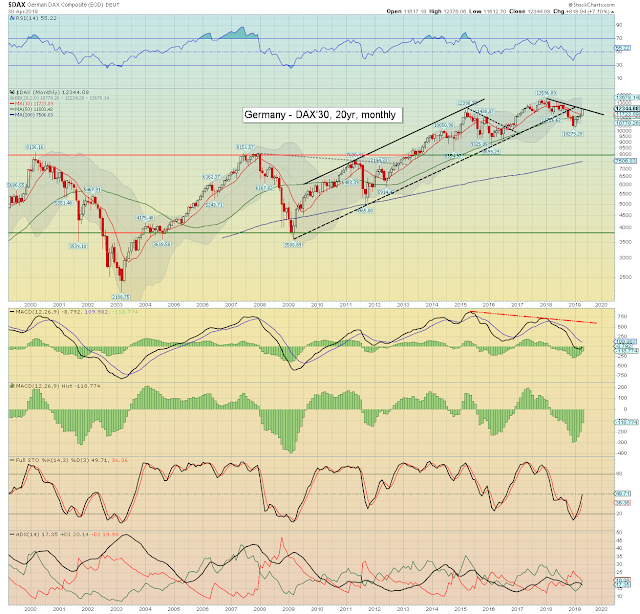 The economic powerhouse of the EU - Germany, saw the DAX climb for a fourth month, settling +818pts (7.1%) to 12344. This was the first monthly close above the key 10MA since July 2018. The continued strength is especially impressive considering the flat-lining German economy. 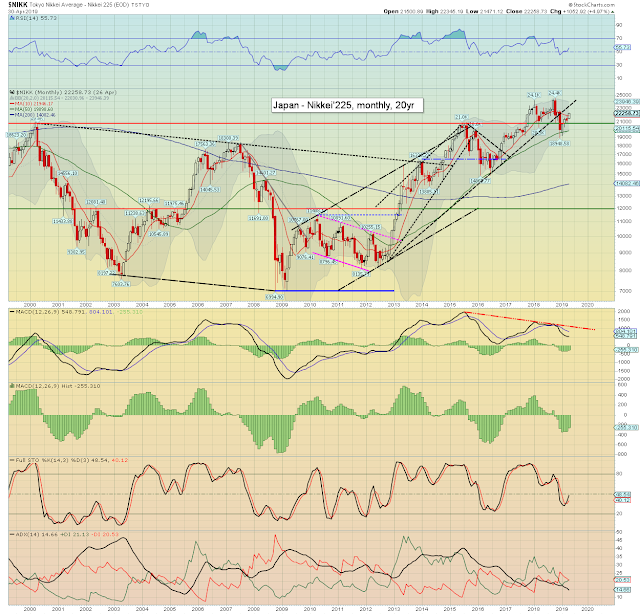 The Japanese market climbed for the third month of four, settling +1052pts (5.0%) to 22258, notably above the key 10MA. Price momentum continues to favour the equity bears, with a major divergence stretching across 2015>2018. 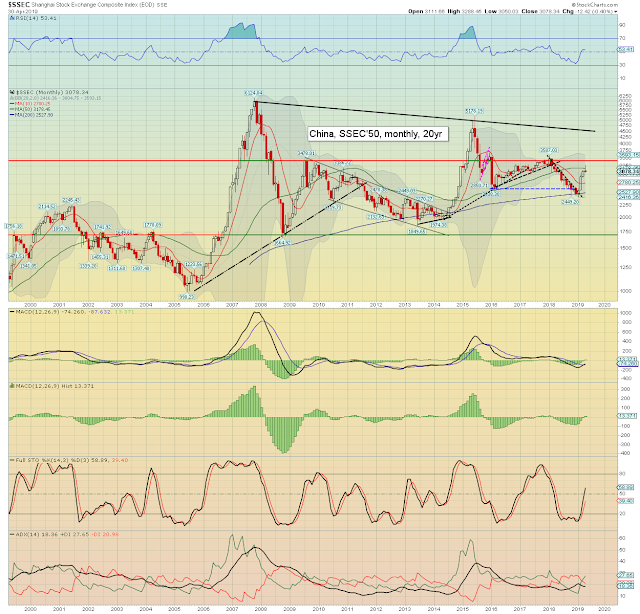 The communist market of China was the laggard in April, seeing a new cycle high of 3288, but settling -12pts (0.4%) to 3078. Monthly price momentum still turned outright positive though. A challenge of the 3400s is due within a few months. The China bulls need to see >3500 to have confidence. The real issue is whether the communists at the PBOC want to generate a bubble strong enough to push >3500, or let things broadly churn for another year or two. 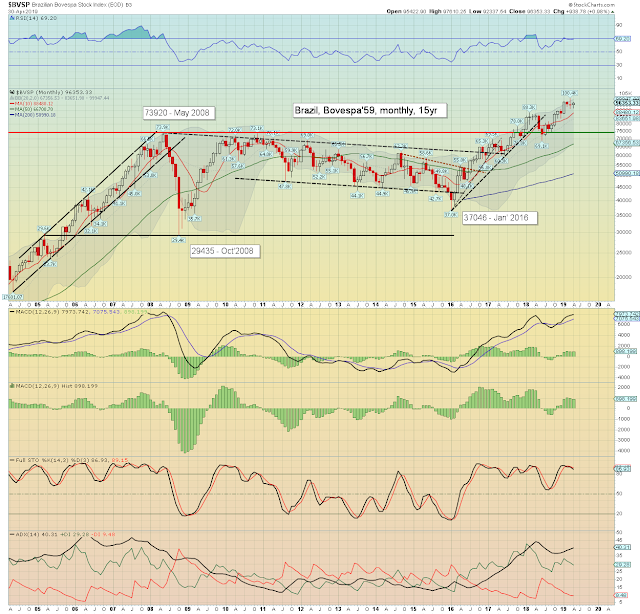 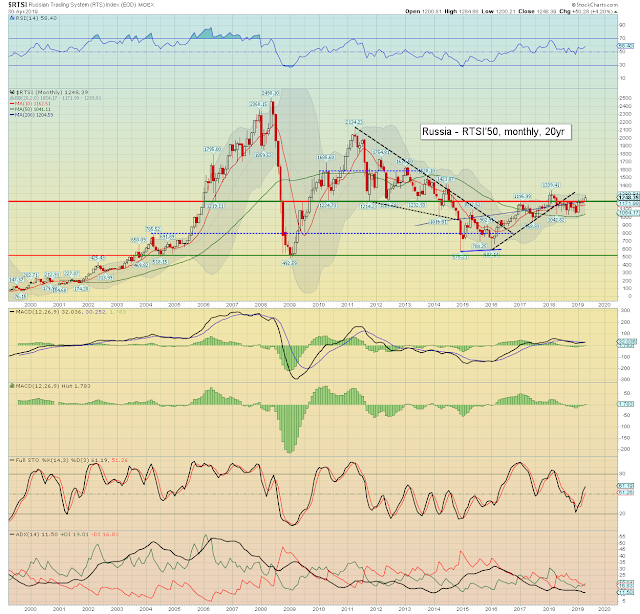 Russian equities settled +50pts (4.2%) to 1248. The monthly close above the 1200 threshold is pretty bullish, and offers a run to psy'1500 by late summer. Higher energy prices would really help this commodity dependent market. 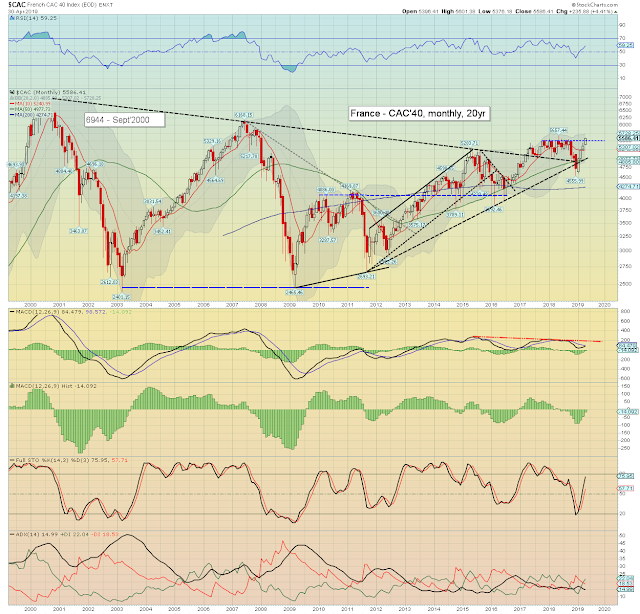 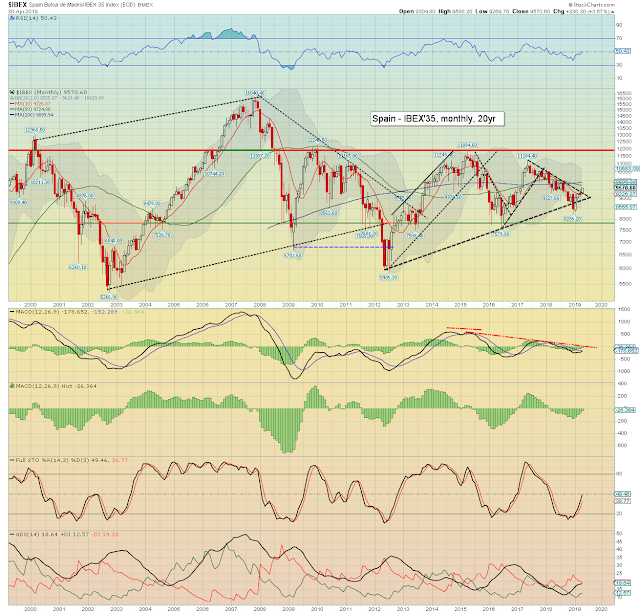 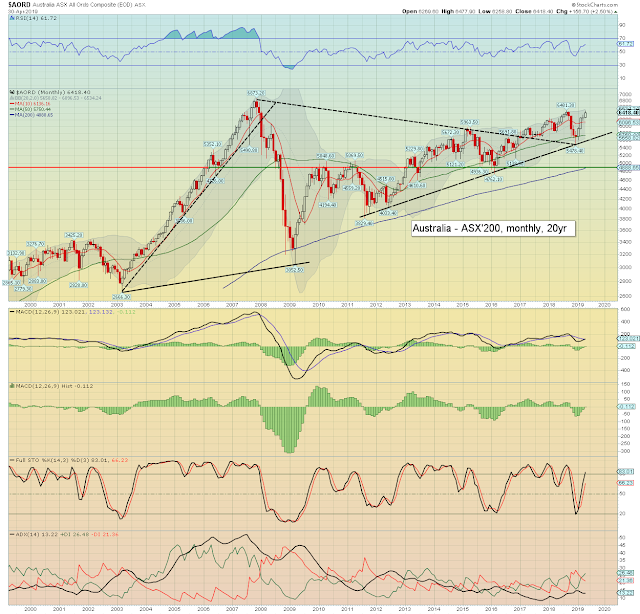 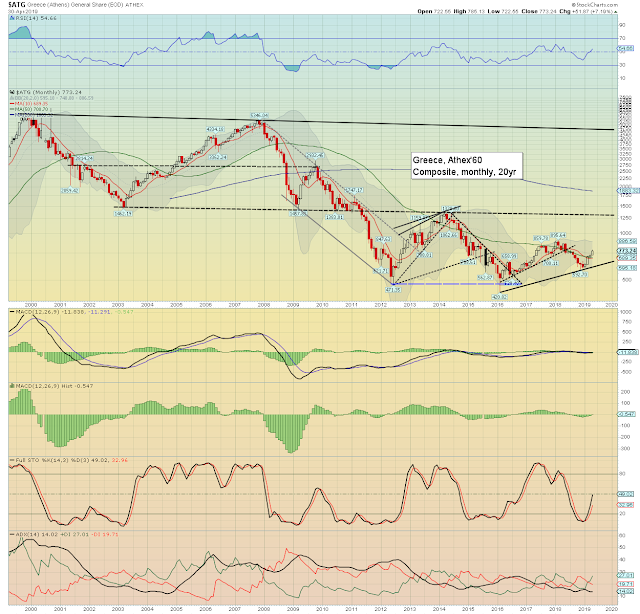 Nine world markets were net higher for April, with one net lower.

Greece and Germany lead the way higher, whilst China was the laggard

All ten world markets are trading above their respective key 10MA.
--

It will be a much lighter week, but with some key earnings...

I believe that a number of recent bullish breakouts in certain individual stocks, are offering an indication for where the US, and most other world markets are headed this summer. I could highlight a fair number, but the following will have to suffice... 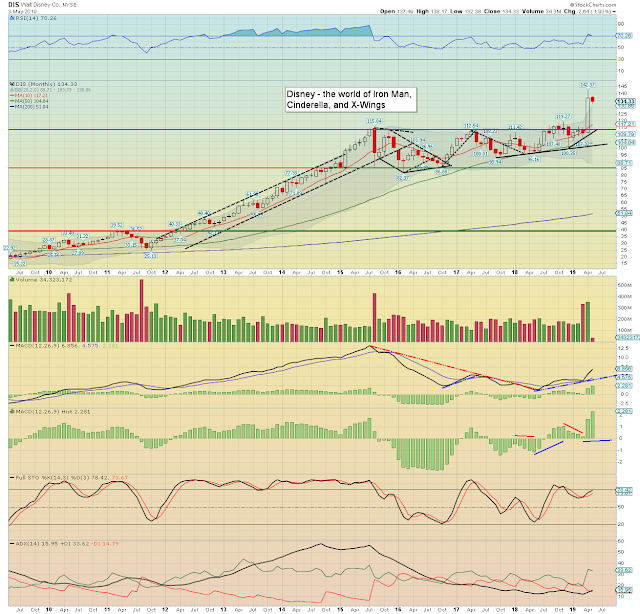 After becoming broadly stuck since Aug'2015, Disney finally broke up and away in April, which now counts as month'1 UP. The stock can be expected to climb for at least another three or four months. Soft target of psy' $150 will surely be exceeded, and its no stretch to seek the $170s by late summer.

If I'm correct about Disney, you can extrapolate to a great deal of other things. I recognise some of you won't accept that admittedly bold assumption. In any case, the US and other world markets (and that includes China) are currently ALL broadly trending upward.

Meanwhile, the wind down of the QT program has begun, and will conclude by end September. From there, yours truly will be looking for rate cut'1. Whilst the market might initially rally on it (as it did in Sept'2007), a key l/t top could then be sought.

The wild card is Trump, whom if he gets his way, would see QE4 initiated before any kind of market implosion. Print Central is no doubt standing by, as even their own research dept' expects the next round to total around $2.5trn. We're in crazy times... which are going to just get ever more crazy.
--

Have a good weekend
--
*the next post on this page will likely appear by 5pm EDT on Monday.
Posted by Trading Sunset at 17:00:00
Email ThisBlogThis!Share to TwitterShare to FacebookShare to Pinterest
Newer Posts Older Posts Home
Subscribe to: Posts (Atom)