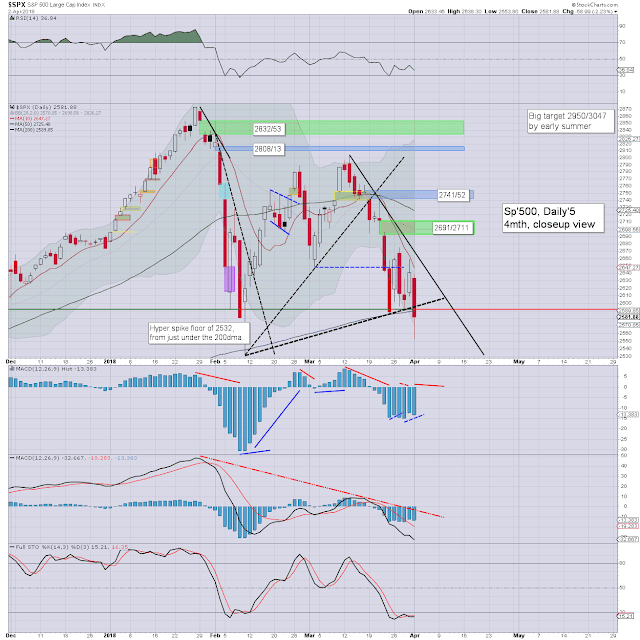 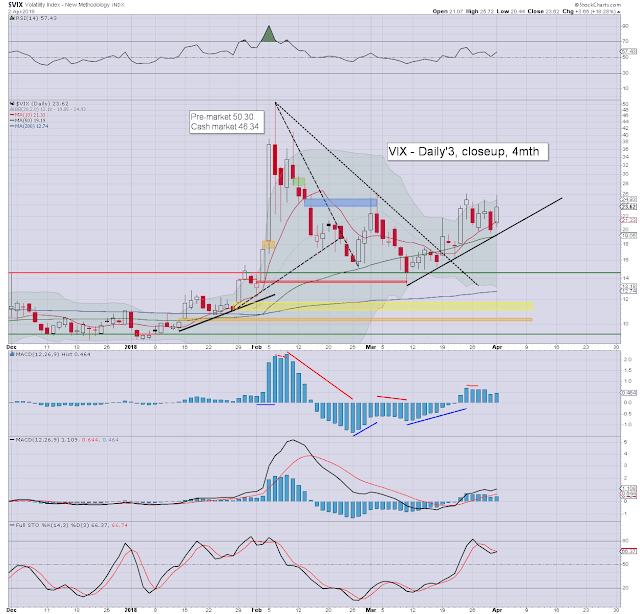 US equities opened moderately weak, and after the Dow turned briefly positive, things began to unravel. The s/t cyclical setup always favoured the equity bears, and indeed, it was a day for the bears. The break of the 200dma was decisive, and has opened the door to the last remaining 'legacy gap' of sp'2474/61. There are a few other aspects of key support in that area, not least the monthly 20MA.

Volatility was naturally on the rise, with the VIX settling in the 23s. Its notable that whilst some indexes are back to the Feb' lows, the VIX remains very subdued relative to the Feb' highs. Those seeing the Jan' equity high as a key mid/long term top, should be at least somewhat concerned.