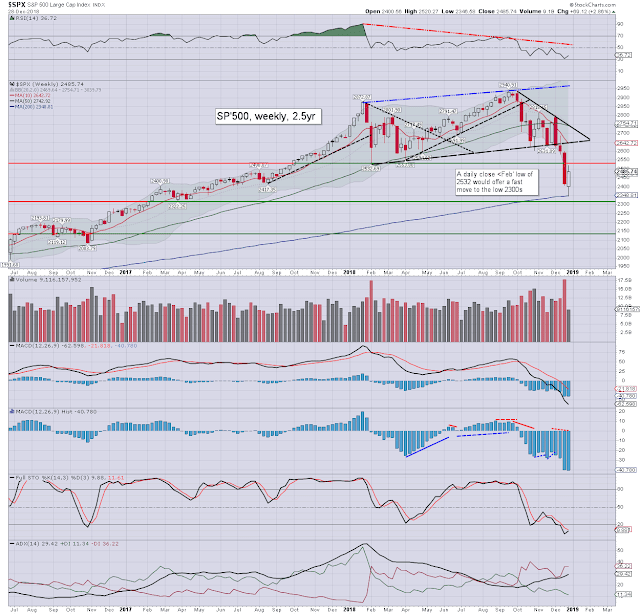 The spx broke a new multi-year low of 2346, which was notably from around the 200wma. For the week, a net gain of 69pts (2.9%) to settle at 2485. Despite the recovery, price momentum continues to weaken, and remains at levels not seen since the height of the financial crisis in Oct'2008. 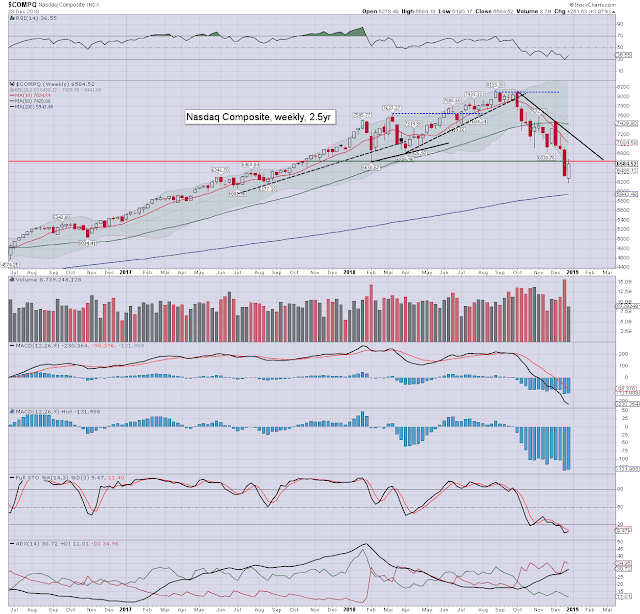 The Nasdaq broke a new low for the year of 6190, but settled +251pts (4.0%) at 6584. The weekly settlement is effectively at the old support floor. Its entirely possible this is enough of a bounce, with further downside to giant psy'5k. The more bullish could seek s/t upside to around 7k, but even that won't be enough to dent the broader downward trend from the August high of 8133. 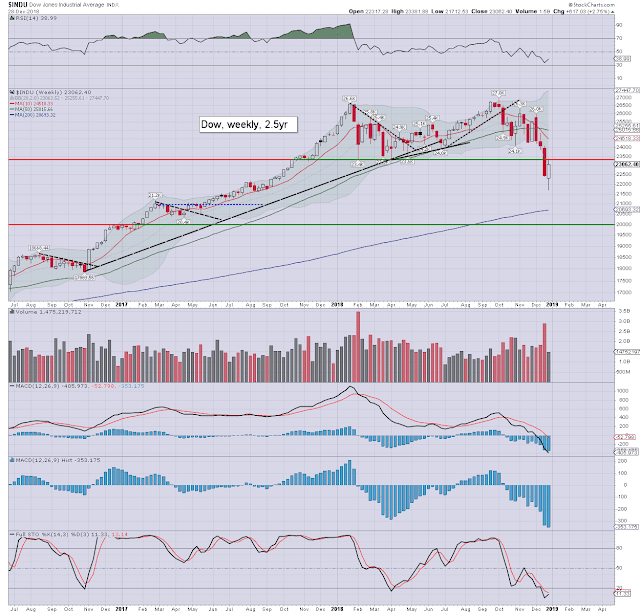 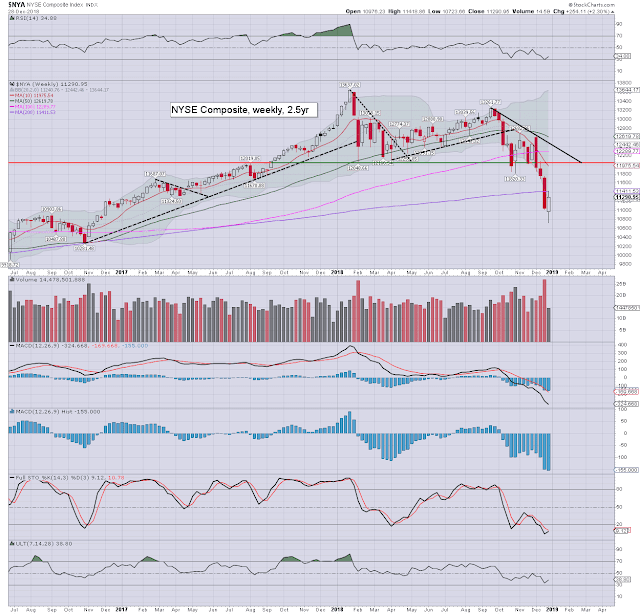 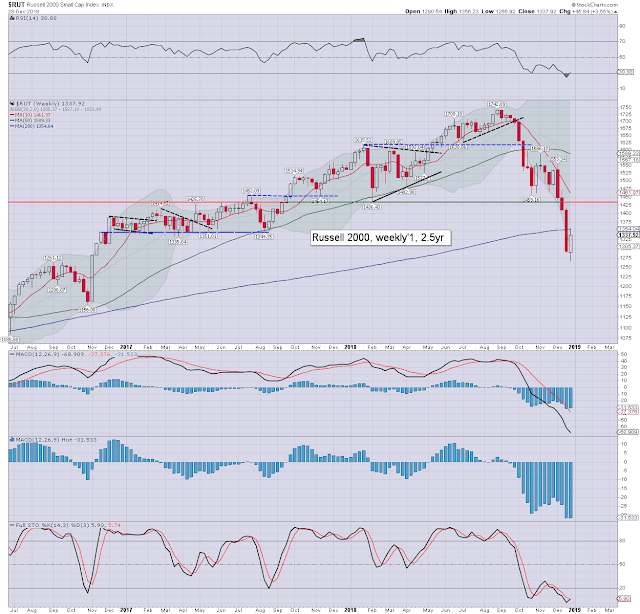 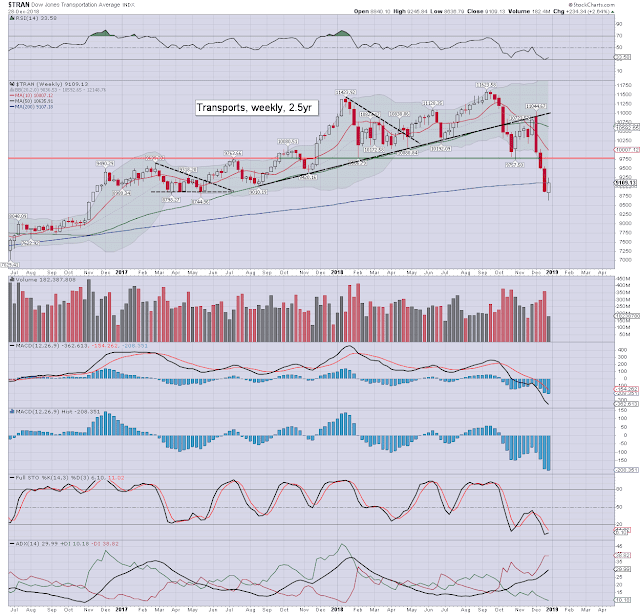 The Nasdaq and R2K are leading the way back upward, with the Trans and NYSE comp' lagging.

The NYSE comp', R2K, and Transports, have seen almost all of the post-election Trump gains eroded.

*As Monday is New Years Eve, increased volume can be expected, especially in the late afternoon. The s/t cyclical setup favours the equity bears into year end, whilst the bigger daily cycle offers a positive start to 2019 on Wed' Jan'2nd.

**Fed chair Powell will be speaking Friday morning, with other panelists of Yellen and Bernanke. Mr Market will most definitely be listening. Its possible the event will be televised on the various financial networks.
--

*the next post on this page will likely appear 5pm EST on New Years Eve.
Posted by Trading Sunset at 17:00:00
Email ThisBlogThis!Share to TwitterShare to FacebookShare to Pinterest
Newer Posts Older Posts Home
Subscribe to: Posts (Atom)