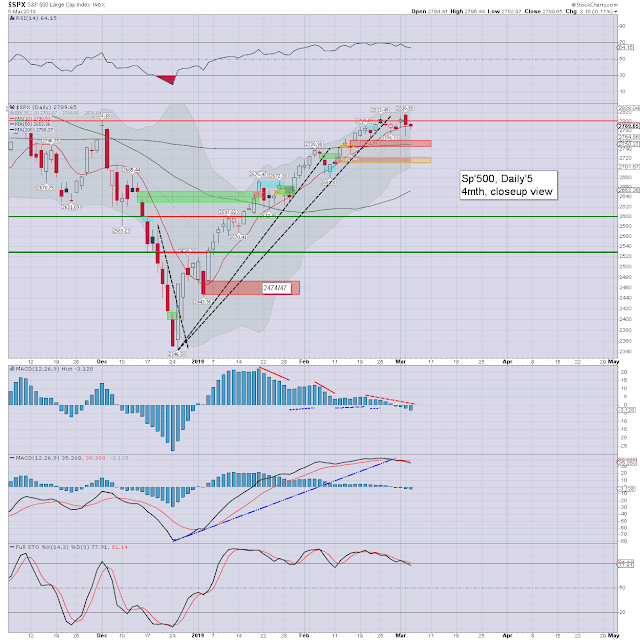 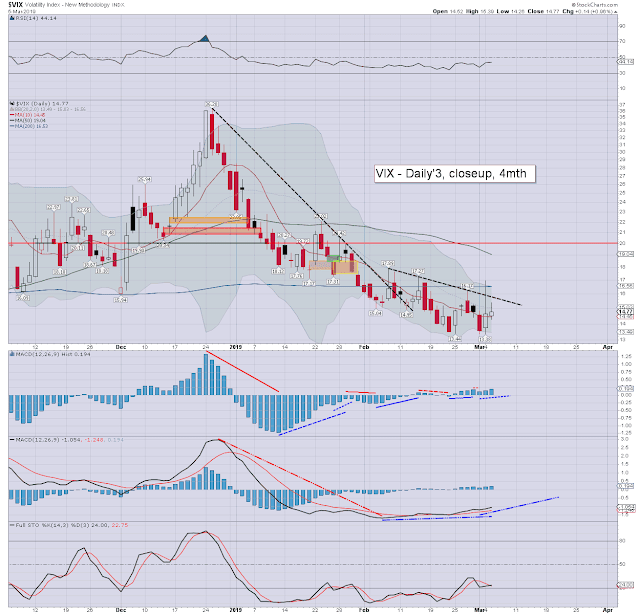 US equities opened with minor chop, saw a cooling wave to 2782, but that was all the bears could muster. There was a rather standard rebound, with indexes turning fractionally positive. The afternoon saw minor chop, with a micro drop into the close, as the bulls can't manage any daily closes >2800.

Volatility itself was very subdued, with VIX printing 15.39, but then melting back into the upper 14s. The Monday morning low of 13.38 - with sp'2816, are key floors/ceilings, at least for this week. 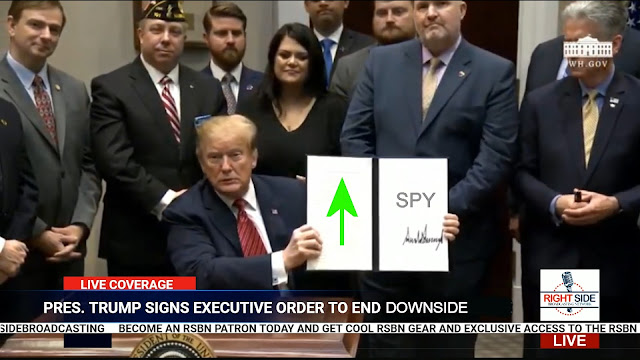 Seriously though, the sad truth is that most (not least the cheerleaders on clown finance TV) would prefer the US govt', along with the Federal reserve, to make illegal any 'price discovery'.

The end of QT is going to occur later this year, a date might even be announced as early as the March 20th FOMC. From there, its just a case of when QE4 is initiated. Arguably, we'd need to see a very significant multi-month equity down wave for the Fed to have a valid excuse.

Having already bought Govt T-bonds and Mortgage backed securities, next on the shopping cart menu are corporate bonds, and then ETFs/stocks. Whilst the latter might sound like crazy talk, the truth is that the Japanese, Swiss, and a number of other central banks have already progressed to that stage of insanity. The endgame isn't far off now.