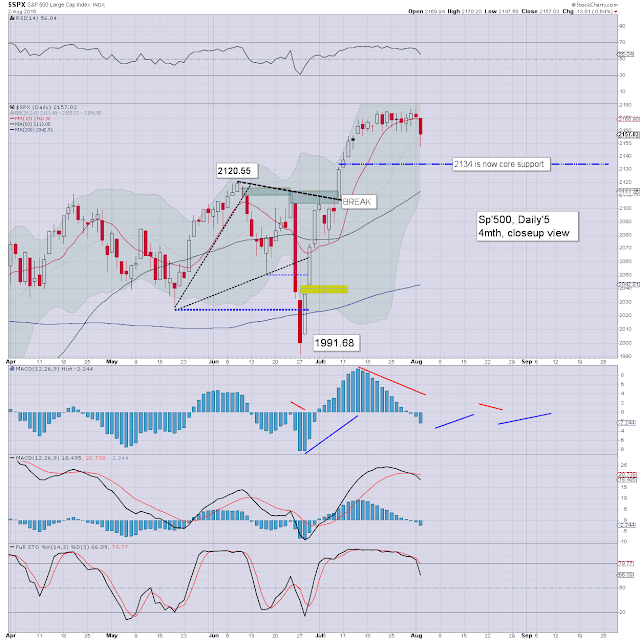 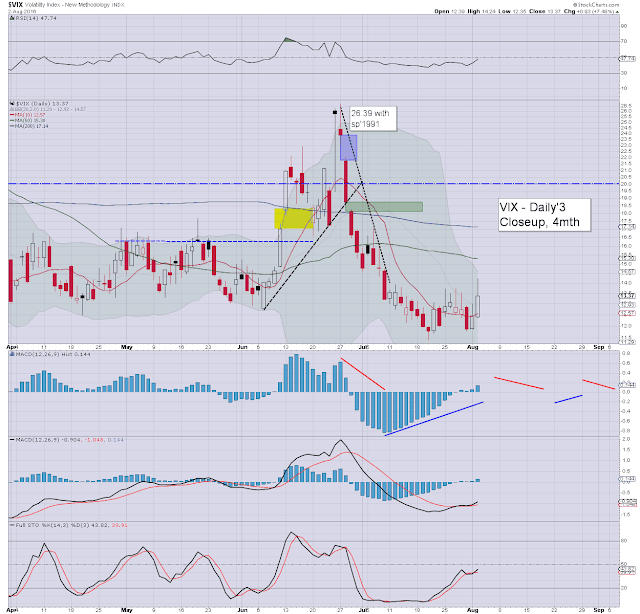 The past three weeks have been exceptionally tedious, and today saw (make up your own reason for what the trigger/excuse was) the first significant weakness since June 27th. Even the VIX managed a daily close in the low teens.

A retrace to back test the breakout level of the sp'2130s was always a threat, and it would seem we'll see the 2130s - with VIX 15s, within the next few days.

What should be clear though, underlying price pressure is even more bullish than June/July... and it would still seem we'll push for the sp'2200s by late Aug/early September.
-- 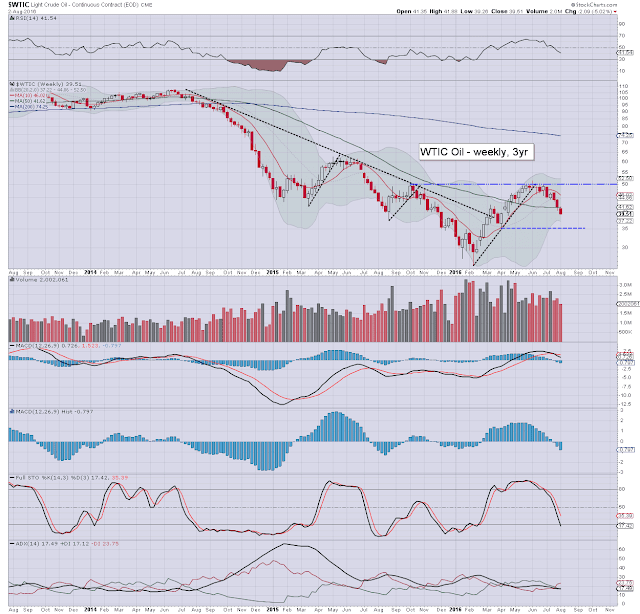 A daily close in the mid $39s, with next support - the April low of $35.24. The big psy' level of $50 is now 25% to the upside, and is clearly out of range until at least September. There is a viable inverse H/S formation - from last Aug' low of the $37s. If we find support in the $37s.. any price action back >$40 would offer credence to that theory. The subsequent upside target would then be $60, which would be a rather monstrous 62% of upside.

In any case, Oil is an extremely important commodity to keep in mind.
--