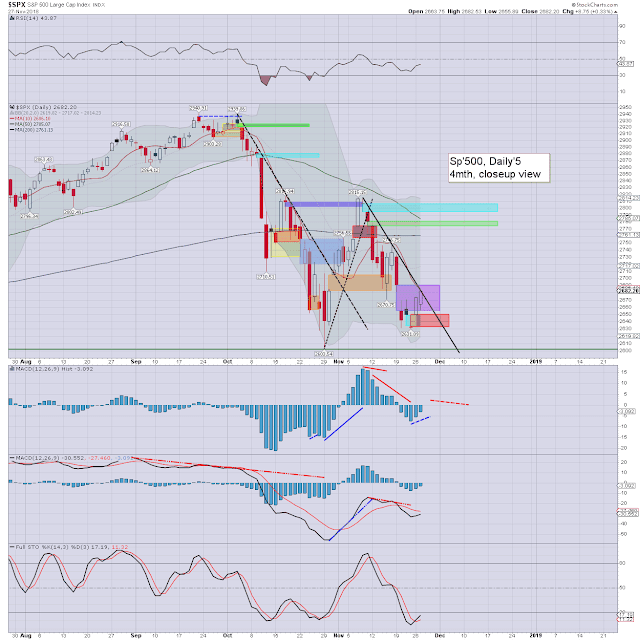 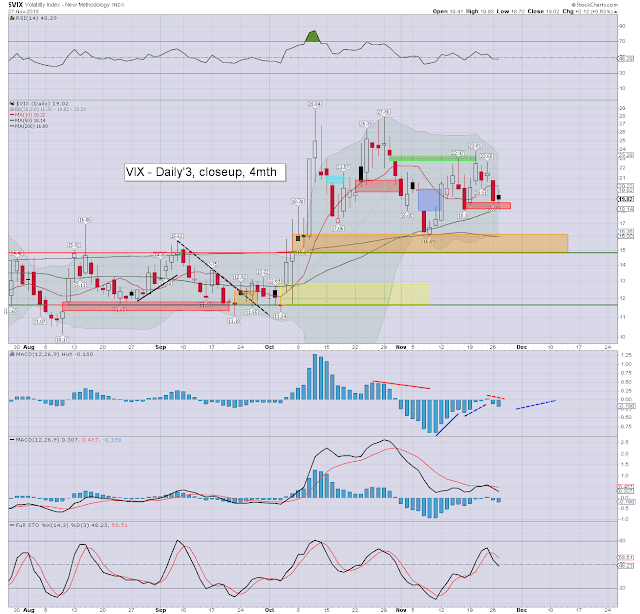 US equities opened moderately weak, on the excuse of Monday-AH trade comments from Trump. Equities did reverse by mid morning, with a number of indexes turning fractionally positive. The afternoon saw further chop, leaning on the upward side.

Volatility was itself subdued, with the VIX settling fractionally higher in the low 19s.
--

Wednesday will see Powell speak at the Economic Club of New York, and will garner live coverage on the financial networks. 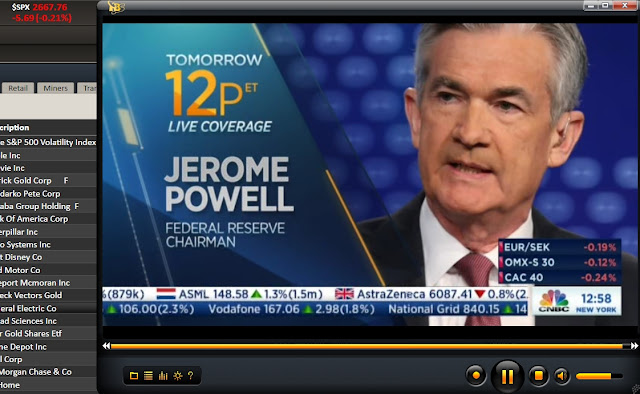 The mainstream want to be assured that Print Central will be data dependent across 2019, rather than the market's concern of a 'base case of 3 or 4 hikes'. I'm sure Powell has a carefully scripted speech, that will attempt to placate the capital markets. The Dec'19th FOMC is still set to see rates hiked by another 25bps to a new target range of 2.25-2.50%.

Once Powell is out of the way, the market will be vulnerable to a cooling wave into end month, not least on continuing trade uncertainty.  As things are, we're still on track for an outright bearish monthly settlement.

Goodnight from London
--
If you value my work, subscribe to my intraday service.
For details/offers: permabeardoomster.com