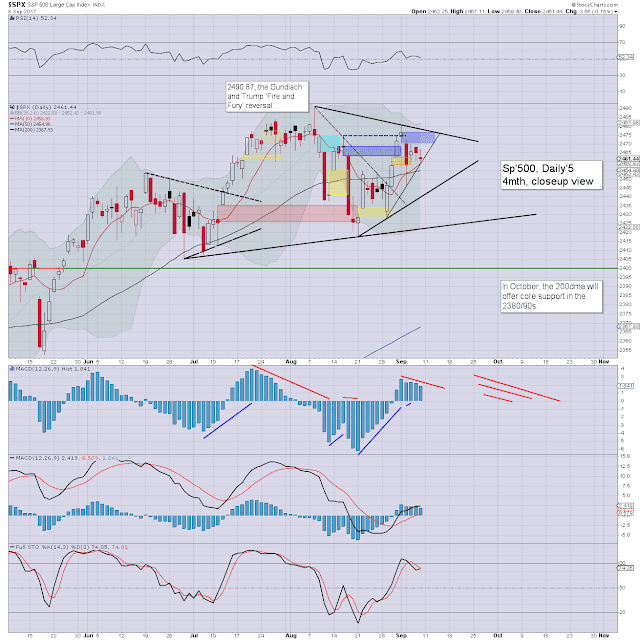 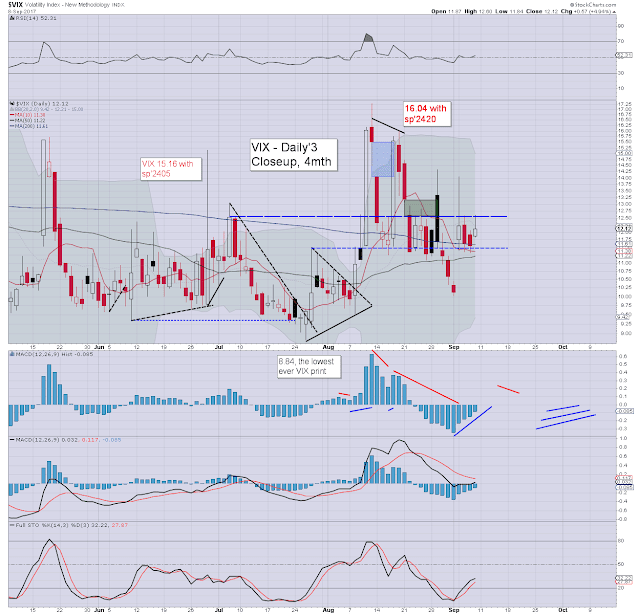 US equities opened a little weak, occasionally turning fractionally positive, but for the most part, it was a day of micro chop.

Whilst equities saw micro chop, it was notable that volatility stayed positive across the day, with the VIX settling in the low 12s. Near term offers the mid teens, and its difficult not to see the key 20 threshold being at least briefly hit by mid October.
-- 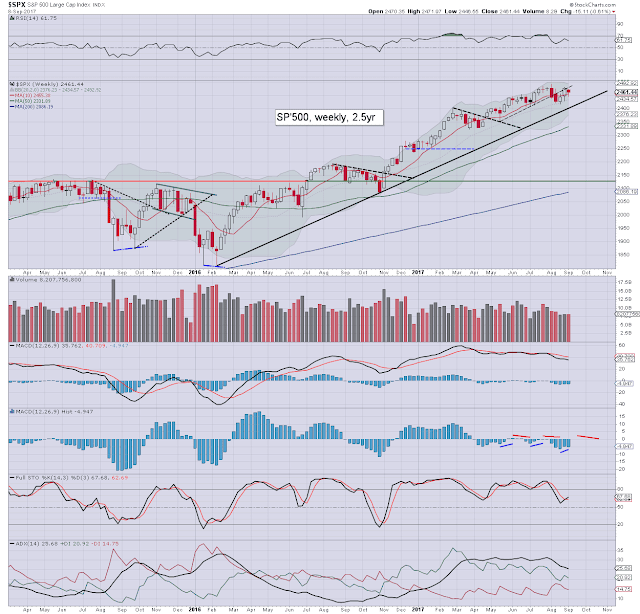 A net weekly decline of -15pts (0.6%) to 2461. Clearly, the mid term trend from early 2016 is still intact. Equity bears need a decisive break <2400 to cause some technical damage. On balance, that does look probable, certainly by the first half of October.
--

*the weekend post will appear Sat'12pm, and will detail the US monthly indexes
Posted by Trading Sunset at 22:07:00
Email ThisBlogThis!Share to TwitterShare to FacebookShare to Pinterest
Newer Posts Older Posts Home
Subscribe to: Posts (Atom)