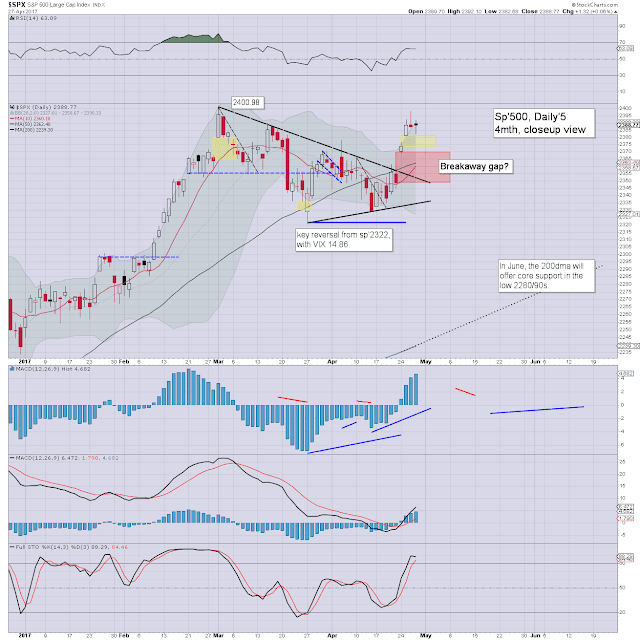 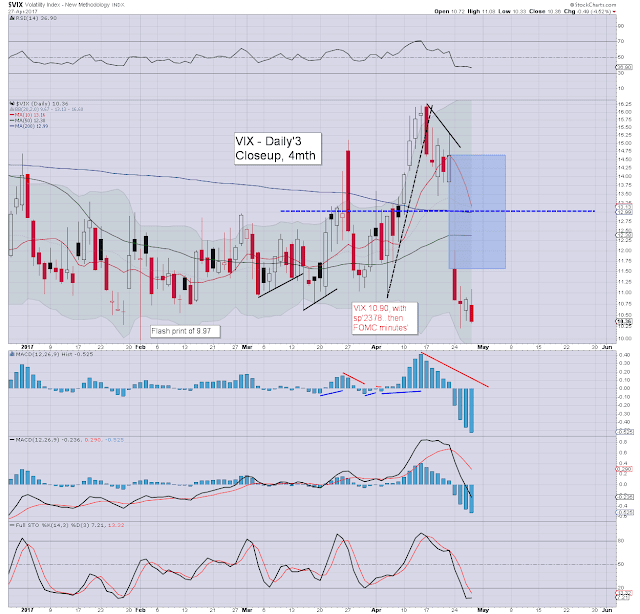 It was a day of moderate chop in equity land, although its notable that the Nasdaq comp' broke yet another new historic high of 6050.

Volatility remains broadly subdued, with the VIX stuck in the sub-teens. The upper end of the gap zone of 12-14.50 looks out of range until at least late next week... just ahead of round'2 of the French election.
--

I read around a lot less these days, as I'm generally tired of the same old nonsense from the usual people. Anyone touting anything overly bearish, needs to go stare at the following for a few hours... 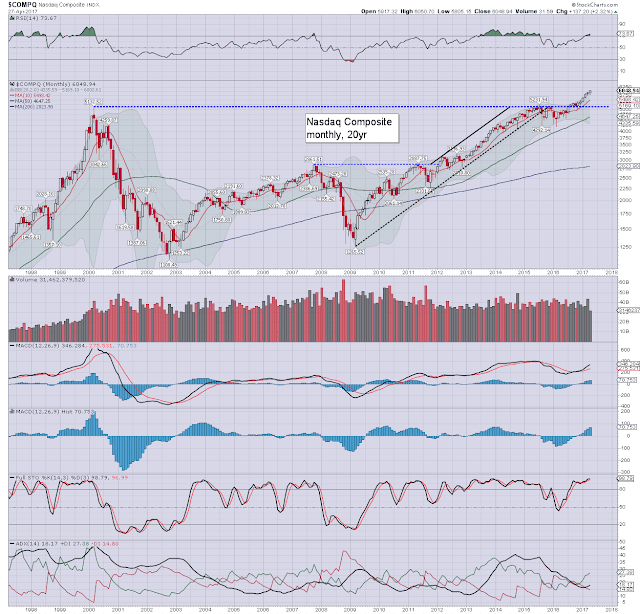 This remains a powerfully bullish market.