The sixth consecutive week higher for the US markets, with most indexes now in their fourth month higher from the post election November low of sp'1343. There is no sign of any turn, or even a levelling phase. Broad trend remains powerfully higher.

Lets take a look at the usual six main US indexes...
*all charts, monthly, 6yr 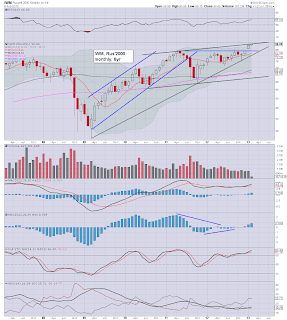 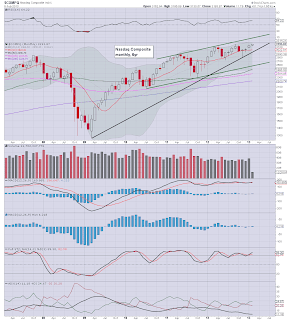 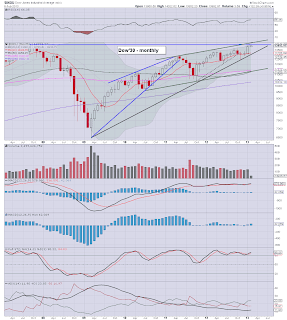 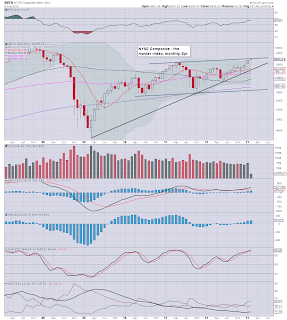 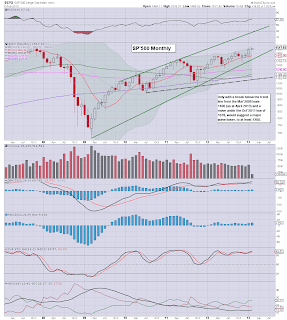 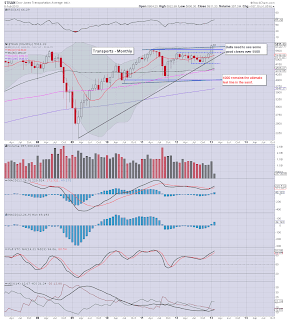 What is there to say, I mean..really? The trend is UP..and there is absolutely no sign of it ending.

The Jan-April trading period is usually one of higher prices, and so I can only assume we'll be broadly battling higher until the late spring. So, that probably means sp'1540/50, if not at least one test of the 2007 high of 1576.

There is a very real likelihood that we'll even be trading in the sp'1600s by April/May. Whether we then see a 10-15% correction, that's the big unknown. My best guess is that we will indeed see a pullback - much like early summer 2012, but that again it won't be too significant.

The only significant econ-data next week is retail sales on Wednesday. Aside from that, it will be somewhat quiet in terms of data.

What should greatly concern the bears is that we have 4 of 5 days being POMO fuelled. Valentines day is a big one, with around 5bn being thrown to the primary dealers.

The much touted retracement - not least also sought by yours truly, has failed to occur, could it really be still a few months away? With continued POMO dollars seemingly likely for months to come, its going to be so difficult for this market to rollover..even a little.

back on Monday
Posted by Trading Sunset at 23:51:00
Email ThisBlogThis!Share to TwitterShare to FacebookShare to Pinterest
Newer Posts Older Posts Home
Subscribe to: Posts (Atom)