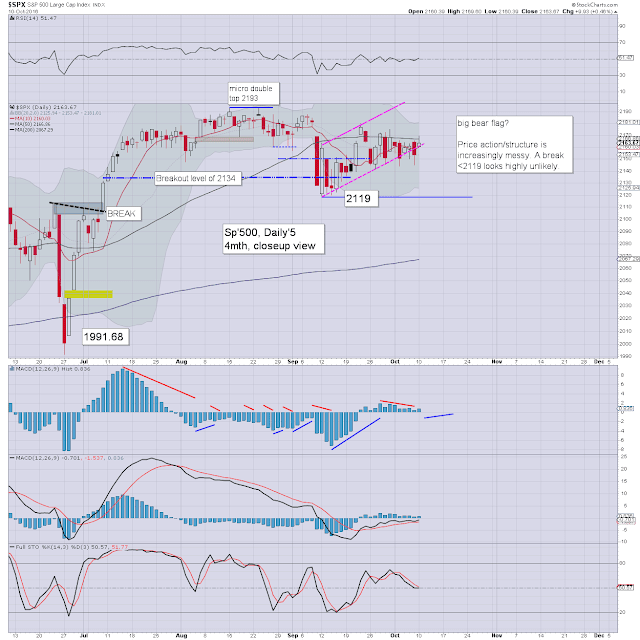 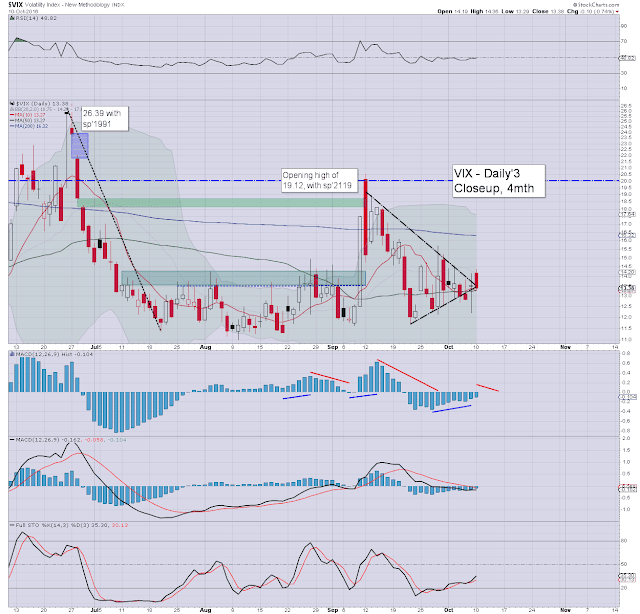 Cyclically - short term, we were on the low side, so it was no surprise to see the market begin the week on a broadly positive note. Most notable, the Nasdaq comp', which came within 2pts of breaking a new historic high.

Naturally, with equities on the rise, the VIX continues to remain subdued. Something to ponder... what about single digit VIX?
--

Tuesday morning will see Alcoa report, and many would agree, that will officially be the start for yet another earnings season.

The US economy is clearly not in recession, and I continue to believe earnings will come in 'reasonable'. That should be enough to allow the market to naturally climb into year end, and probably all the way into spring 2017.

As someone who inherently leans bearish (we all have our flaws, right?), I remain concerned that if commodity prices have seen a key multi-year floor put in.... we're in the very early phase of some really crazy price action.

Yes... it will end badly - even the mainstream have occasionally acknowledged that, but the current rally from March 2009 could easily continue for another year or two.