The US Dollar unquestionably remains the reserve currency of the world. Despite a fair few trillion of Federal reserve printing, the USD is still comfortably holding the critical floor of the low 70s. The Euro or Yen look set to implode first, and thus..King Dollar will surely continue to reign for years to come. 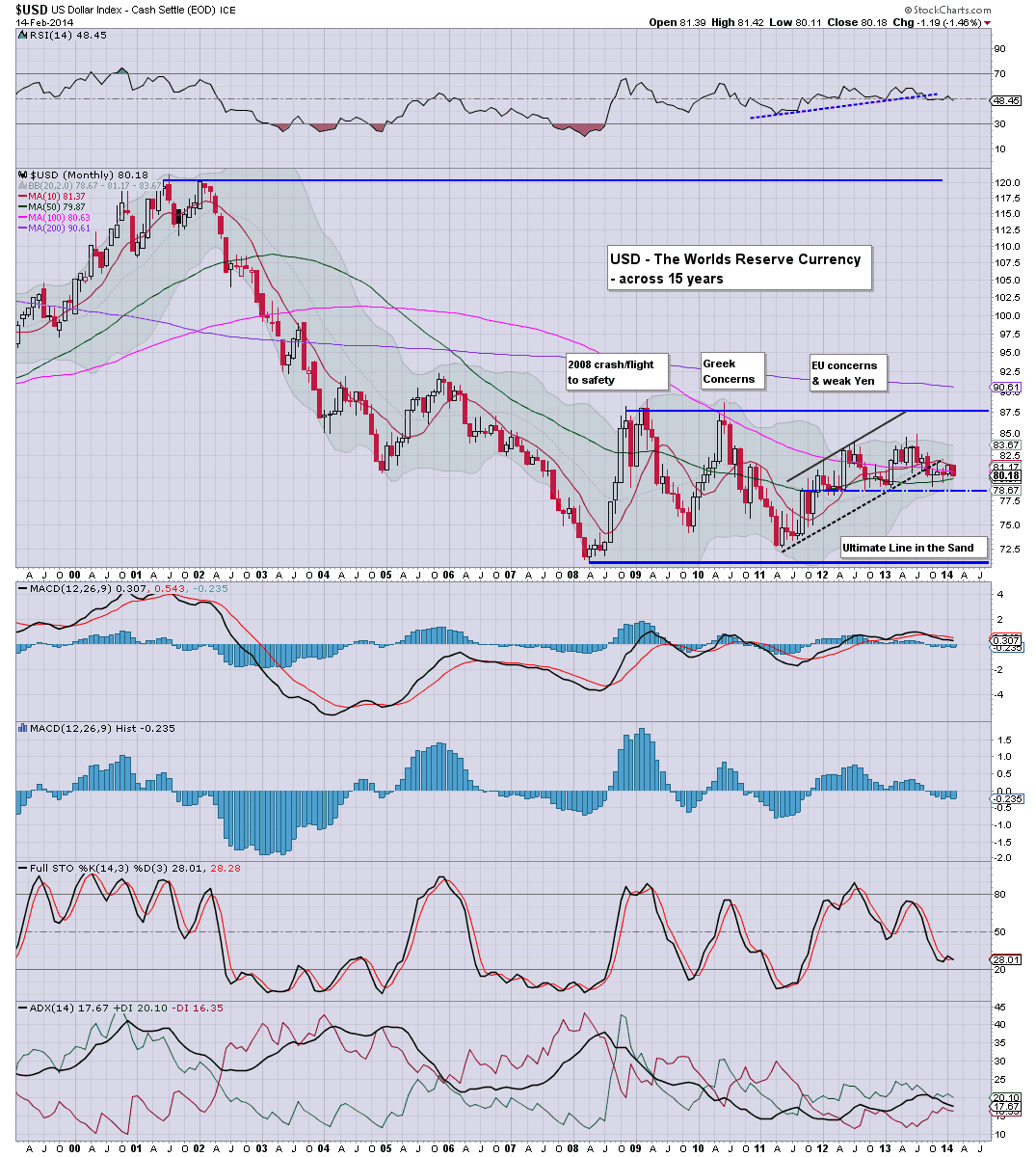 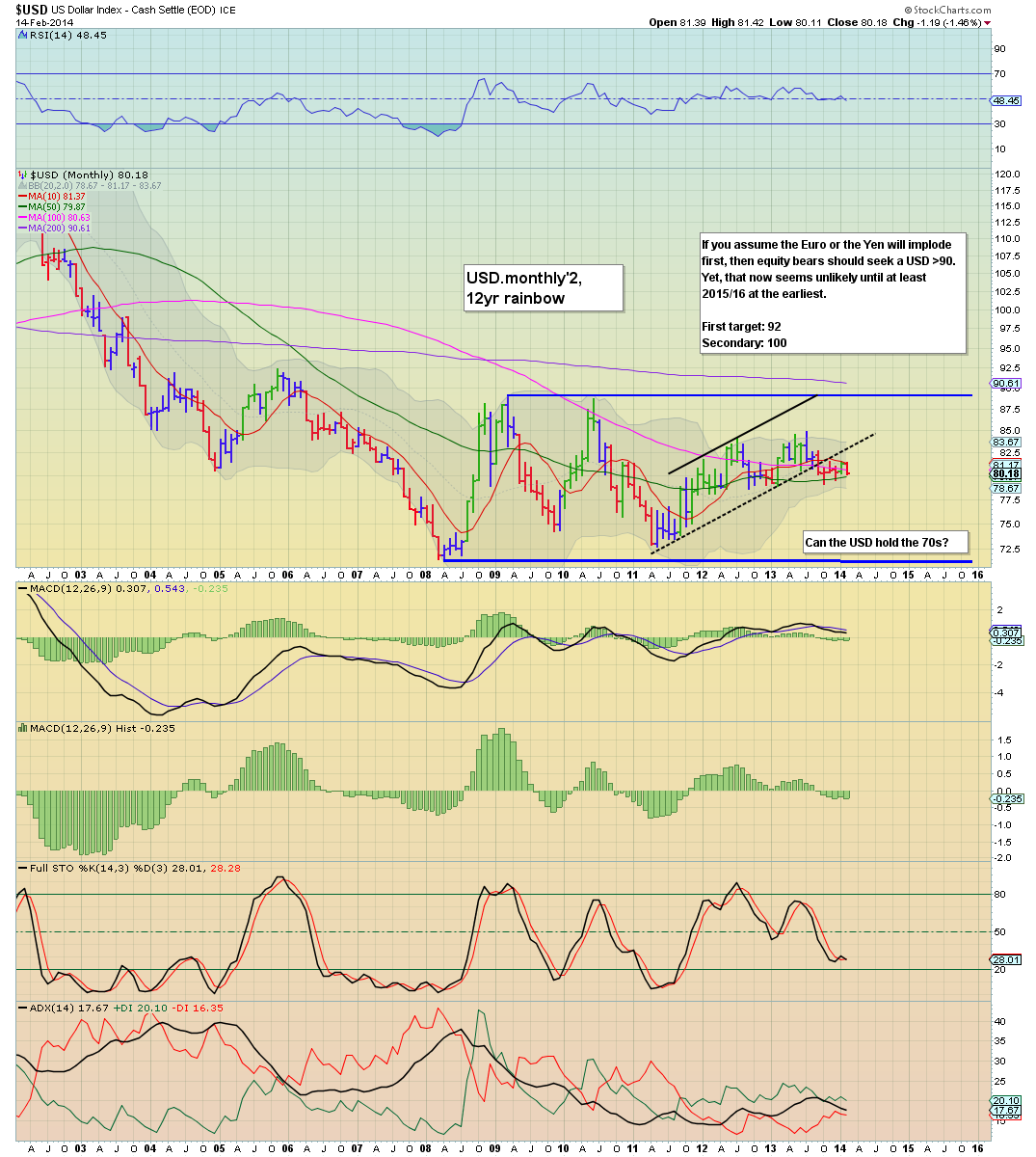 First, I should again note, I am a general supporter of Peter Schiff, having followed him for probably a decade. He was right about the looming property implosion and the 'false' equity market ramp into late 2007. Further, he was bullish gold before most would ever have considered 'stacking it'

Yet, all the 'dollar doom' talk has come to nothing. Neither have we seen the huge inflation that Schiff - and many other doomers touted. That certainly doesn't mean its not coming, but hey, after six years, I'm now highly skeptical of the still incessant 'dollar doom' talk.


Regardless, an interesting interview, Hunter and Schiff

From a pure chart perspective, the most notable aspect on the big monthly charts are the bollinger bands. They have never been tighter in at least 20 years. At some point we're going to break out of the current tight range.

Barring a break <70, the 'dollar doomers' - of whom I would include Schiff, should frankly shut up. They won't of course, much in the same way that the Gold bugs were touting 'buy buy buy' all the way from $1900 to the $1100s.

Of course, any rise in the USD this year would be a downward pressure on equities and commodities - especially the precious metals. Although Gold is a tricky one to predict, since it might briefly benefit in terms of a 'safety trade'.

Anyway, for now, we can still tout.... Long live the King, right?
--
more later...probably on T-bonds.
Posted by Trading Sunset at 20:00:00
Email ThisBlogThis!Share to TwitterShare to FacebookShare to Pinterest

WTIC Oil managed the first weekly close in the $100s since last December. Near term outlook is moderately bullish, to the 103/105 zone. Monthly charts have resistance in the 105/107 zone. It appears highly unlikely that Oil will manage to break and hold the $110s this spring.


*With the US markets closed, lets take a look at a few random bits and pieces across today.
-- 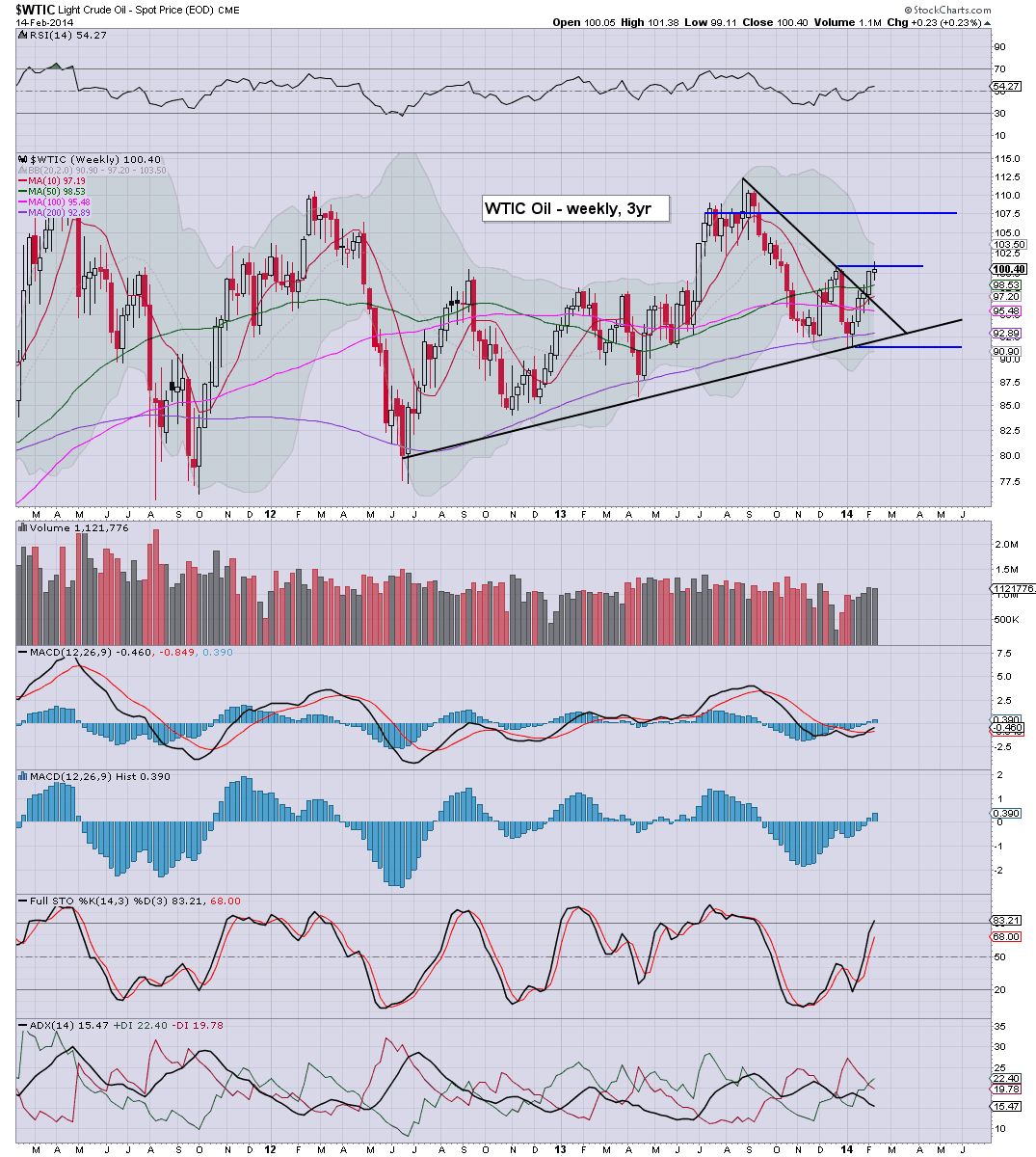 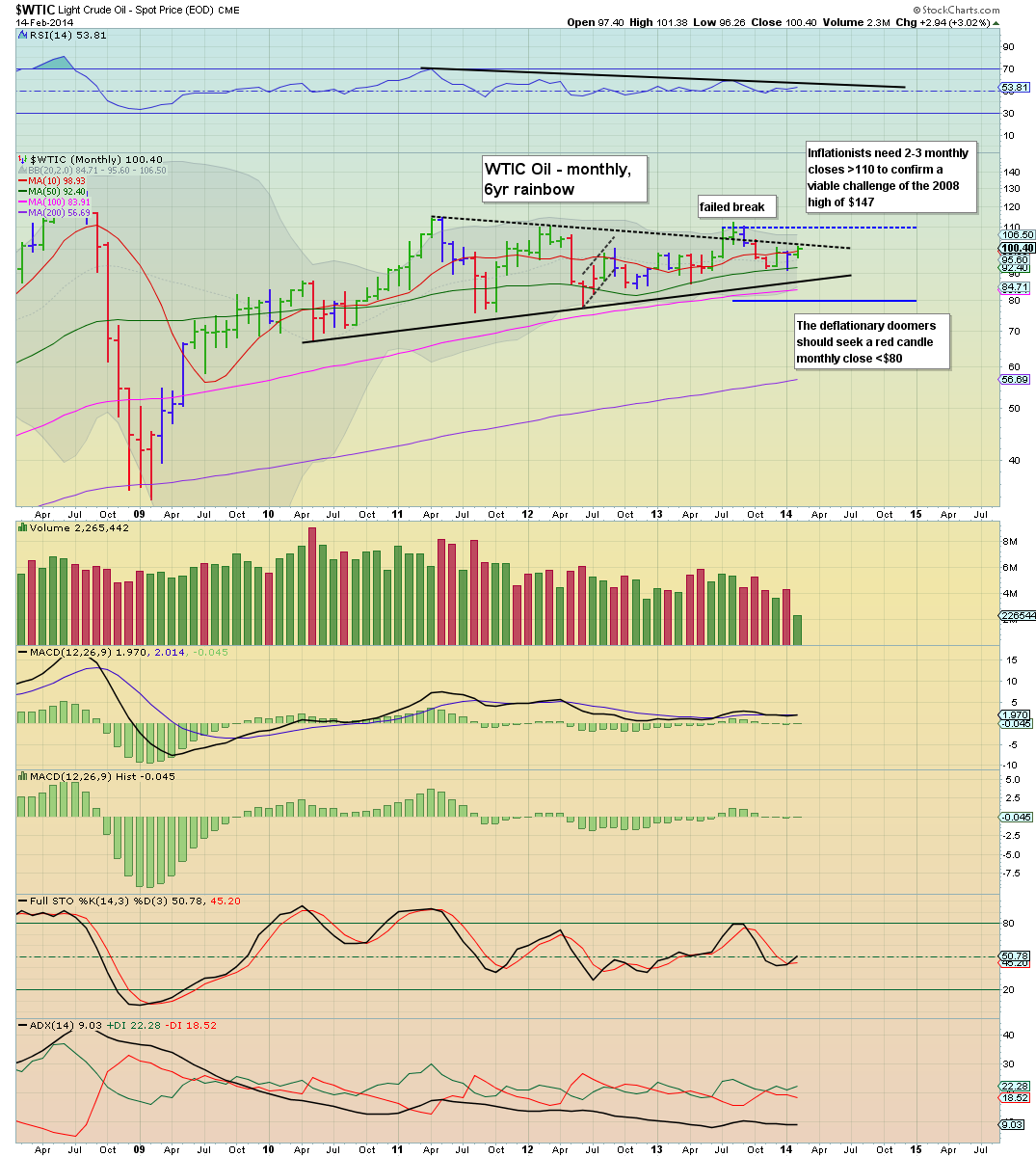 Since the initial jump from the collapse wave lows of early 2009, Oil has traded in an increasingly tight range for over four years.

We have two clear break levels. To the upside, there is $110, whilst a downside break would be $80.

Sooner or later Oil is going to break, and unless you think global demand is going to collapse and/or increasing supply, the likely direction will surely be to the upside.

*I will note it will be 'interesting' to see Oil react if there is any conflict (however brief) in Asia this summer.
--