Meanwhile, at the Seagate crypto desk... 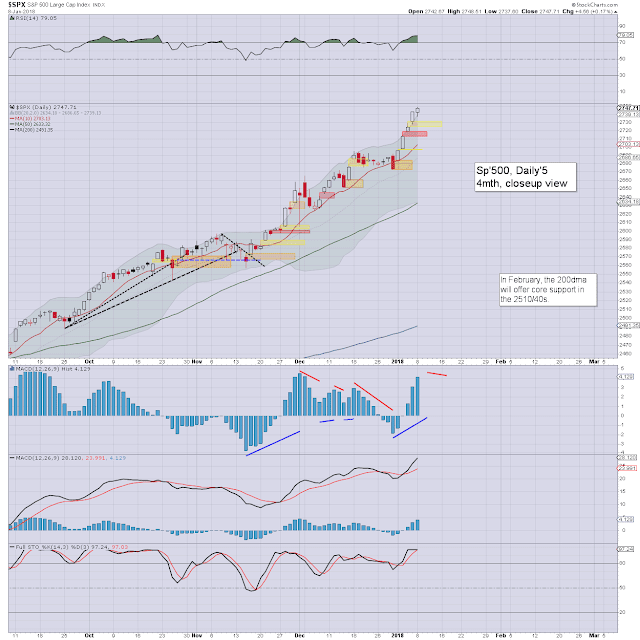 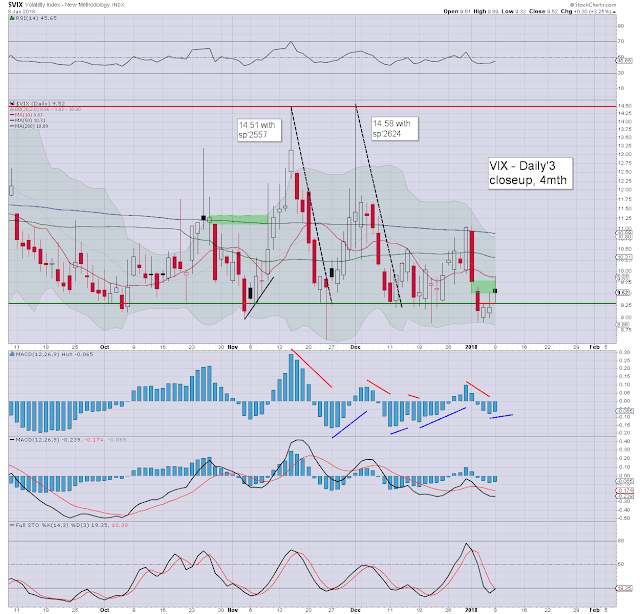 US equities open a little weak, but the Nasdaq comp' quickly broke a new historic high, and was later followed by the other five main indexes: sp, dow, nyse comp, r2k, and transports. With a sextet of index highs, it was indeed just another day for the equity bulls.

Volatility was naturally subdued, with the VIX stuck in the 9s. Even the low teens look a stretch in the near term. The key 20 threshold looks out of range until we've at least reached the sp'2950/3037 zone.
--

As I was trawling through hundreds of stocks for my pre-market brief this morning, I noticed Seagate (STX) higher by around 15%. After a little digging, I discovered the stock was soaring on the news that it had disclosed it owns 4% of the crypto coin of Ripple.


Whilst most just read the story for what it was, I am left with the following thoughts/questions...

-Someone at Seagate was given permission to start speculating in crypto coins.
-Who authorised this, and why?
-Seriously, what the hell? A drive maker, now has a desk, with an individual/team, buying/selling crypto coins.
-How exactly is this remotely a reasonable use of shareholder/company funds? How many other mid/large cap' companies are also (quietly) running a crypto desk?

-To me, today's disclosure is an ugly red flag for Seagate. Are they struggling that much, they feel desperate enough to start speculating in crypto coins? Or are they just overly confident that they can boost their profits via financial speculation?

-Should we expect sister stock Western Digital (WDC) to also be meddling in such things?

These are crazy times, and indeed, we really shouldn't be surprised at such things, but I guess I am.
-- 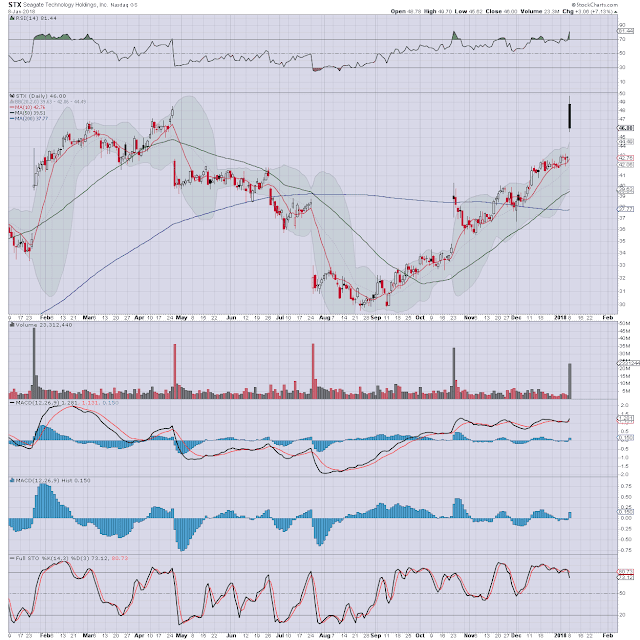 That is one wild black-fail daily candle, and is inherently bearish in the near term. Interestingly, the news just kept on coming in AH... 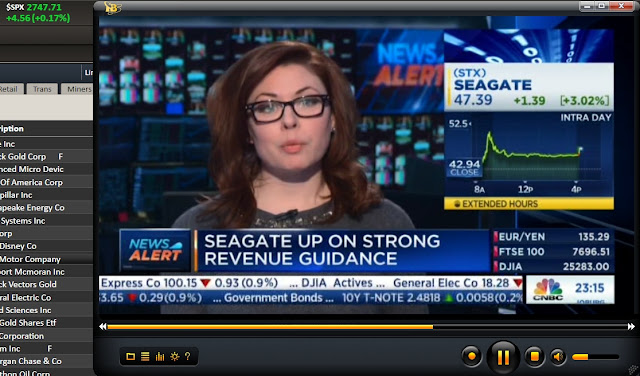 The company issued a report with raised guidance, sending the stock up another 3% or so. Now I have to ask... is that partly based on expectations for the crypto coin of Ripple?