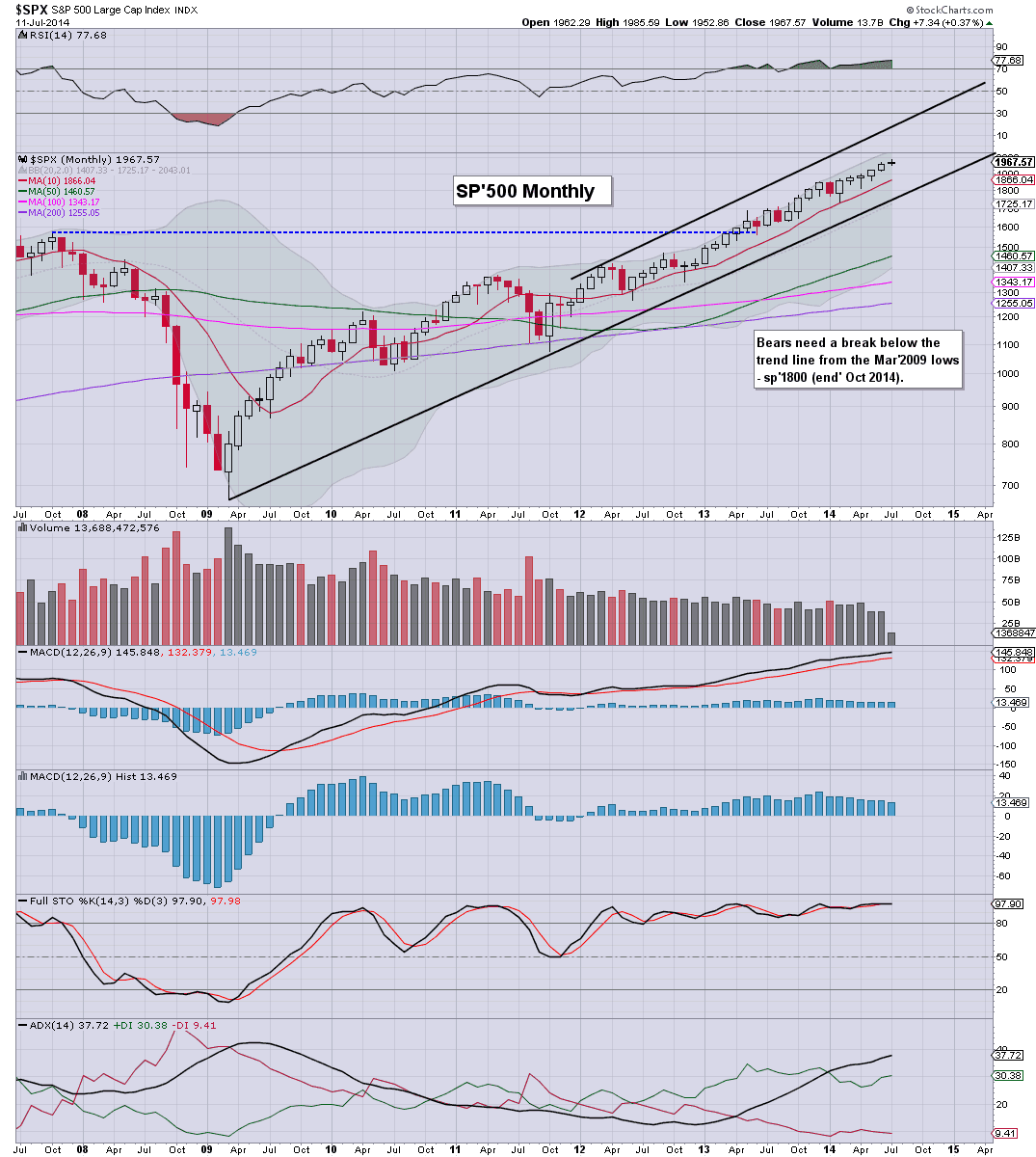 Equity bears can't have any confidence of a trend change unless we break back under 1900, and preferably the monthly 10MA - currently @ 1866. Even then, there is core rising trend support from the 2009 low, currently around 1750.

Upper bollinger on the monthly cycle is offering the 2040s in the immediate term, although weekly cycles will be restrictive of that until mid August. 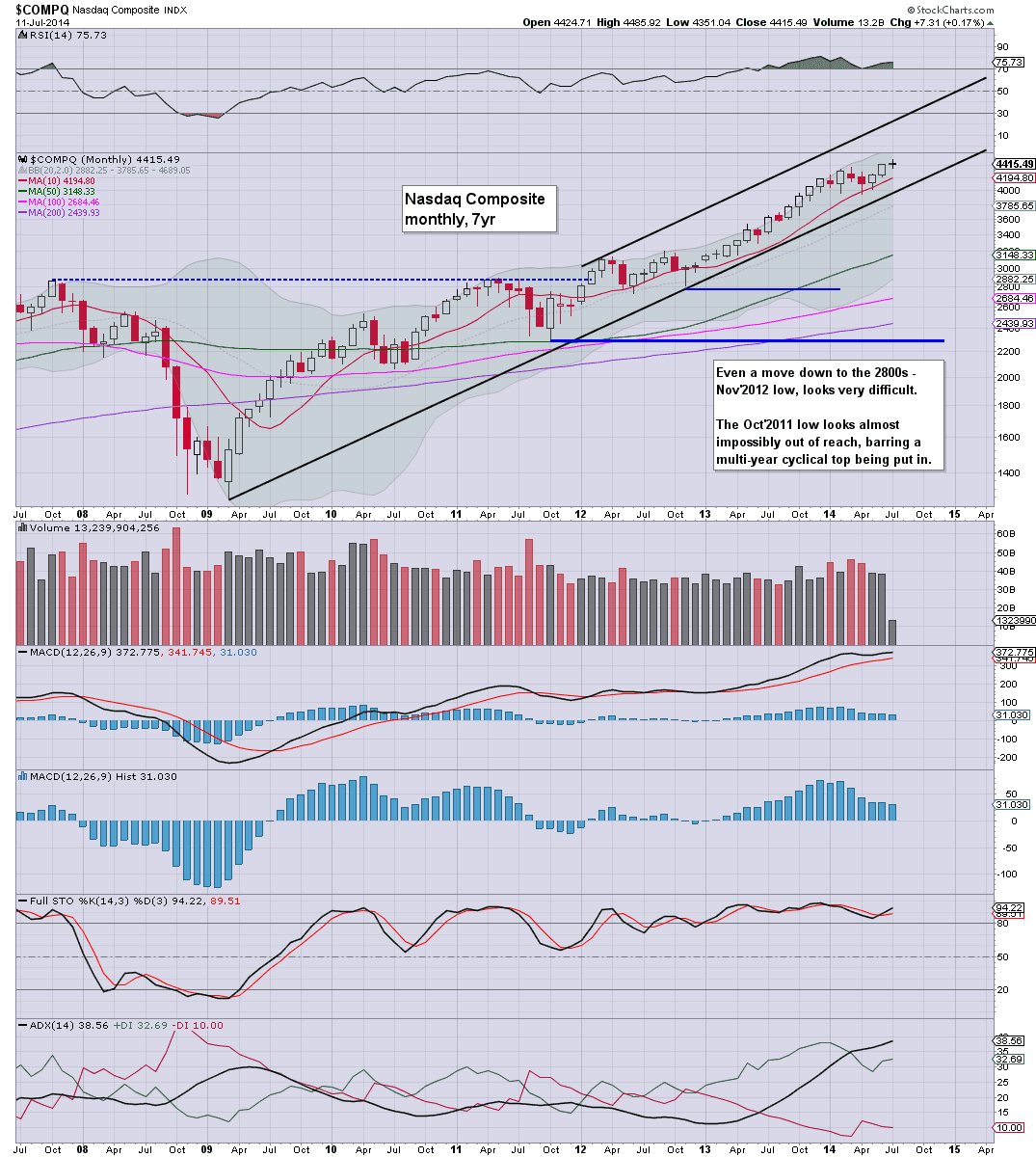 The tech' is holding the 4400s, a mere 700pts (15% or so) from the March'2000 bubble high. A great deal has changed for the better since that time, but still, the closer we get to the 5100s, the mainstream will increasingly start to question whether a multi-year top is close. Underlying price momentum remains pretty strong though, and there is certainly no sign of a turn at this time. 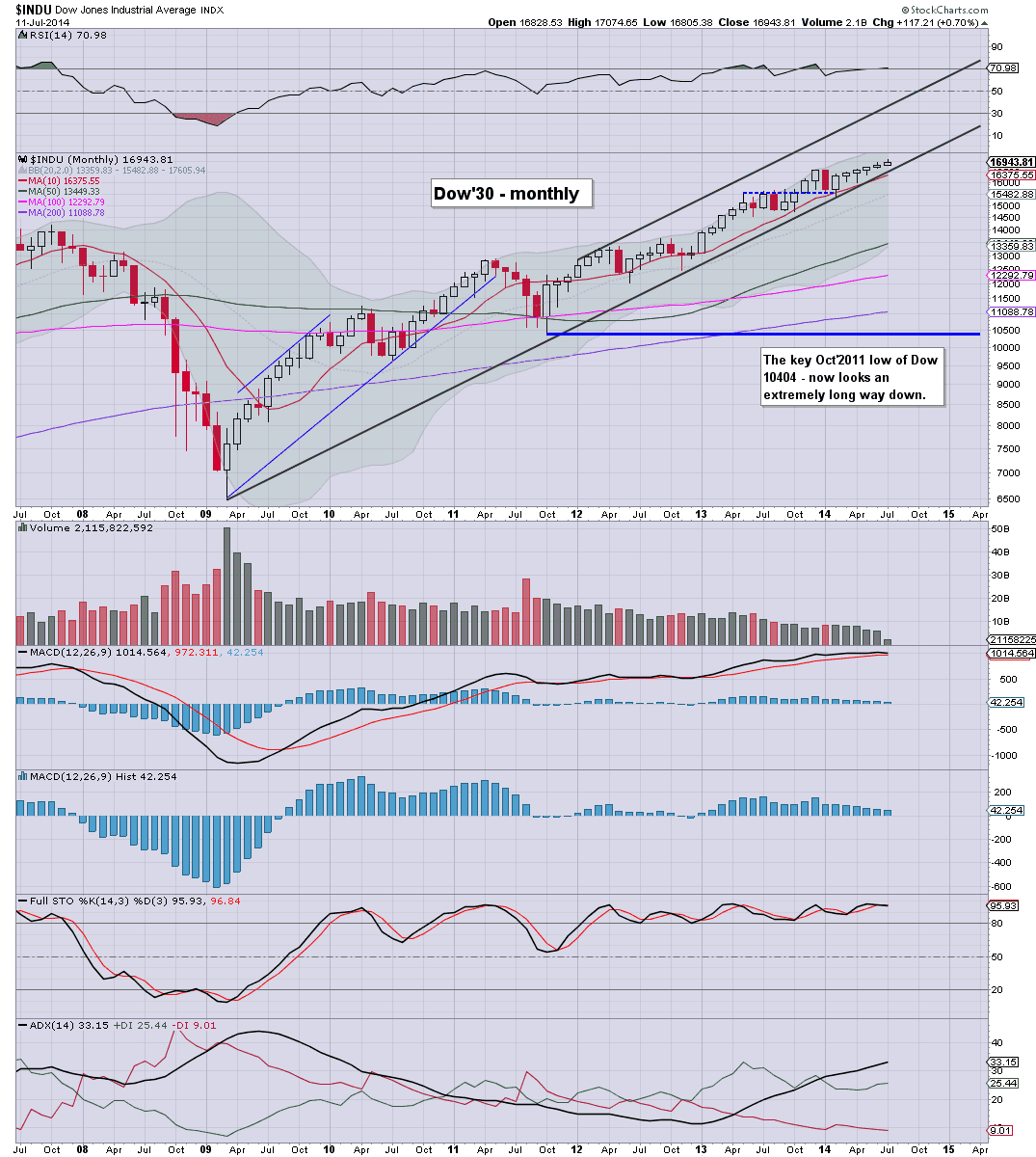 Despite the turbulence this past week, the mighty Dow is still net higher on the month, with viable upside to the 17600s. Although for July, the weekly cycles are restrictive to the 17100/200s.

Equity bears need to break below 16500 to have any hope of a broader trend change. Even then, there is further strong price cluster support in the 16250/000 zone. It would seem highly improbable that the Dow will be trading <16k any time soon. 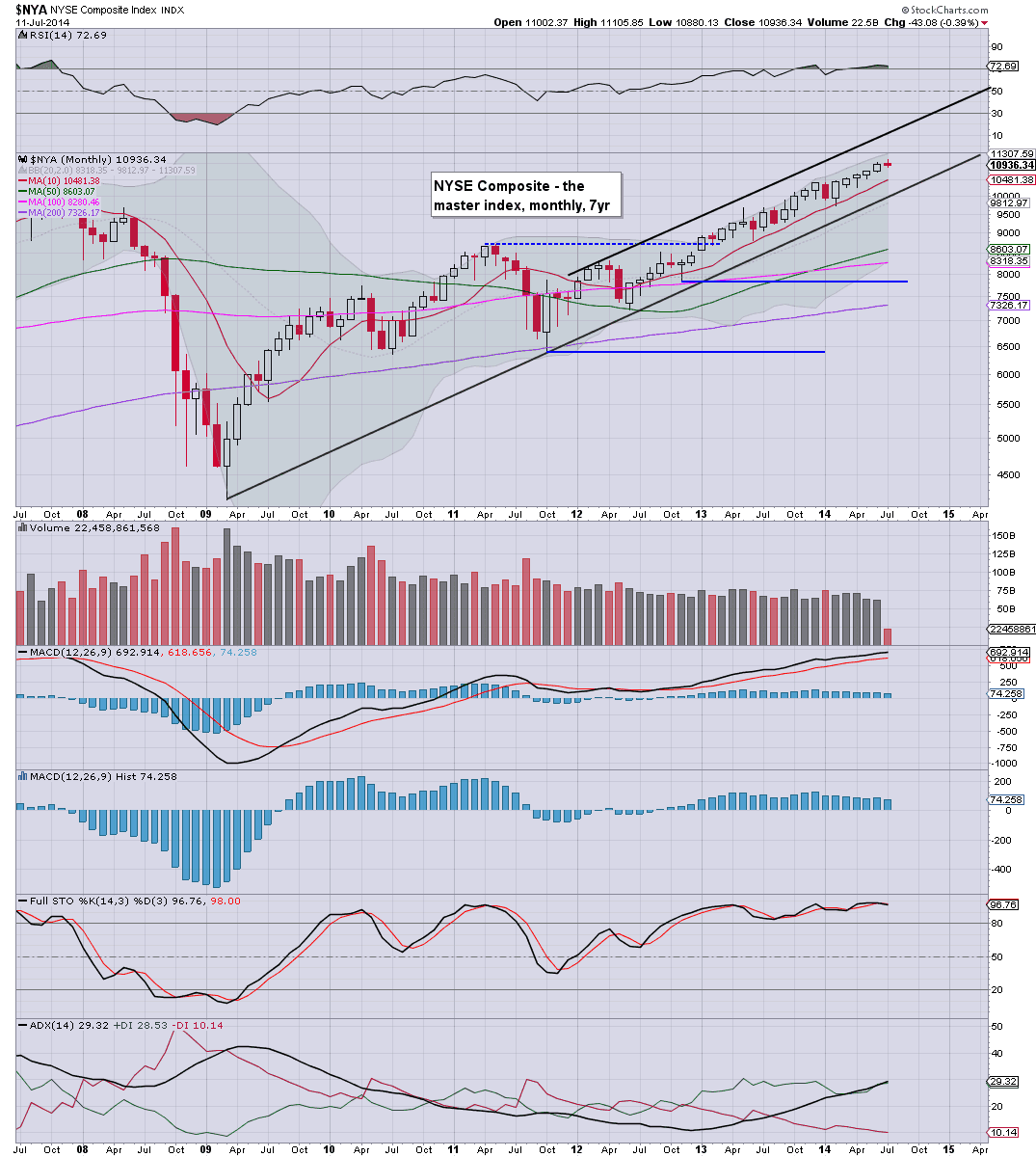 The master index is back under 11k, but still, the broader up trend remains intact. Equity bears need to break back into the 10400s, which is a clear 5% lower, but that seems unlikely in the near term. 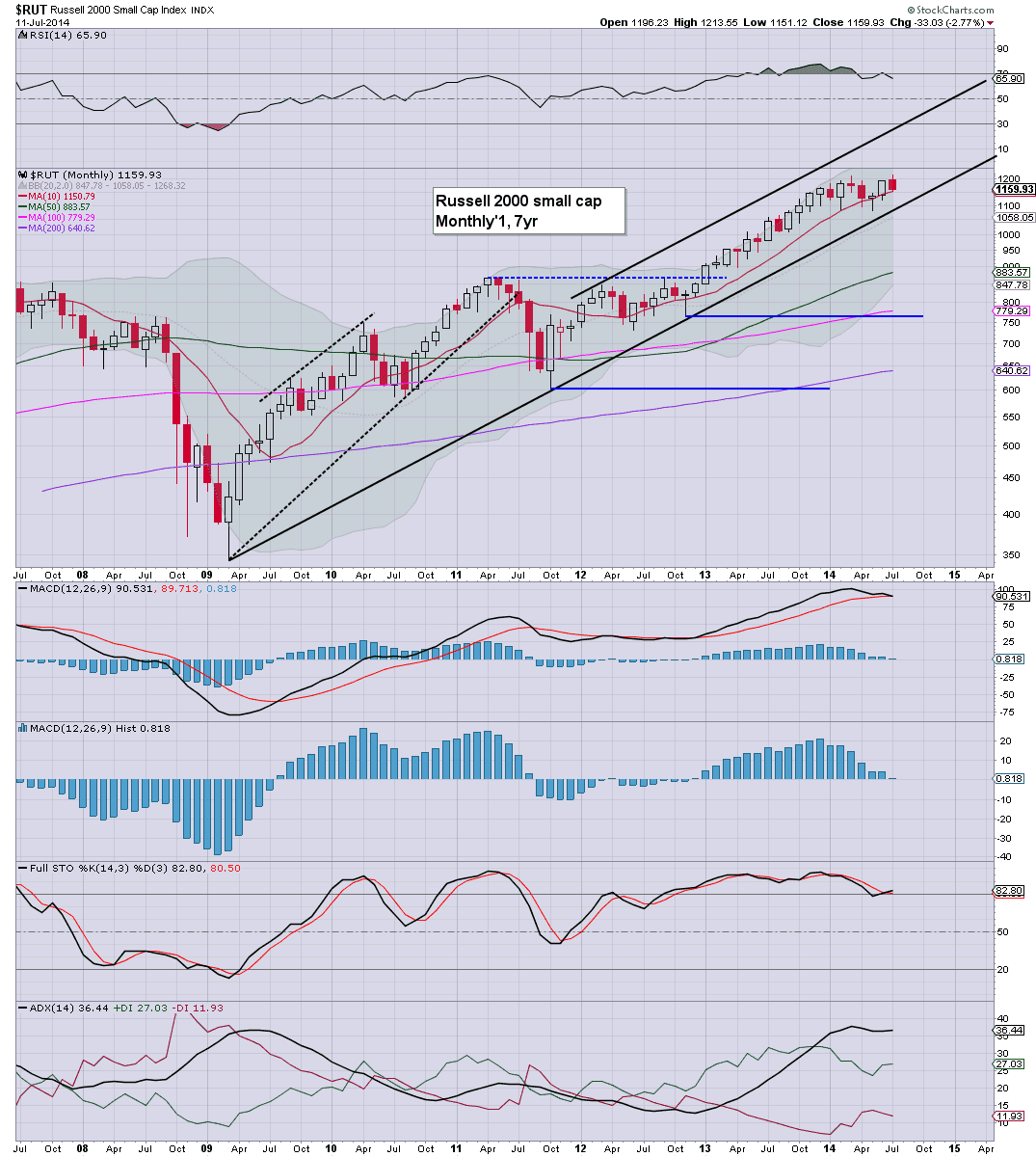 The second market leader is currently lower by -2.8% this month. It is notable that the R2K fractionally broke a new historic high of 1213, via an 8 week ramp from 1080. The recent decline back to the 1150s is arguably a very natural retracement.

With the 10% drop across March-May, the underlying MACD (blue bar histogram) cycle is very close to turning negative. Indeed, unless the R2K can close July in the 1200s, it would seem we'll see the R2K go neg' cycle for the first time since Dec'2012, when the R2K was in the 810s. 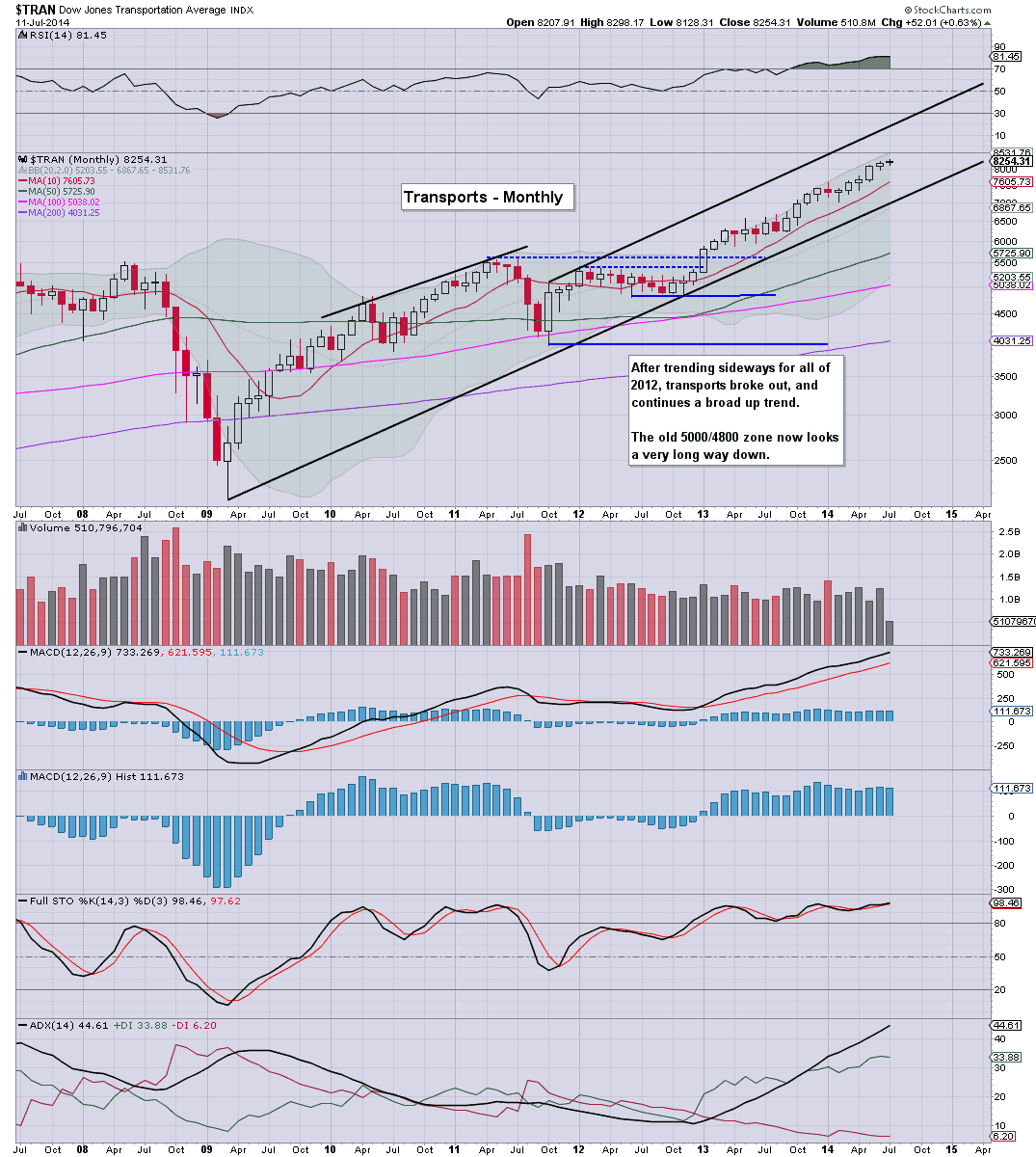 The 'old leader' is still cruising generally higher, with viable upside to the 8500s in the immediate term. Underlying MACD cycle remains powerfully bullish, and even if the market were to max out here, it would take a good 2-3 months to go negative cycle. It is highly notable that the Tranny has not had a significant net monthly drop since Sept'2011.. which will soon be a full three years ago!

So, a little weakness this week, not least at the Thursday open. However, the broader weekly..and monthly cycles remain outright bullish. The equity bulls have plenty of downside buffer before ANY key trend changes could be argued to have occured.

There was notable weakness in the R2K this past week, but it remains a significant 6% above the May low of the 1080s. Frankly, equity bears have ZERO justification to get excited unless we can break below sp'1900.

Corporate earnings will certainly start to flood in next week, but besides that...

Tuesday will see retail sales, bus' inventories, and a few other things.

The highlight of the week will be Yellen, who is scheduled to give testimony to the US Congress and Senate Tue' and Wed'. Wed' afternoon will also see the latest Fed beige book, which will certainly get the market in the mood to reflect upon what Q2 GDP might be - due July'30th.

Thurs' has weekly jobs, housing data, and phll' fed
Friday will see consumer sent' and leading indicators. More importantly, Friday is opex, so the week should end with some chop, but with the usual underlying upward pressure.

*there is QE of around $1bn on Monday, and $2bn on Thursday, although in the scheme of things, we are getting close to the time when the amounts are becoming very negligible.
-- 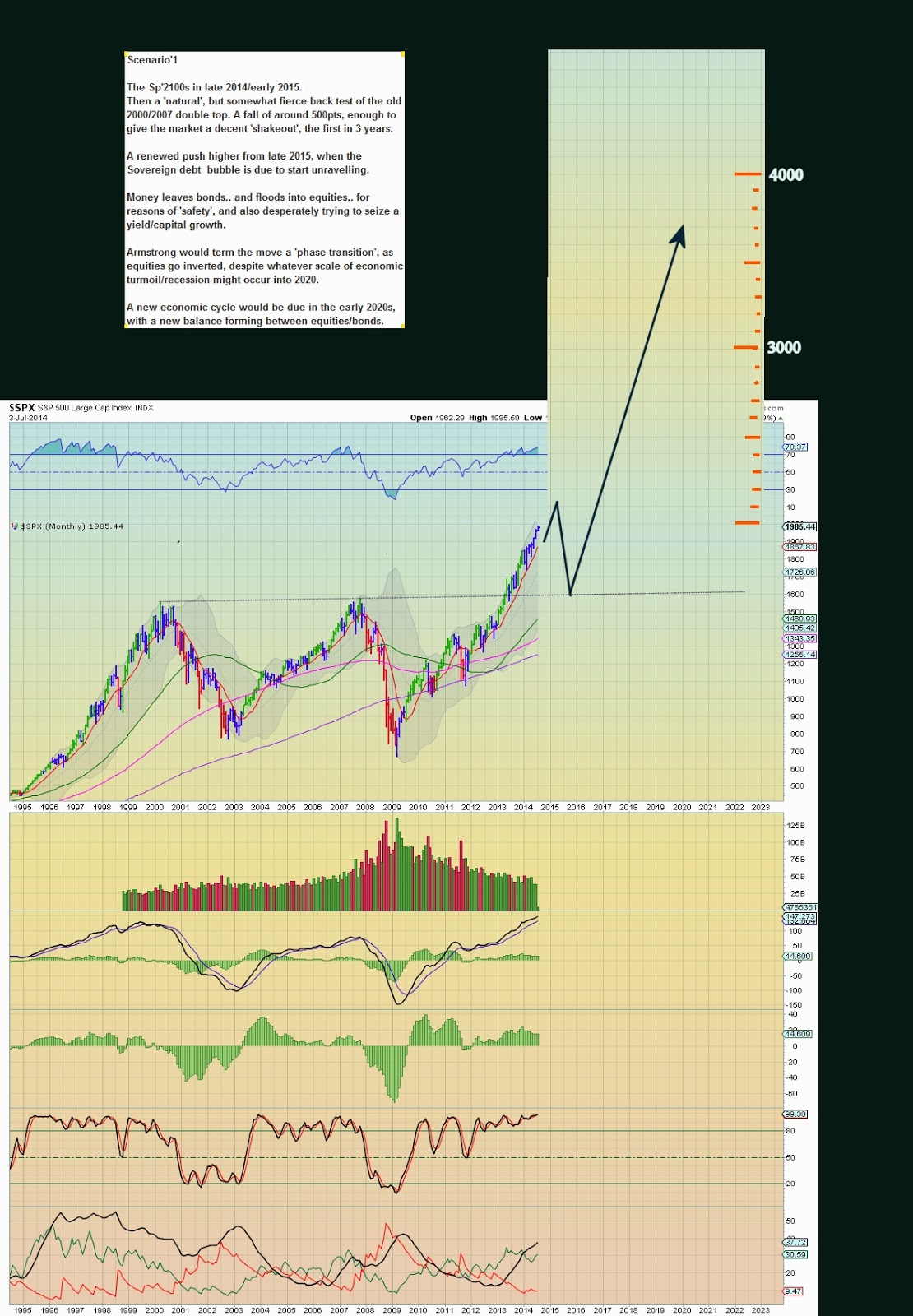 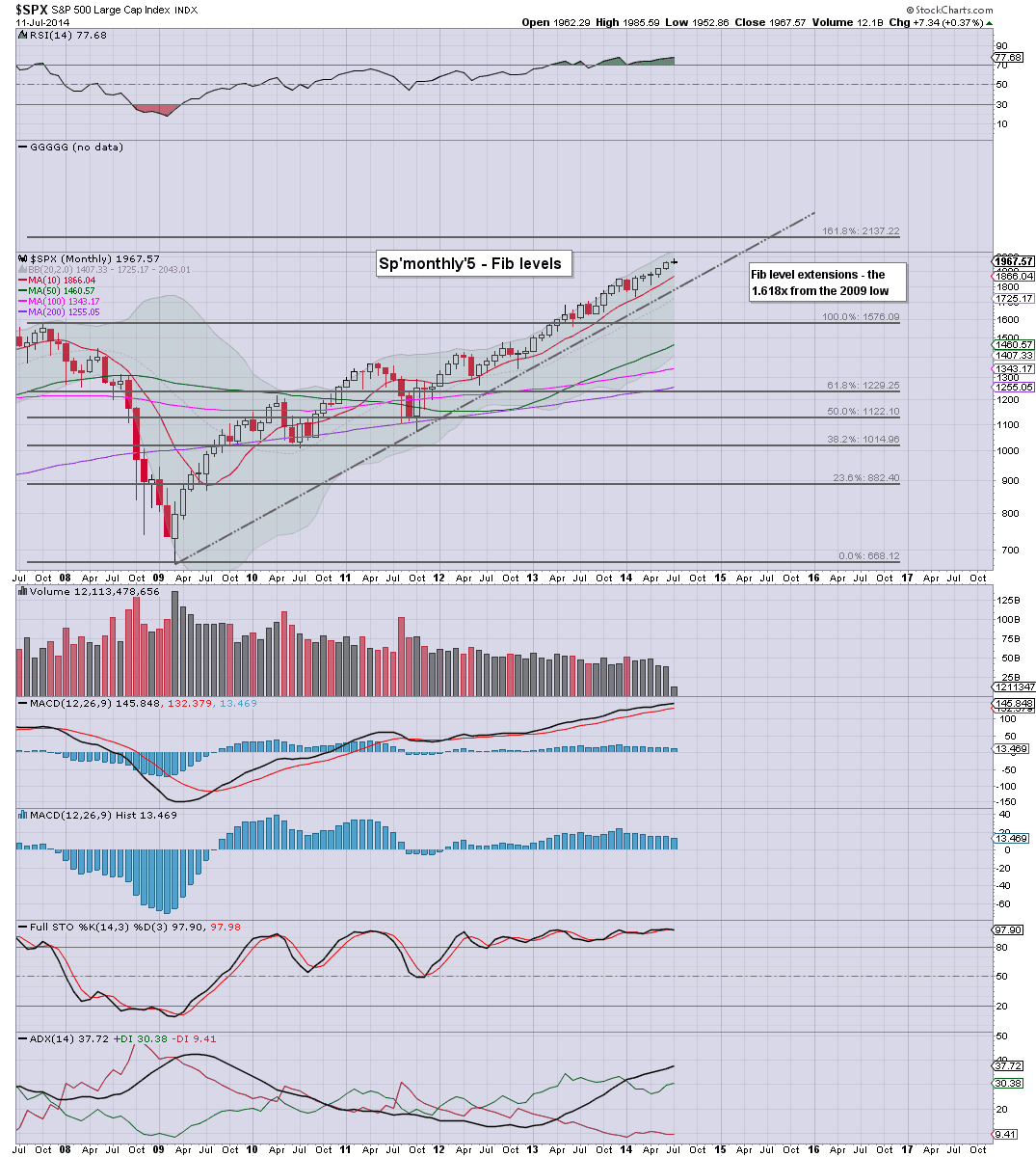 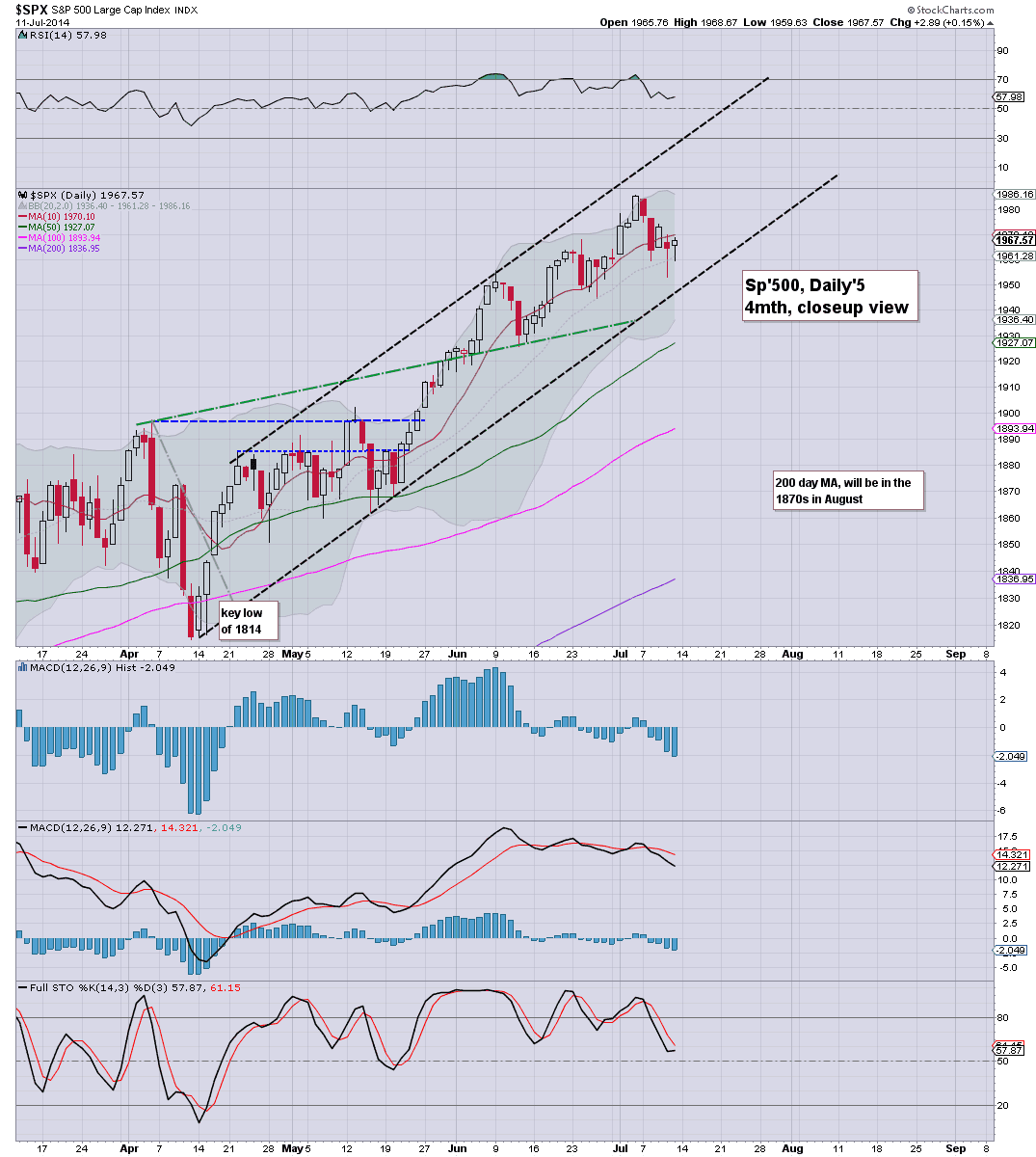 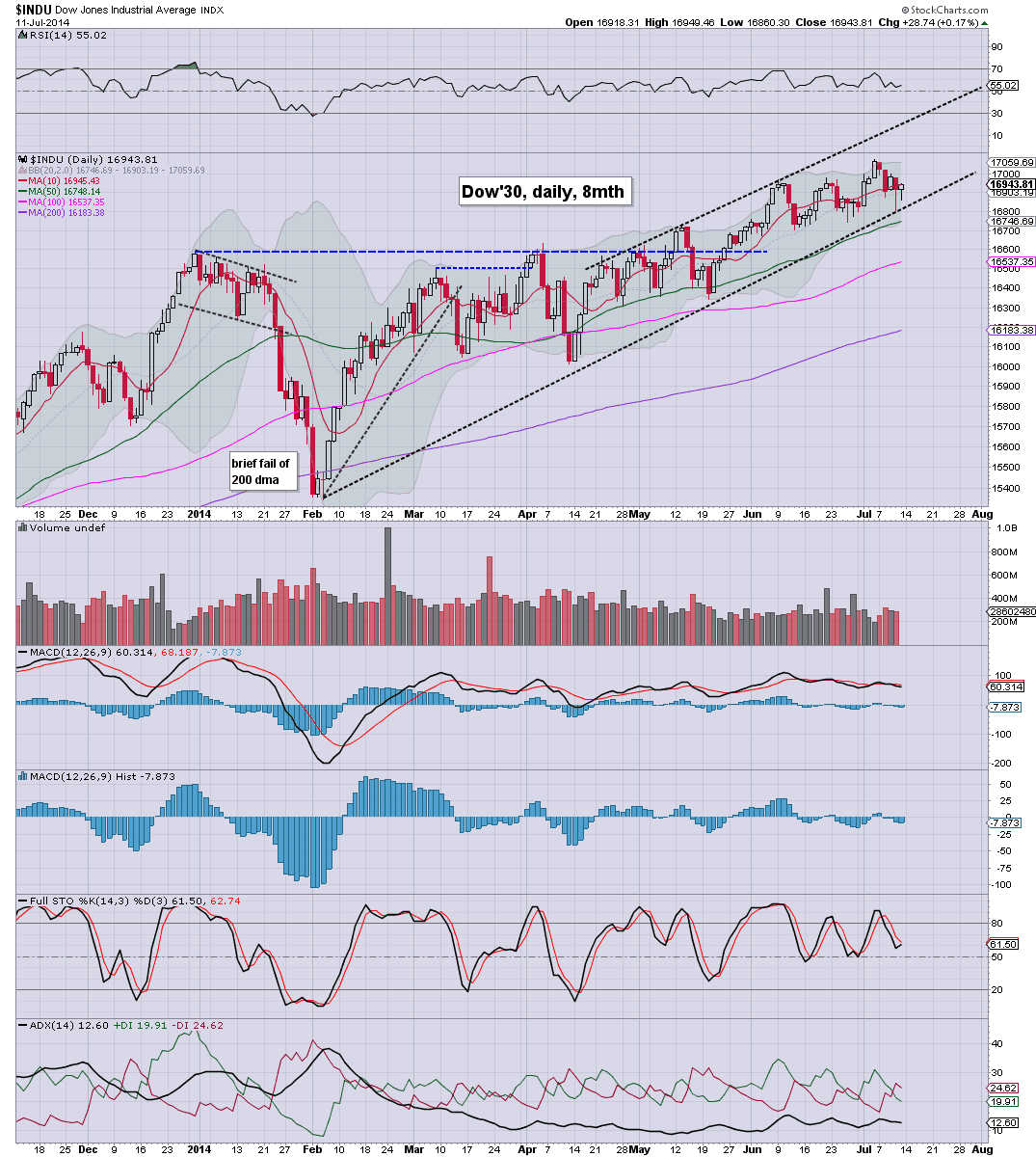 It could easily be argued that price structure is a bull flag, with a likely cycle floor of sp'1952.
-