and the winner is... 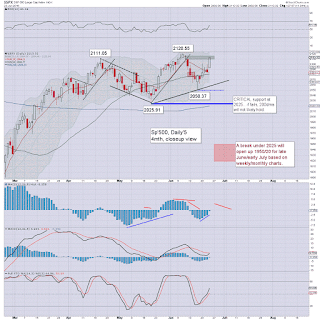 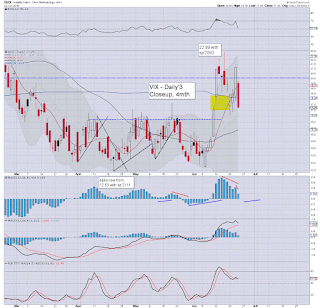 A pretty strange, but not entirely surprising day in market land.

US/world capital markets are almost entirely of the belief that a 'remain' vote will be tonights outcome. Indeed, the market - having rallied from 2050 to 2113 (3.1%) has arguably priced in the good outcome.

Were the UK populace to have voted to leave... then the world financial markets have a serious mis-pricing issue to deal with overnight.. and into the weekend.

re: VIX. on any basis, volatility is now back to overly low levels, not least as besides the UK vote, there are numerous other issues.
--


As for the winner

As of writing, the polls are still open (yeah, I draft my posts hours in advance), and I've absolutely no idea how the UK populace will have voted.

Many in the mainstream believe that remain will win... others... hold the view that the leave camp are much stronger than generally thought.

All I know is that at 10pm tonight.. as 'big ben' sounds in the Elizabeth tower - besides the Houses of Parliament... it'll be a chilling sound. One way or another, tonight's vote has massive implications for the UK... and the broader EU.

If I had to guess, I'd say 'remain' will win... and as I said yesterday, I kinda came to like Root beer.

*I'm not sure if I'll update/add to this post overnight. In any case... feel free to say hello via Disqus/email, and I'll be lurking at my other usual online 'haunts' too.
Posted by Trading Sunset at 00:00:00
Email ThisBlogThis!Share to TwitterShare to FacebookShare to Pinterest
Newer Posts Older Posts Home
Subscribe to: Posts (Atom)