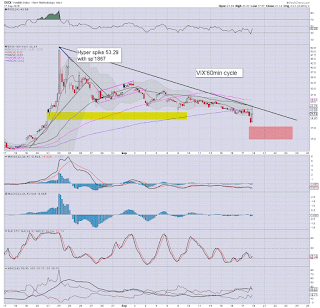 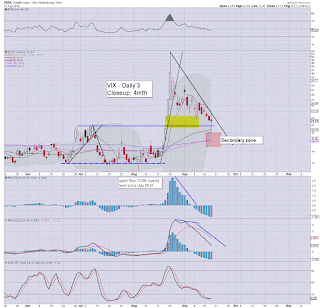 So.. the afternoon action was pretty crazy.. hitting the 17s.. and closing in the 21s.

Broadly, I'd still guess equities can push a little higher still... which should equate to VIX cooling back under 20.. and forming a solid floor in the 16/15s. 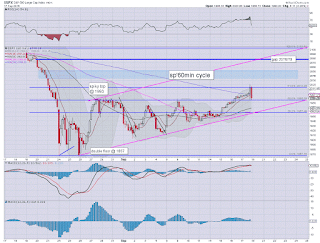 ... and another crazy day in the casino comes to a close.

Best guess.... renewed upside... before another big rollover into Oct.

more later... on the VIX
Posted by Trading Sunset at 21:03:00
Email ThisBlogThis!Share to TwitterShare to FacebookShare to Pinterest

US equities have seen some rather wild micro swings.. but with the Yellen now answering questions to such 'economic gods' as Liesman, the market is now seeing some rather powerful upside. Primary target is the 50dma around sp'2040.. along with VIX 16/15.s 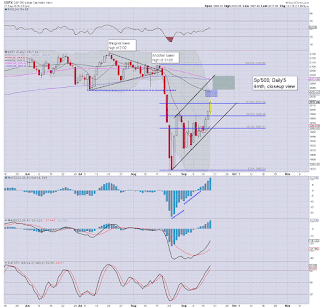 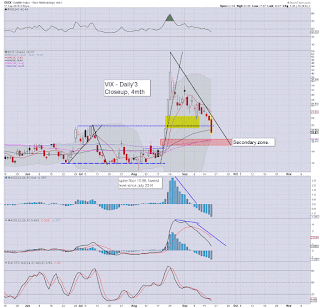 For those on the sidelines...  for those who are seeking a renewed powerful down wave into October - as I am, frankly.. this price action.. AND the fed decision is perfect.

I will look to launch a major market short... not today..  possibly tomorrow... but no later than next Mon-Wed.
--

Gold +$12...  Oil, a touch lower. Indeed, Oil is FAILING to be part of the party. I will likely leave alone.. and merely focus on waiting to launch a market short.
-

There will high threat of overnight strength in Asia.. and Fri' morning in EU markets.... we could easily reach 2030/40 tomorrow. 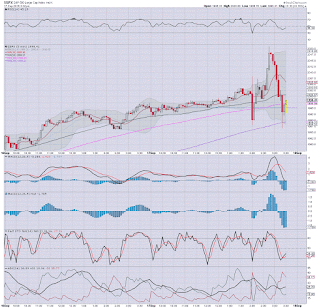 --
We look headed UP into the close
-

2pm update - time for a press release from PRINT HQ

The US equity market has already managed to break above the giant sp'2K threshold, with the bears having a third consecutive lousy day. There is viable flash downside to the 1960s... whilst underlying upward pressure to 2040.. where the 50dma is. Arguably.. BOTH levels could be seen this afternoon. 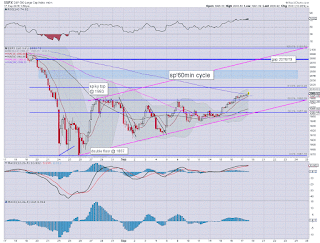 *I have NO positions.. and frankly... that feels rather good right now.
--

UPDATES across the hour... and into the close.

For the bears.. this is good.. it keeps the uncertainly into October.
-


2.08pm.. This is going to be a wild ride this afternoon.... VERY unstable conditions as stops get hit on BOTH sides.

For the bears... this is great... the uncertainty continues... and another major wave looks due... probably beginning within 2-3 days.
--

Posted by Trading Sunset at 18:50:00
Email ThisBlogThis!Share to TwitterShare to FacebookShare to Pinterest

1pm update - are you excited yet?

US equities remain in a holding pattern, with the sp' again coming within a point of the big 2000 threshold. VIX remains subdued in the 21s...  a loss of the 20 threshold looks due.. regardless of any initial upside jump. Metals are weak, Gold -$2, with Oil increasingly under USD pressure, -1.4%. 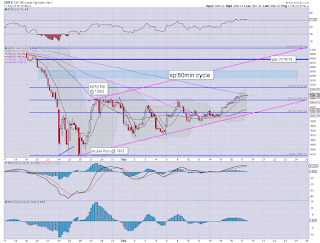 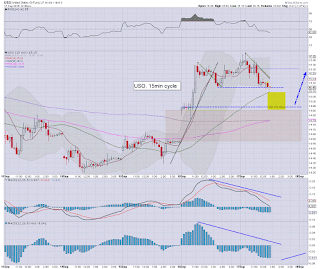 Enjoy the quiet time... before things get somewhat wild.

*I have eyes on Oil as a possible long on any initial post-FOMC snap lower.
--

back just before 2pm
Posted by Trading Sunset at 17:49:00
Email ThisBlogThis!Share to TwitterShare to FacebookShare to Pinterest

US equities are naturally in a holding pattern.. although the market is clearly teasing the bulls, coming close to the big sp'2K threshold. VIX is subdued in the 22/21s.. and looks set to lose the threshold.. whether this afternoon, or within a few days. 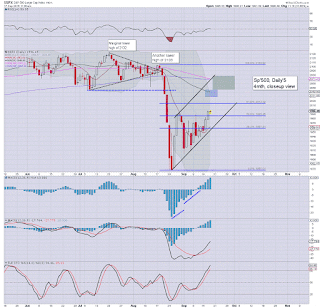 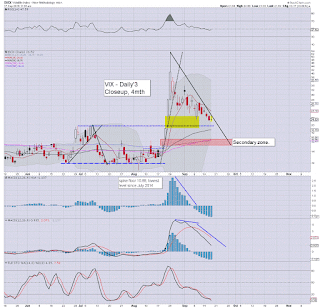 -
Oil remains an interesting one to watch... 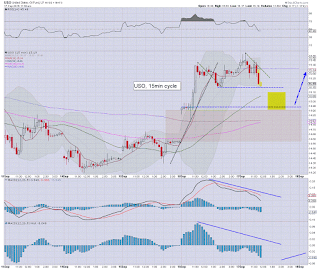 Increasingly, it looks like the $14.90s will be viable this afternoon. If so.. I'll strongly consider AFTER the Fed announcement.
--

--
time for tea :)
Posted by Trading Sunset at 16:52:00
Email ThisBlogThis!Share to TwitterShare to FacebookShare to Pinterest

US equities remain in minor chop mode ahead of the FOMC announcement. It is notable that the daily upper bollinger is now at sp'2031. Sustained action much above 2040 will be very difficult in the current up cycle.... and the bigger weekly/monthly cycles remain... broken. 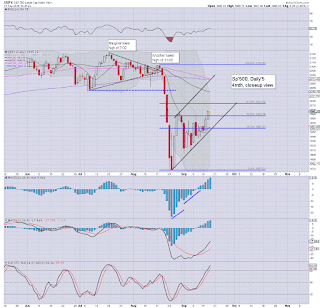 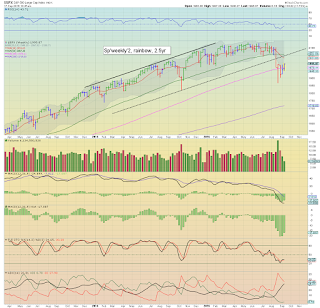 So... without getting lost in the minor noise, the market is now in a holding pattern for the next three hours.

There is viable 'flash' downside to rising support around 1960 in the 2pm hour... but with an equally viable hyper snap-back upside to the 2030/40 zone.

As many recognise, the market is due another major rollover into Oct'.  Sp'1867 makes little sense as a key multi-month.. never mind multi-year floor. 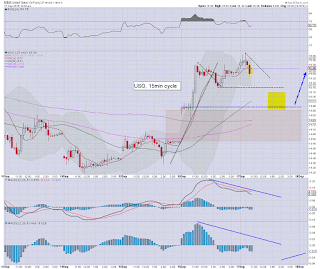 The 15.10/00 zone would be tempting... although a trade after the FOMC would be a far simpler time to get involved.
-

stay tuned !
Posted by Trading Sunset at 15:52:00
Email ThisBlogThis!Share to TwitterShare to FacebookShare to Pinterest

US equities open a little weak, but the market will likely be increasingly subdued into the early afternoon. USD is somewhat weak ahead of the FOMC announcement, -0.2% in the DXY 95.10s. Gold is -$1, whilst Oil is battling to push higher, +0.5%. 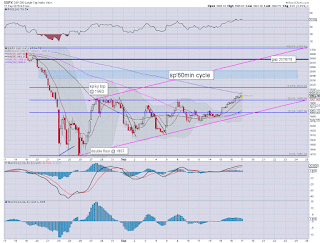 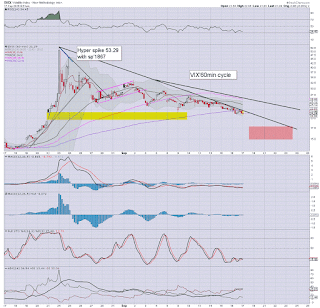 Things are already feeling a bit tense in market land.

Best guess... the Fed raises rates, and regardless of any initial sell down (literally minutes.. rather than hours/days).... the market will likely close in the sp'2000s today.

I can't short this market right now... I really won't feel comfortable until the sp'2040s or so. 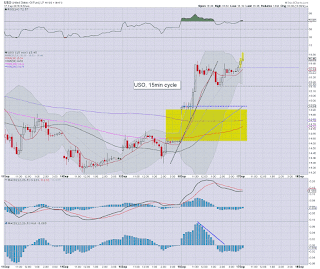 time for an early lunch
Posted by Trading Sunset at 14:53:00
Email ThisBlogThis!Share to TwitterShare to FacebookShare to Pinterest 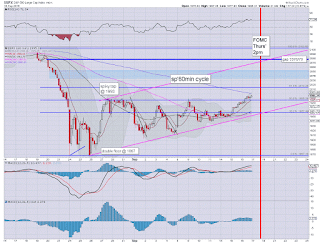 *key rising support on the hourly/daily charts will be sp'1960 this afternoon. The bulls have a clear 35pts of downside buffer.
--

Well, its Fed day. It could be the most important day since rates started to get cut in late 2007.

My guess.... although it is more of a hope.. the Fed do raise rates. However, if they do... they could temper it via a very dovish statement. Anyway, lets see what the printing maniacs do. 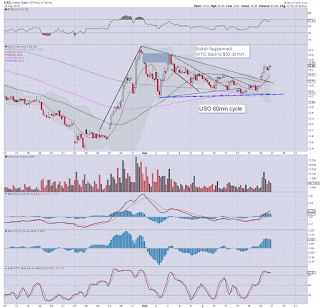 Have a good Thursday
Posted by Trading Sunset at 12:03:00
Email ThisBlogThis!Share to TwitterShare to FacebookShare to Pinterest

Will rates be increased?

The ultimate question for tomorrow is obviously... will the US federal reserve finally raise interest rates? The debate has been increasingly fierce as some of the econ-bears tout 'rates can NEVER be raised again', vs the talk from others that 'rates will rise when its right to do so'. 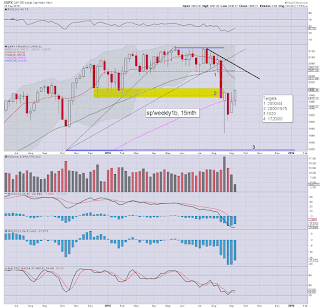 So.. whats my best guess?

Honestly... I find it hard to fathom what the financial overlords at PRINT HQ will do. The Fed has NEVER been proactive... and is always reactive. They have always been behind the curve... never leading.
-

I would guess the Fed DO raise rates tomorrow by 25bps.

The FOMC will announce @ 2pm, with a Yellen press conf' around 2.30pm 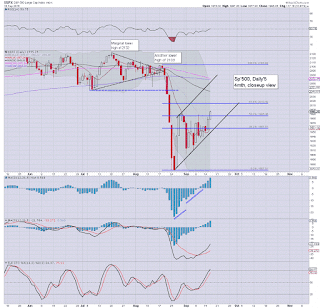 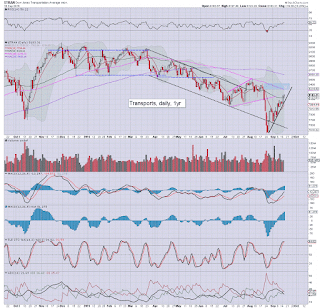