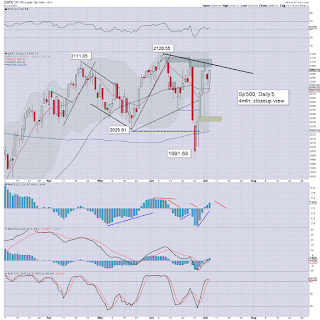 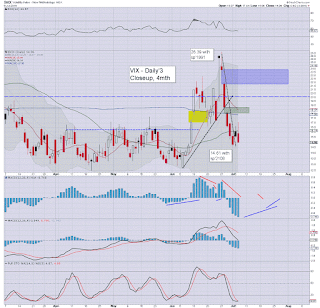 It was not exactly the most exciting day in equity land, with a morning low of sp'2074, and then a pretty tedious (but not unexpected) latter day recovery to fill the price gap zone of 2095/2100.

VIX remains relatively subdued in the mid teens, a return to the key 20 threshold looks viable as early as this Friday.
--


The tremors are getting bigger

Far more notable than the past three days of main market price action, are the continuing developments for European financials. With stocks like DB and RBS continuing to implode, the stories of impending doom just keep on coming.

Mainstream chatter of a mass EU bank bail-in is increasing, as more recognise that huge capital injections are needed just to keep the EU system ticking over.

No doubt the ECB is standing by to print 'some number' of trillions to at least provide a temporarily fix. Further QE would be hyper-bullish for Gold and the related mining stocks.
-

For the systemic risk that remains the DB, it was just another day 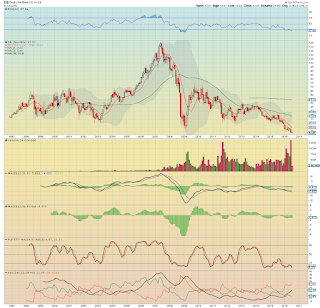 Nothing to add from yesterday's post on my 'fairvaluestocks' page.

--
The bigger weekly cycle continues to offer another big drop 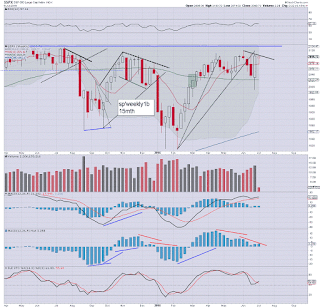 I've eyes on the MACD (blue bar histogram) cycle which is set to turn negative cycle in the near term. The pattern is similar to last December. First soft target is the 2000/1990 zone, and then the lower bollinger, which will be around 1990 next week.


As ever, I continue my intraday postings... see HERE for details.