The sun sets on a very bullish month 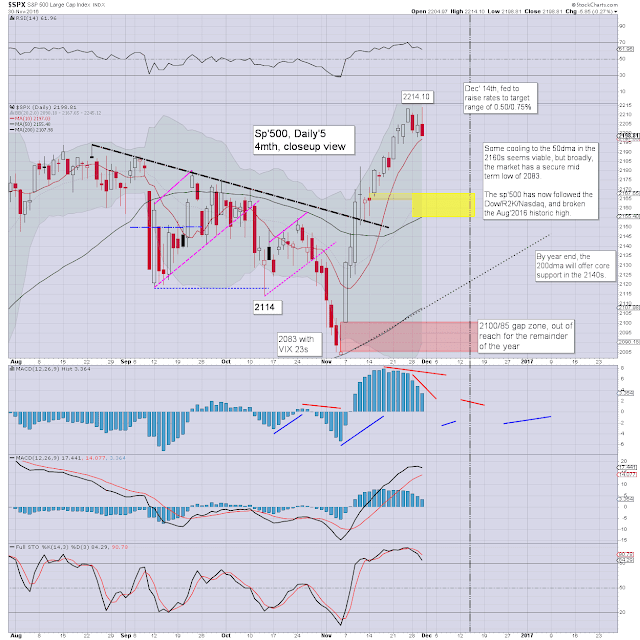 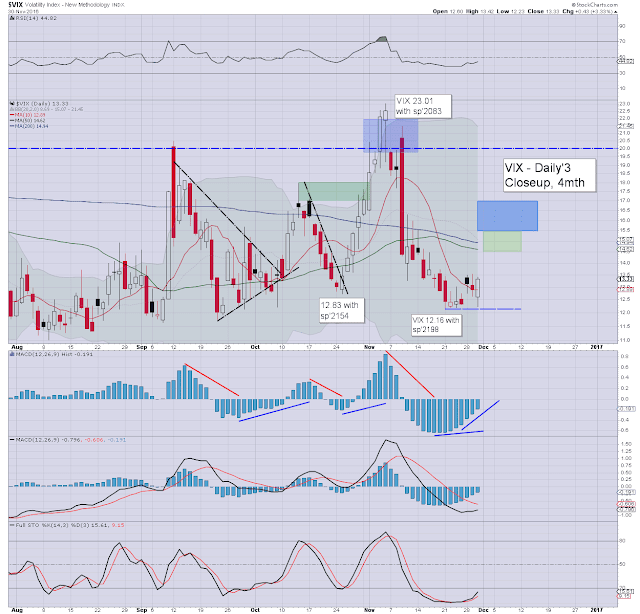 The OPEC news really helped negate what moderate weakness is out there in equity land.

Equity bulls managed to end the month with yet another pair of new historic highs, with sp'2214, and Dow 19225. Despite some distinct weakness in the late afternoon, such new highs are the ultimate in bullish signals.

VIX did manage a minor daily gain, settling in the 13s, but that is a long way down from the Nov'4th high of the 23s. It sure doesn't look like we'll see any action above the key 20 threshold in the near term.
-- 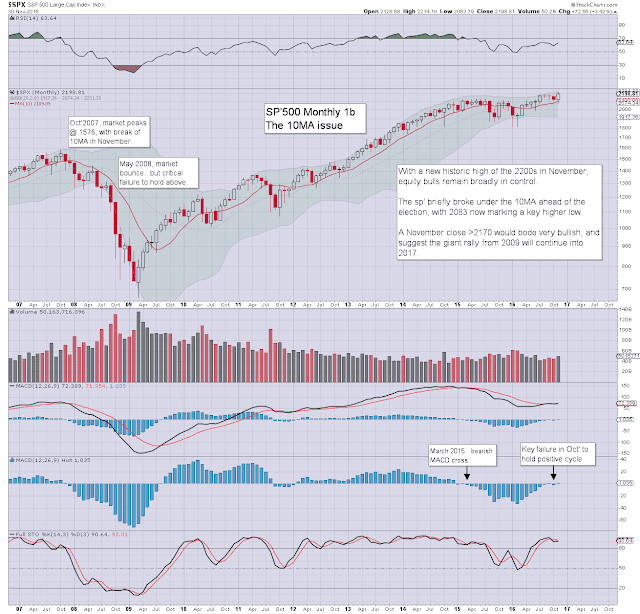 This weekend, I will detail the world monthly indexes. November was a bullish month not just for the US, but most other world markets. Broader price structure is highly suggestive of continued upside at least into late spring 2017, if not all the way into next autumn.

I recognise that some (perhaps many?) of you don't want to hear that kind of talk. You'd rather I talk about the imminent implosion of the USD, or some kind of deflationary collapse to the sp'400s. I'll merely continue to call it ... as I see it.