It will be tough to break rising support

With the primary trend remaining up, the bears are fighting a super tanker of bullish momentum. Its going to be real tough just to break the first rising trend, which by the end of September will be sp'1375

We do have a long autumn ahead though, and the underlying global econ-data continues to show increasing weakness. 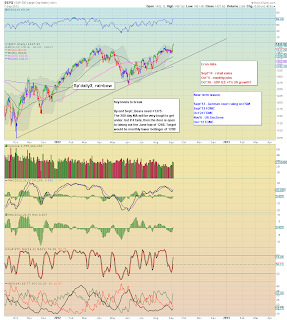 So, by the end of this month, bears will only have to be close below 1375 to have broken the trend from the 1074 low of last October, linking with the June 1266 low.

1375 is not exactly that far down, but as we've seen lately, unless there is some real sell side volume, every down cycle - even the multi-day ones, amounts to no more than a few percent, only to quickly melt back upward.

More important than anything this autumn, the bears will need to see market volume significantly increase, otherwise it probably won't even matter how bad the econ-news turns out to be.

So, again I will say this, until we break back below 1350, putting a few consecutive daily closes, and also a monthly close <1350, the primary trend is still UP.
-

*it looks very much like my target of sp'1445 will be hit by middle of next week. I'm looking for a pullback from there, we should have a reasonable chance of 1400/1380 by end September.

Yet, that might be it for the early Autumn, and it remains very plausible - baring any upset, that we'll just melt upward to sp'1500/50 by year end - and that's still assuming now QE.

More later.
Posted by Trading Sunset at 18:55:00
Email ThisBlogThis!Share to TwitterShare to FacebookShare to Pinterest

The monthly trend bodes badly for the bears

The NYSE Composite has started the month very well indeed, climbing 2.7% to 8234.

To close today, lets take a look at the master index (as I like to call it), via the rainbow style chart 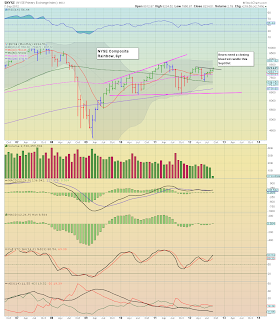 We have now have 3 green candles in a row, after the blue turn candle of June.

Primary trend is unquestionably UP.
--

Next target is the March high of 8327. That is easily within range for next week, so lets see if the German court and the Bernanke can help inspire this market to higher highs.

What would be hyper-bullish, would be a break above the May'2011 high of 8718. That is around 7% higher than current levels - and probably equates to sp'1500. If the Fed does do QE3 before a major down cycle, then even the (still lagging) NYSE comp' will likely break the summer 2011 highs.

Next week is going to be more active than this past week was, and this increase in market activity/events is likely to be the case as we progress into the latter half of September, and into what is often a very choppy October.

With the German constitutional court and FOMC decisions next week, it will be fascinating to see if these gains are quickly wiped away, or whether we'll be cruising higher all the way into spring 2013. 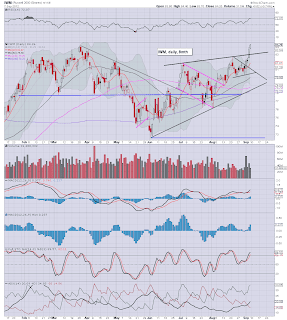 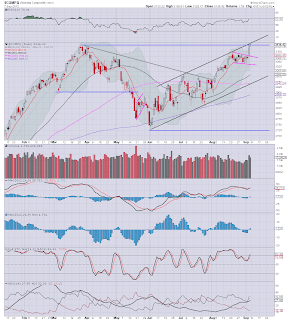 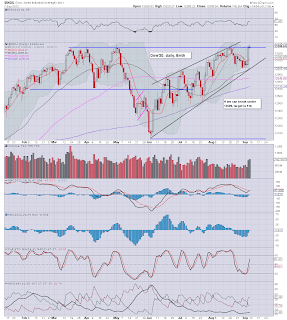 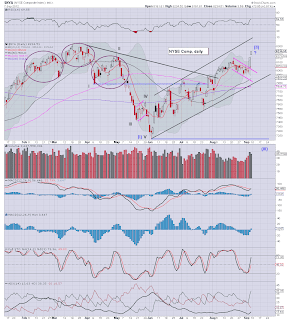 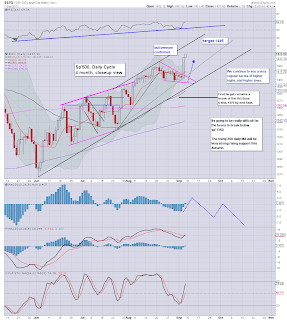 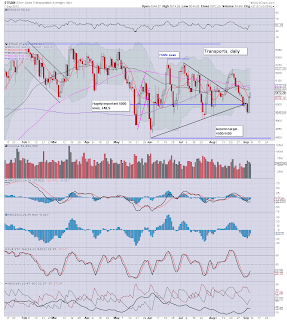 I will look to re-short at the top of this cycle, certainly no sooner than late Tuesday, and possibly as late as Thursday afternoon. It'd be a risky trade to short ahead of the German court decision, but its something I'm considering.

Yet there is certainly no rush to get back on board the bear train, not least whilst the weekly and monthly cycles are both outright bullish. For now, I'm glad to be a mere spectator into next week.