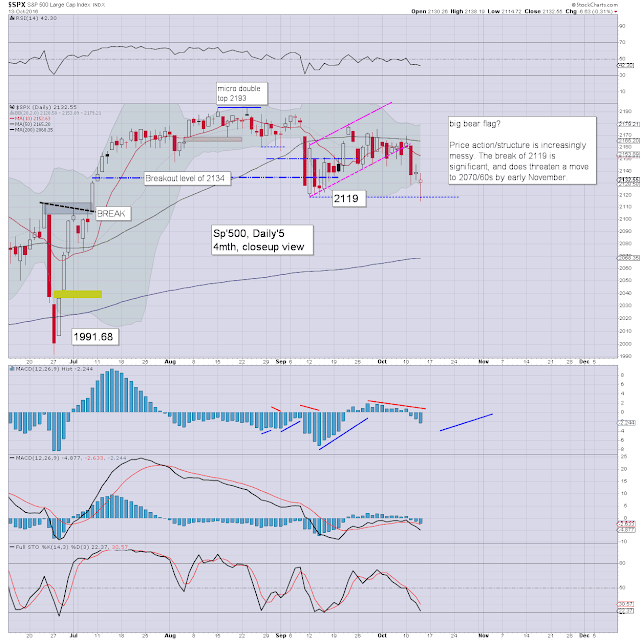 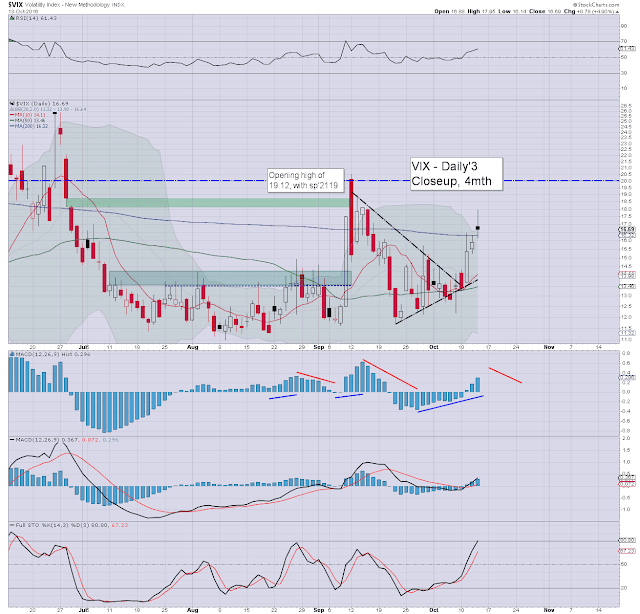 First, lets be clear, the break under sp'2119 and Dow 18k is unquestionably bearish.

Yet, the daily index candles were of the hollow red reversal type.. and that leans bullish.

The VIX daily candle settled black-fail - with a topping spike, and that favours the equity bulls.
-

Its clearly a very mixed picture. The break of recent key lows is arguably more important, and thus I'm leaning bearish. The soft threshold of sp'2150 used to be support, but that will now act as first resistance. 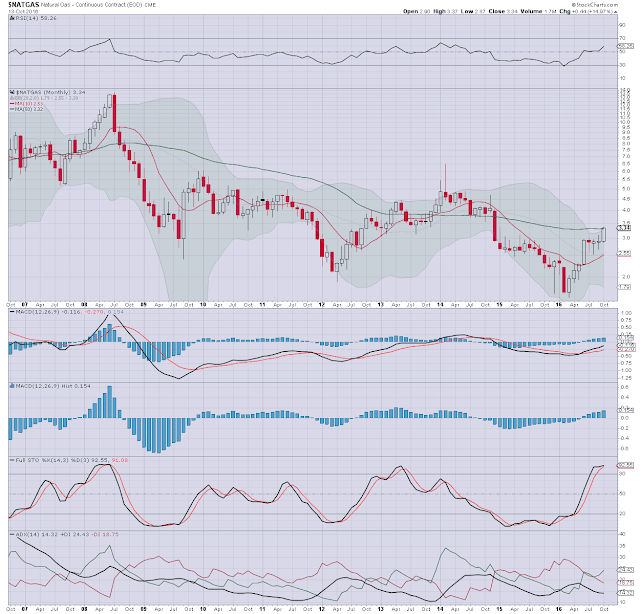 I rarely get around to highlighting Natural Gas. Today's inventories leaned bullish, and we saw Nat gas hit $3.37, the highest level since Dec' 2014. A move to $4 looks rather easy, the only issue is whether we see a cold winter, in which case the $5s will be seen.