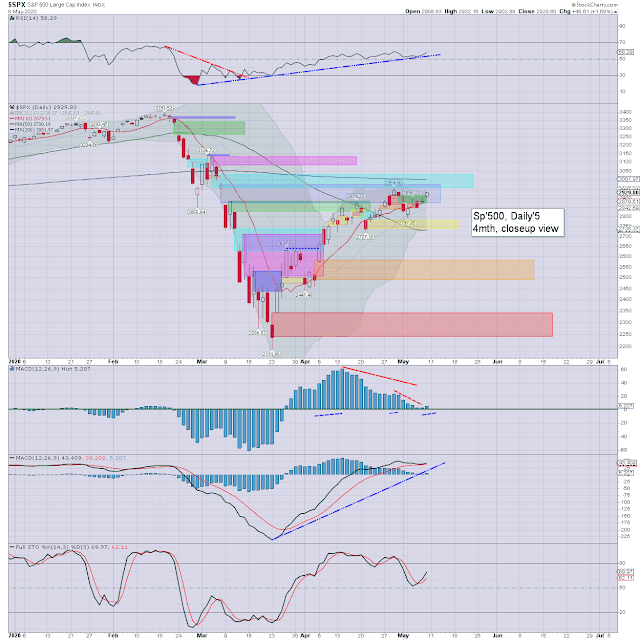 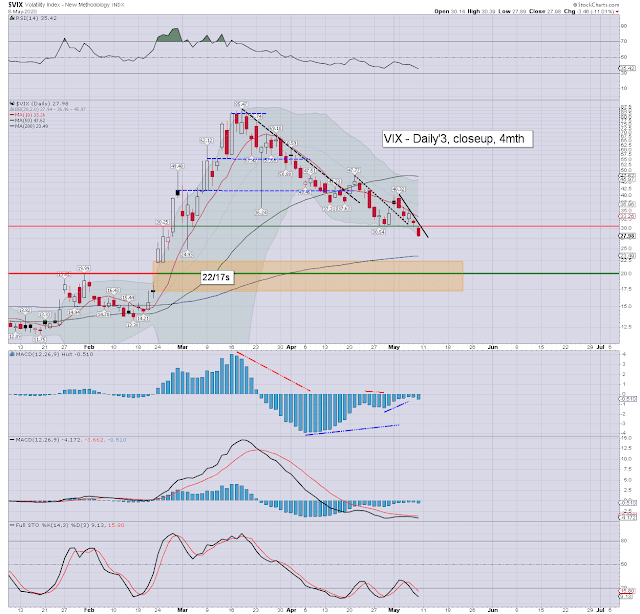 US equities opened significantly higher, which was once again bizarre, after horrific monthly jobs data from the BLS.

The mainstream cheerleaders were notably rather embarrassed about positive equities. Five 'experts' were duly wheeled out... 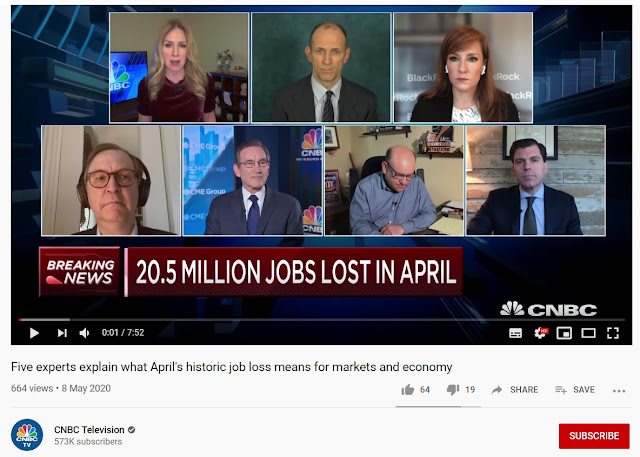 Seven boxes... five 'experts'. We can exclude Ms Quick, right? I can't figure out whom the CNBC intern (unpaid?) running their youtube channel would deem as the second non-expert. In any case, Clown finance TV then wheeled out the Siegel... 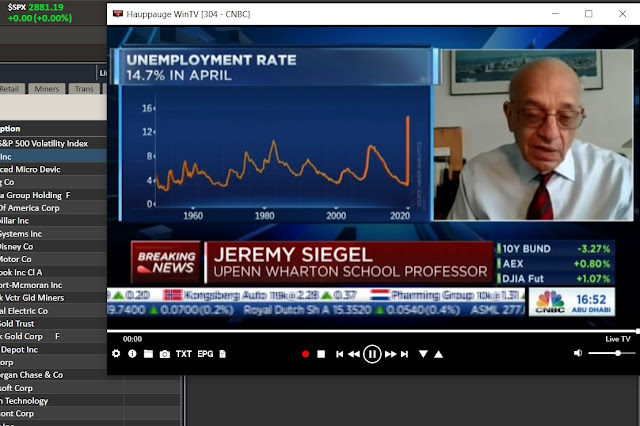 Key points: the equity March lows will hold, expects new equity historic highs, suggest the l/t bull market in bonds is over, with yields not to break new lows.

Whilst I'd certainly be open to (eventual) new historic highs, the notion that bonds won't continue to broadly climb, with new lows in yields is ludicrous.

For now... the mainstream cheerleaders are entirely dismissive of the notion that the US will follow Japan and the EU, down the dark path of NIRP.
--

Most shameful of all today was Belski of BMO, who couldn't control himself, launching into a mini tirade against the equity/economic bears, and all those who believe this will be anything other than a V-shaped recovery. 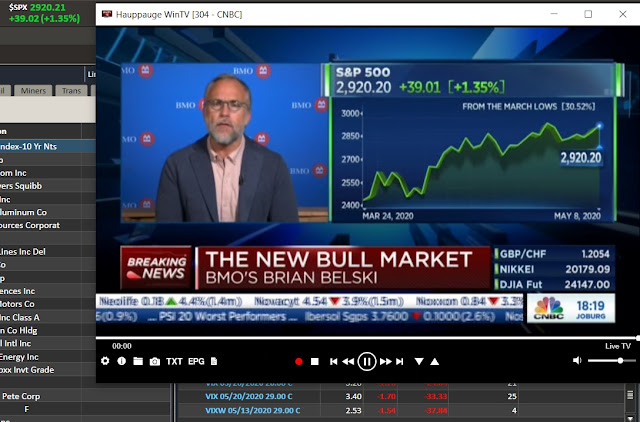 Belski has a twelve month target of sp'3400, assuming EPS of $160. We'll surely return to him later this summer, when things will be rather different.

The afternoon saw considerable chop, but the closing hour did break a new intraday high of 2931. Volatility was subdued, the VIX breaking a new cycle low, settling -11.0% to 27.98.
--