A quartet of new historic highs 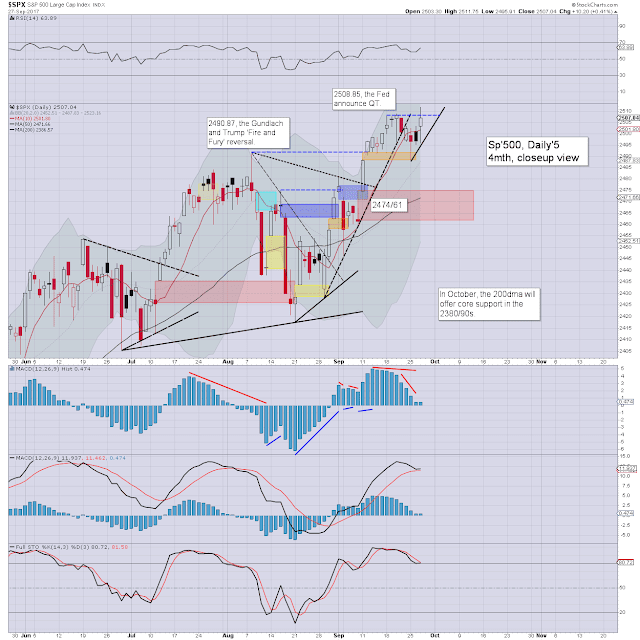 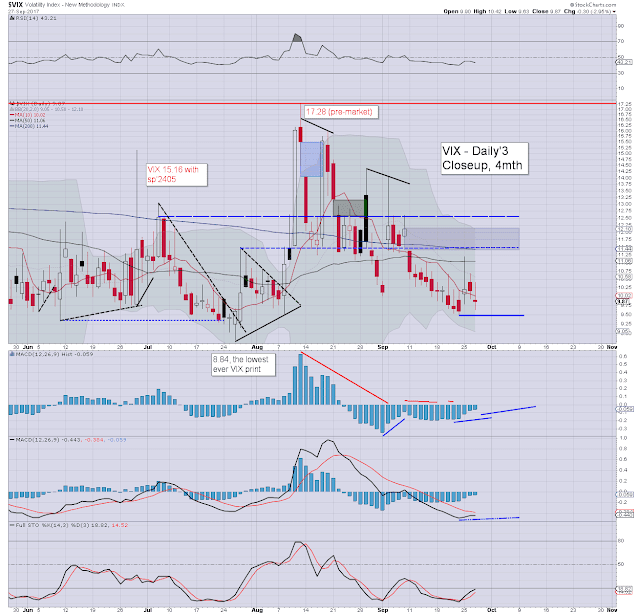 So much for a drop.

US equities opened a little higher, but the gains largely faded by 11am. Yet.. that was all the bears could manage. With mainstream chatter about the 'Trump tax bill', the market broke a quartet of index highs (sp'500, nyse comp', trans, R2K) in the late afternoon. On any basis... it was a very bullish day.

Volatility remains very subdued, with the VIX settling in the upper 9s.

Near term outlook still offers a basic tag of the sp'2474/61 gap zone, but even the 2400 threshold looks increasingly difficult in October, as the Trans and R2K have both broken out of year long trading ranges.