The Futures have opened roughly where we closed in the Friday after hours trading session. 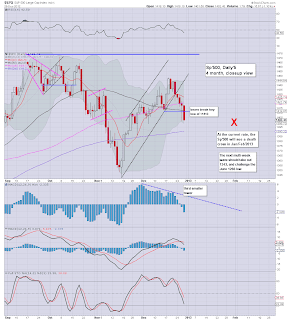 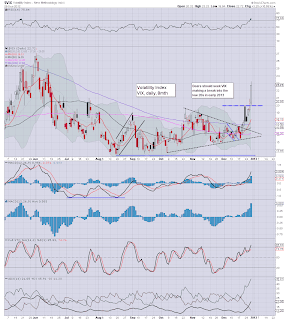 Futures closed in Friday after hours trading  sp -25pts, and that was 10pts lower than the actual 'real market' close.

*even sp+10pts.. would thus mean we're still flat from the actual Friday close.

The hourly charts are very low on the MACD cycle, so I'm very much concerned we'll only decline to around 1390 in early Monday trading..and then bounce.

How high an intra-day bounce?

I'd guess 1400 is certainly possible, but considering 'everything' a red close still seems likely.

Lets be clear, unless you think we're going to new index highs...then I can only suggest stare at the weekly charts I posted this weekend..and what do most of them suggest?

I remain heavy short... indexes.. long VIX, but I'll look to exit at the open.