Bouncing for a lower high? 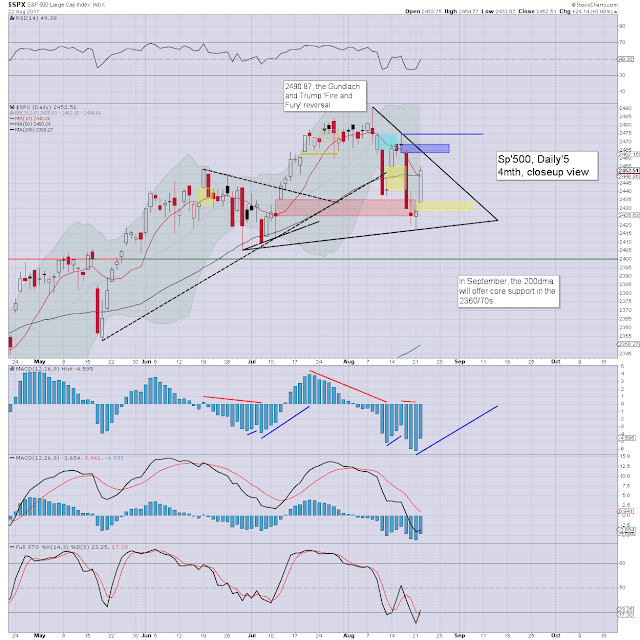 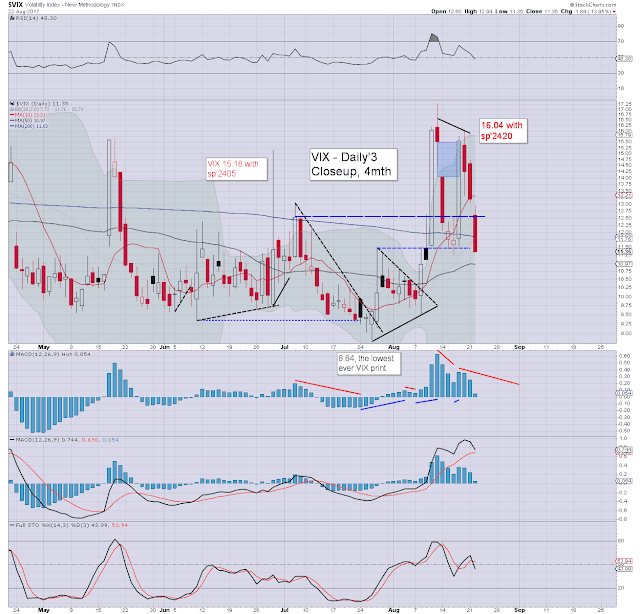 US equities opened moderately higher, and built rather significant gains into the late afternoon. Certainly, the gains were stronger than expected, and the close above the 50dma bodes for further upside within the immediate term. There will be major resistance within the gap zone of 2462/68, and from last Wednesday's high of 2474.

Market volatility was crushed lower for a third day, and cyclically, we're due a bearish MACD cross at tomorrow's open. In theory, the VIX could remain under downward pressure all the way into the weekend. The 10s look probable with sp'2462. The 9s look a stretch, unless the market can achieve a daily close >sp'2475, and that looks difficult until at least next week.
--

The key issue now is whether the market puts in a lower high (<sp'2490), or can eventually push to new historic highs in September. The bulls really need to achieve a new high, as there are multiple aspects of support, which must remain intact, otherwise the situation would start to mirror what has already occured in the R2K and NYSE comp'.

I sure don't have a time machine, so I can't say with certainty what is ahead, but I'd suggest anyone go stare at the following for a few minutes... 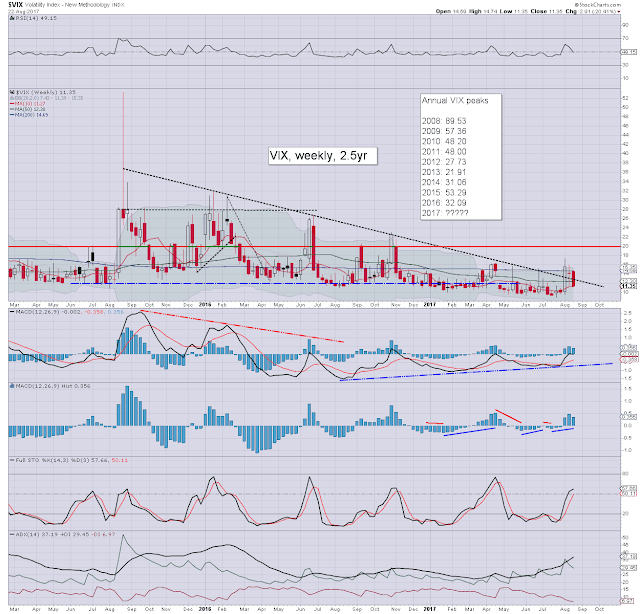 The series of lower highs from Aug'2015 has concluded, and that is an issue not to be dismissed lightly.