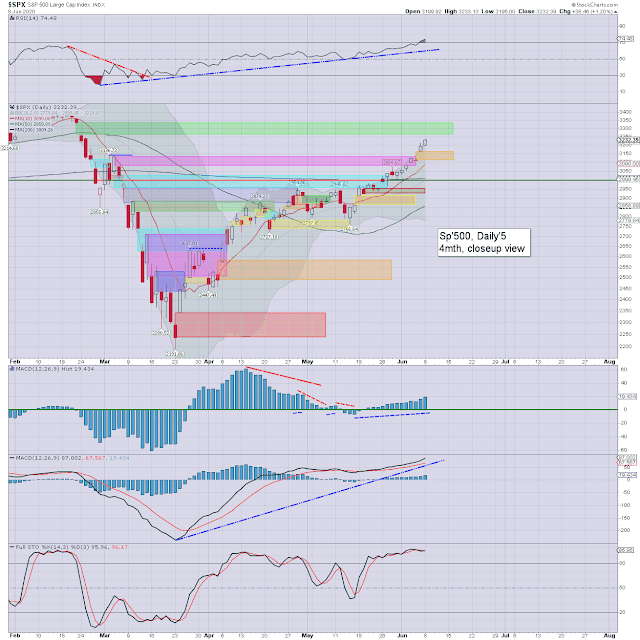 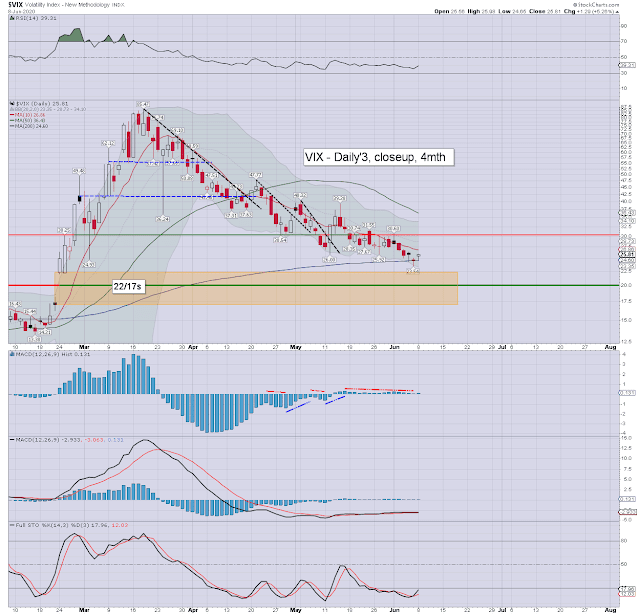 US equities opened on a moderately positive note, helped by other world markets.

The US President appeared in late morning...

For now, the US President is very pleased with the ongoing equity ramp, and its been some time since we've seen any criticism of the fed/Powell.

Volatility was itself subdued, the VIX settling +5.3% at 25.81. Tuesday/early Wednesday offer broad chop ahead of the Wed' FOMC. Next resistance are the sp'3250s, which might sync with VIX tagging the upper end of legacy gap of 22/17s.

Its difficult to see the fed changing rates before year end. 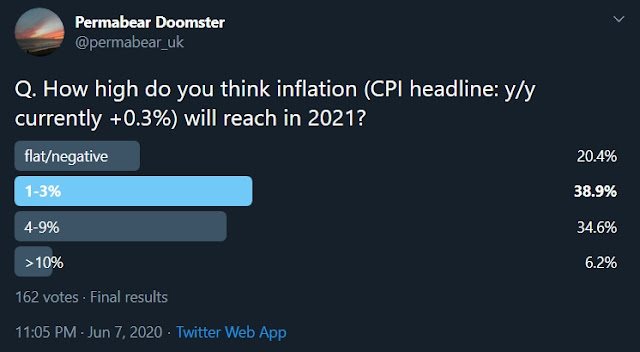 96.9% accept the Fed's balance sheet will be at least >$8tn by year end. A break above ten trillion will require the excuse of another stimulus bill, and subsequent T-bond issuance. Right now, the (eventually probable) infrastructure bill looks a stretch ahead of the election.
--