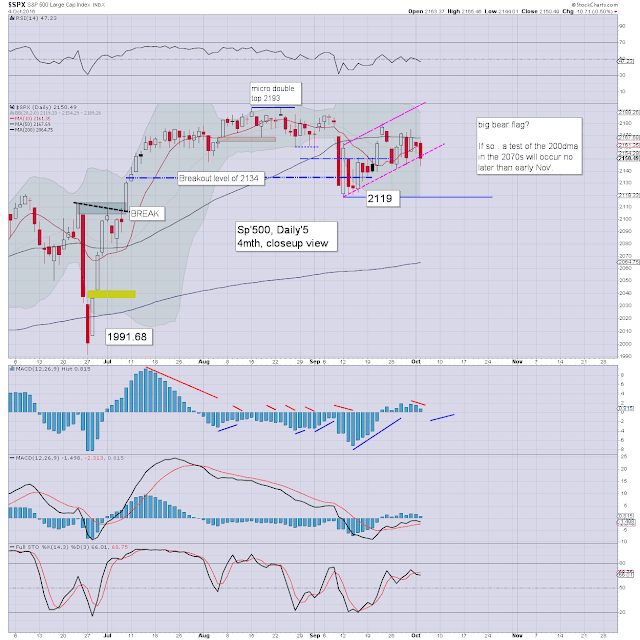 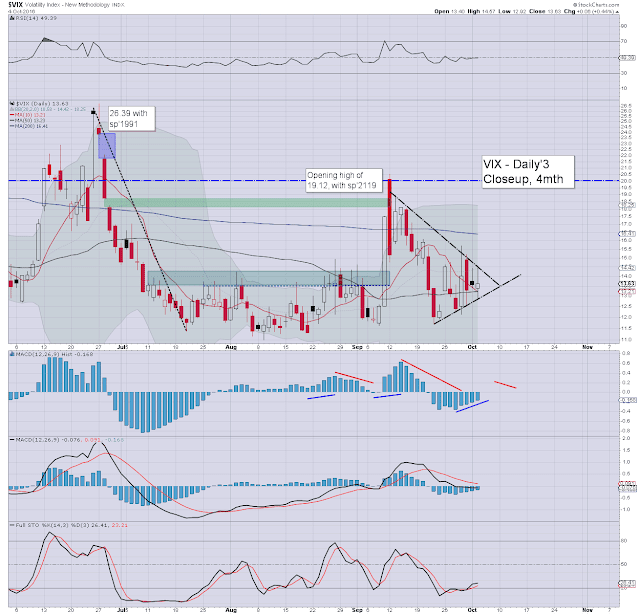 So... another day where we saw a lot of price chop... but leaning weak.

Core rising support (seen better on the bigger weekly charts) is around 2125 this week. Any break of the multi-spike low of 2119 would be decisive, and open up another 2-3% of downside to test the monthly 10MA.. and the 200dma.

My best guess is that 2119 will hold.. with renewed upside as earnings start to appear.
---


Meanwhile, in the land of her Majesty... 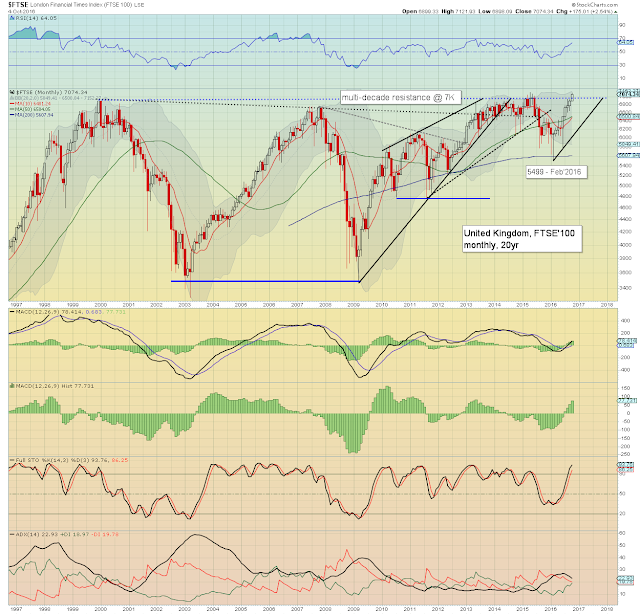 With the GBP weak, UK equities continue to battle upward. Today's high of 7121.93, was within a single point of the April 2015 historic high. Now its a case of whether we see an Oct' close above... or below the giant 7k  threshold. Its not absolutely critical that the bulls achieve it in Oct'... but certainly before year end, otherwise repeated failures will end just like summer 2015. Badly.