US equity indexes saw very significant net weekly declines, ranging from -4.4% (R2K), -3.6% (sp'500), to -2.8% (Trans). Near term outlook threatens a few more days of weakness, before battling upward into the next FOMC of Dec'16th. Broadly, the equity bull maniacs have little to fear unless a sustained break <sp'2000. 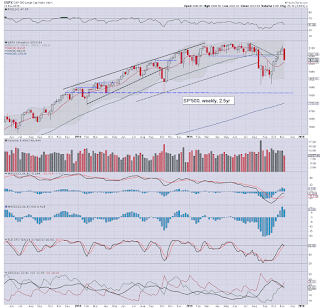 A powerful net weekly decline of -76pts (3.6%), settling at 2023, around the 38% fib retrace of the 1871-2116 wave. Underlying MACD (blue bar histogram) is starting to tick lower. At the current rate, a bearish cross is not likely for at least another week.

Best guess: renewed upside to the Dec' FOMC.. at which point the sp' could be trading in the 2120/30s. What will be critical... the action of the Fed. If rates are raised... will it inspire confidence in the market?

On the flip side.. if no rate rise... an initial 'relief' break to new historic highs in the 2140/70 zone... would ironically be a problem for the equity bull maniacs.

Any further delay in raising int' rates will increase uncertainty across world capital markets, which could easily lead to another very significant wave lower into early 2016. 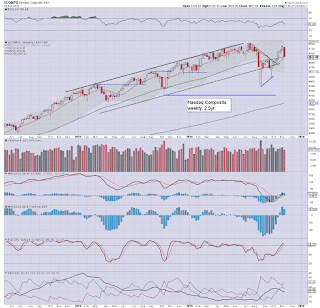 The tech' saw a net weekly decline of -4.3%, closing back under the 5K threshold. Equity bulls need to quickly re-take the 5K threshold, and break new historic highs (>5231) before year end. 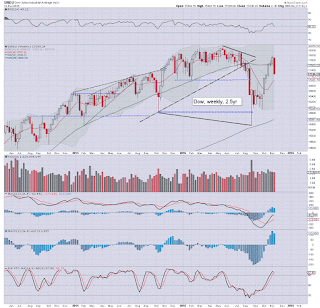 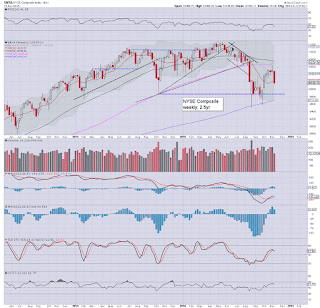 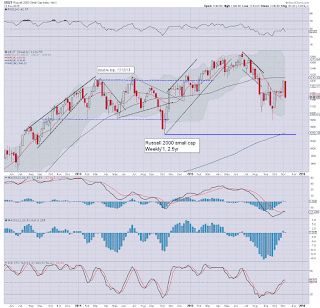 The second market leader - R2K, lead the way lower this week, -4.4% @ 1146, completely reversing last weeks gains. Despite the weekly loss, the underlying MACD cycle remains fractionally positive. In terms of upside, next level is around 1220. 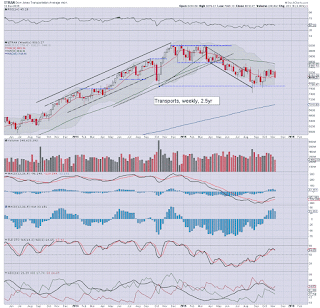 Understandably, with a rather significant net weekly decline across all the indexes some are getting seriously bearish again. Yet, the Oct' close was very decisive, and threatens renewed upside into December.

Oil - the supply issue is not remotely resolved

Whilst US equity indexes saw very sig' net weekly declines, it was a similarly bearish week for WTIC Oil, with a severe net weekly decline of -$3.78 (8.5%) @ $40.74. Regardless of whether the $40 threshold is lost in the near term, the underlying issue of over-supply has not been remotely resolved. 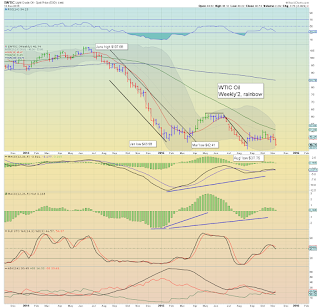 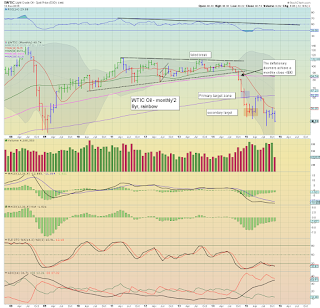 *a notable second consecutive red candle on the weekly chart.
--

Despite prices collapsing since summer 2014 (ohh how high the $107s now seem!), supply remains too high.

Yes, there are aspects of weakness in the global economy, but I shall continue to strongly argue the problem is one of supply, NOT demand.

There has been very little capitulation within the Oil/gas sector. Until we see a few of the mid-size names disappear.. with supply eventually reducing... prices are going to remain under downward pressure.

US equity indexes closed significantly lower for a third consecutive day, sp -22pts @ 2023 (intra low 2022). The two leaders - Trans/R2K, settled lower by -0.6% and -0.7% respectively. Near term outlook offers a little more weakness, but there is high probability of renewed upside into the FOMC of Dec'16th. 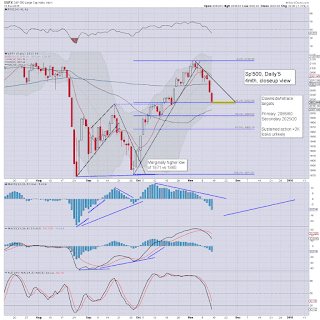 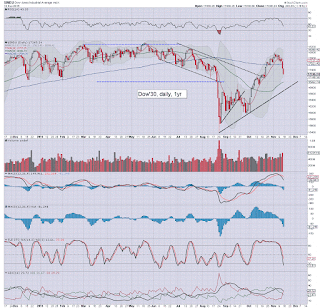