VIX is a tell 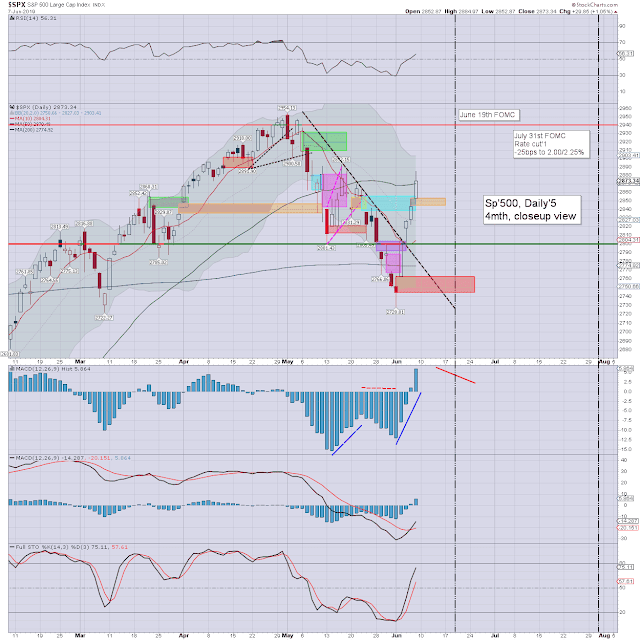 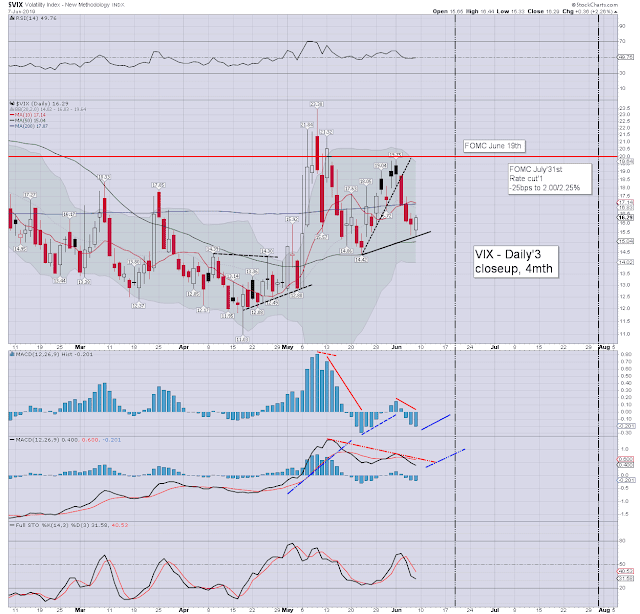 US equities opened moderately higher, which was impressive after the lousy jobs data of 75k net May gains, which will probably be revised lower. There was a spurious trade headline, which helped drive the market to a new bounce high of 2884, which is a pretty incredible 156pts above the Monday closing hour low of 2728. The afternoon saw mostly minor chop, leaning on the slightly weaker side.

Volatility did not mirror the equity gains though, with the VIX seeing an early (cash-market) low of 15.68, and settling +2.3% at 16.30. The VIX is arguably a tell, that we're close/at a key equity bounce high, and due renewed weakness.

We have two downside gaps, with the secondary of sp'2762/44, which is going to need to be tagged at some point.... sooner, rather than later.

As for rate hikes, its now clear the fed will announce rate cut'1 at the FOMC of July 31st. The June 19th FOMC will merely see the fed give overt signals it will 'do what is necessary to fulfill its two mandates.'. QT, currently due to conclude by late September, might now be wrapped end July.

The bigger issue now, how many rate hikes before year end? 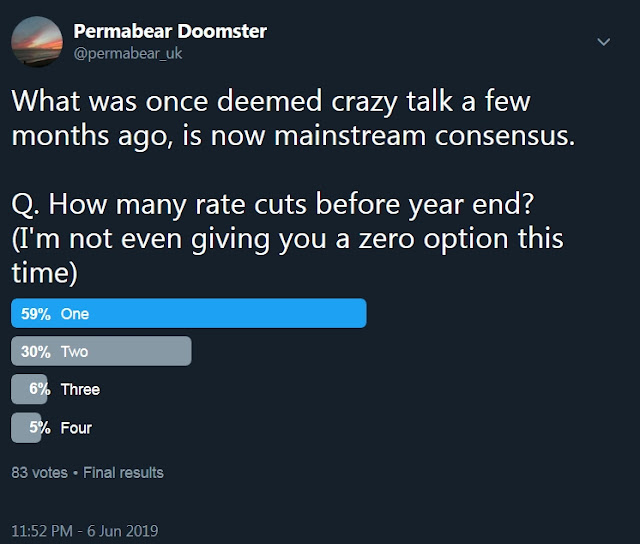 For the record, I'm expecting at least two, maybe three. Its possible we see four, but only if  GDP is close to flat, with a couple of net monthly job declines.

Barclays (along with a few others) are seeking a 50bps cut in July, but the fed would (correctly) see that as a threat of inspiring panic in the mainstream, and will want to go the 'slow and steady' route of 25bps cuts.

In any case, rate cuts are coming, with the printers set to be spun up in 2020. If you're a gold bug, the latter should especially catch your attention.
-- 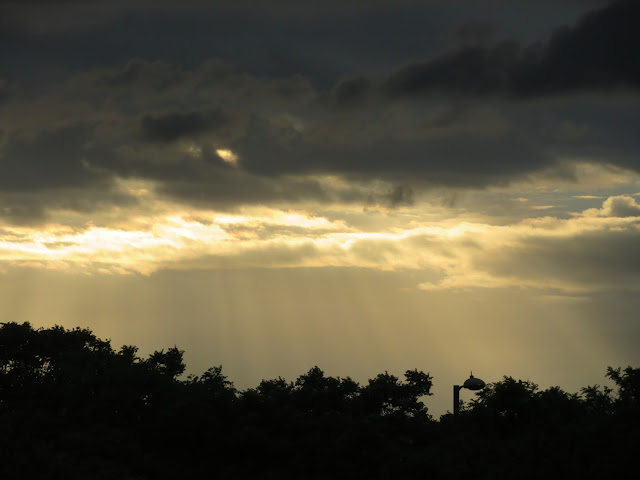