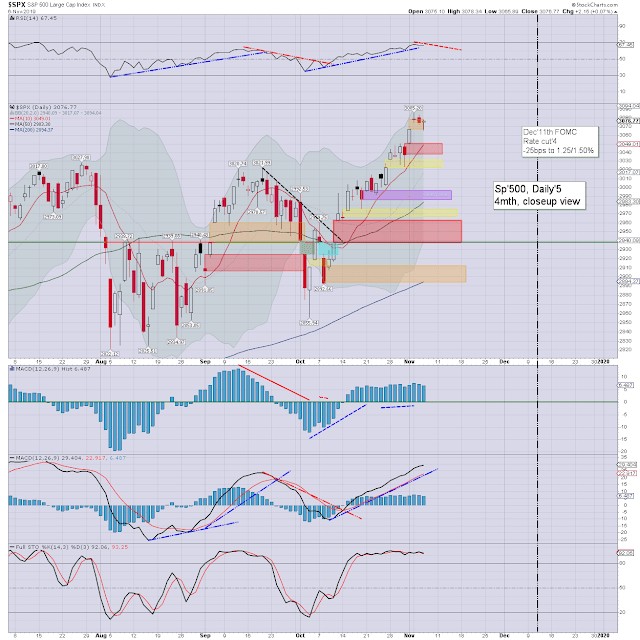 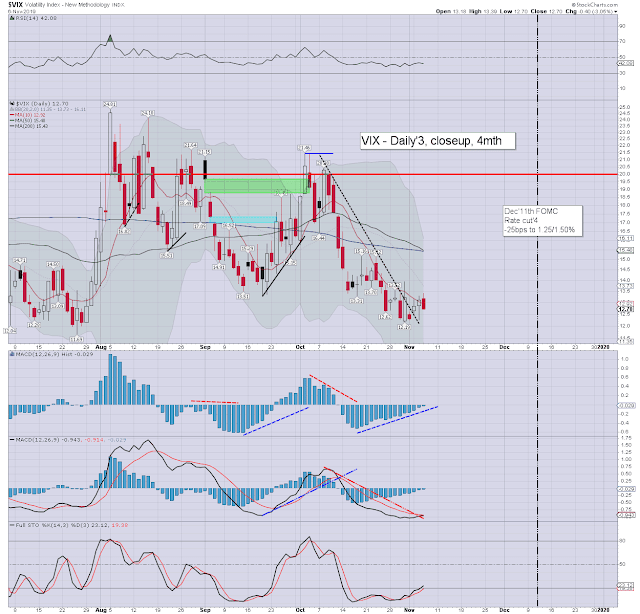 It was another of minor chop in equity land.
The US President issued the following in pre-market...

Maybe its just me, but I see the phrase 'Spend your money well!' as a direct sell recommendation. After all, how can you spend it, if you don't sell at least some of your stocks?

Ohh, and if you interpret that as an anti-Trump/US comment... seriously, go elsewhere to one of the polar extremes like Zero 'click-bait' hedge or CNBC.

Volatility was naturally subdued, with the VIX settling -3.7% at 12.62. S/t outlook leans to the bulls on Thursday, with threat of Friday ending on a weak note.


Meanwhile, here in the land of yours truly... 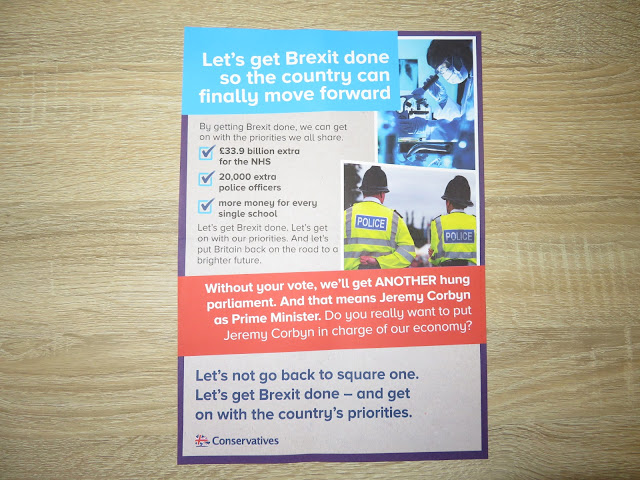 ... as we're another day closer to the Dec'12th general election. Today's mail was from the Conservatives. They are playing the 'we'll spend more on the NHS, police, and schools' card, with a light sprinkling of 'fear PM Corbyn'.

The UK mainstream media currently believe Corbyn - Labour party, has no chance of victory. They are the same mainstream that never foresaw the BREXIT 'leave' vote, nor the Trump win.

Yesterday saw the mainstream pick up on the Robinhood infinite leverage story.
Not surprisingly though... the reporting was garbage...

-Users overstating the amount of money they had in their accounts - Wrong.
-Cheat code - Wrong
-User using $50k to buy some stock - Wrong (user bought $50k of AAPL PUTS)

Which is it? Are CNBC really that stupid, or are they just actively refusing to explain how the infinite leverage was achieved? Its not complicated, as I outlined yesterday.

You might have thought they'd have brought on one of the regulars (why not a Najarian?) to explain how they were using options to increase their buying power?

Yours... with a Personal Risk Tolerance (PRT) of near zero.