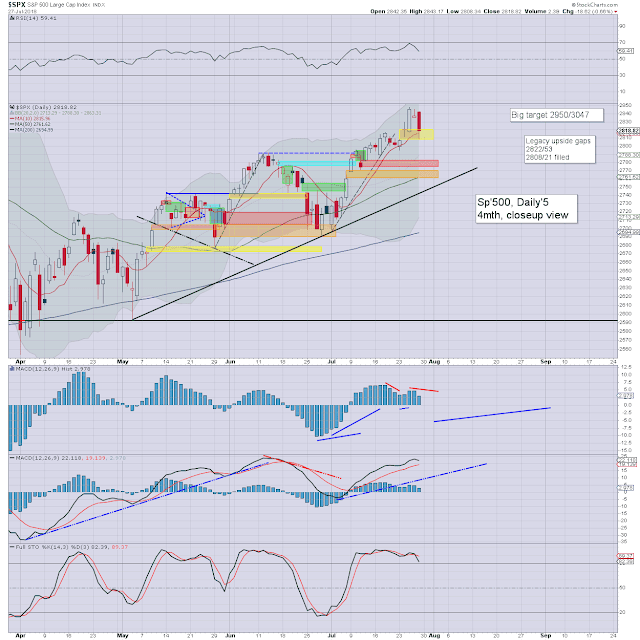 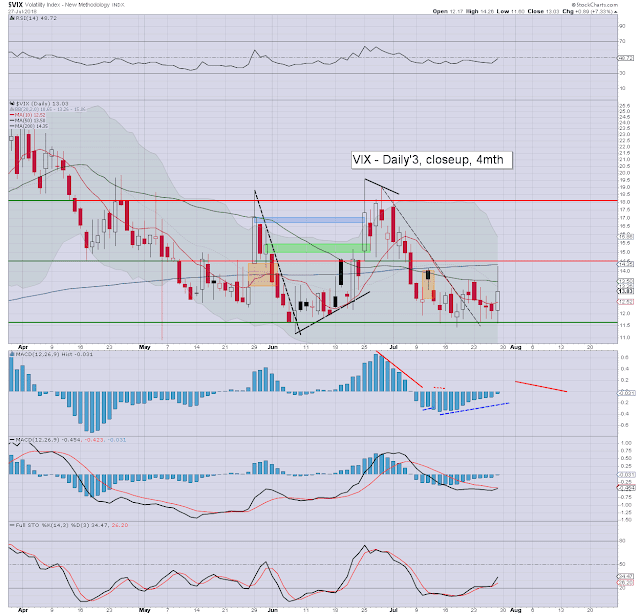 US equities opened in minor chop mode, and price action was a little shaky. With a break of the s/t rising trend, prices spiraled lower, with an afternoon low of 2808. There was a moderate late day choppy bounce to settle at 2818.

Volatility picked up, with the VIX seeing the 14s, but settling in the low 13s. S/t outlook offers minimum technical necessity of sp'2768, which should now equate to VIX 15/16s.
--

In early morning, Trump decided to hold a little meeting with the media hacks... 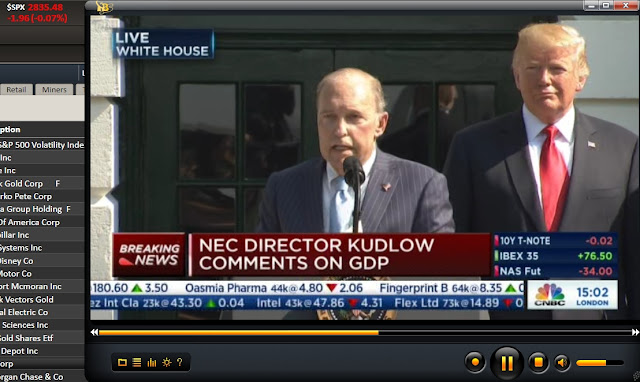 Trump proudly touted the first print of Q2 GDP that came in at 4.1%. Things got far more interesting with ex-CNBC 'contributor', Larry Kudlow - Director of the President's National Economic Council.

The following will no doubt be widely referenced in the years ahead....


Financial historians will look back on this as just another classic delusion by central government that believes it can negate the natural economic cycle. Kudlow is widely recognised as touting 'no recession' as late as summer 2008. He was economically wrong then... and the notion the current boom is sustainable, is utter nonsense.