I sure don't see a recession 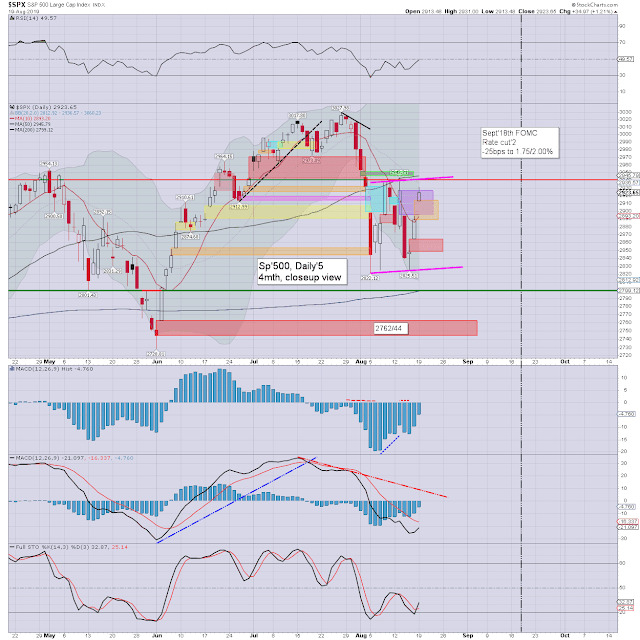 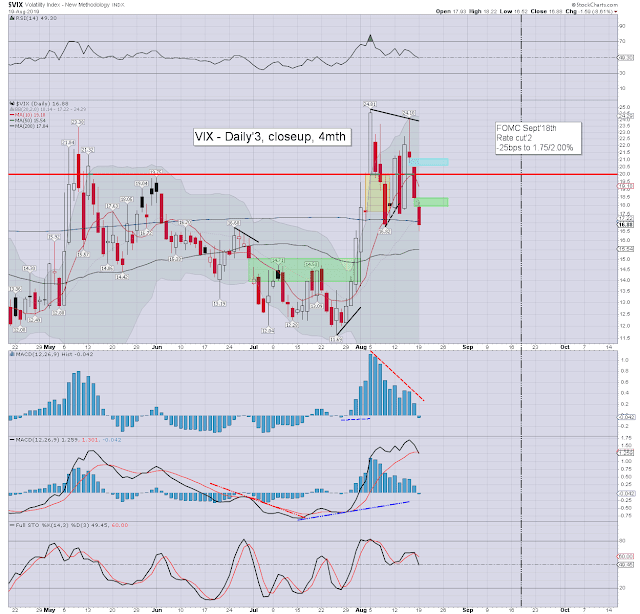 US equities opened significantly higher, with the SPX filling a legacy gap to 2926, and to 2931 in the 1pm hour. 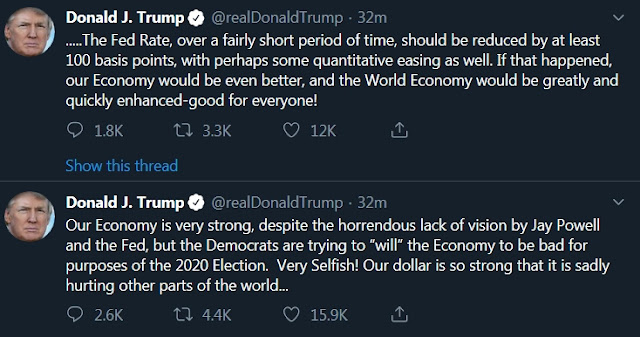 The US President continues to play along with the rest of the mainstream, touting the twisted mantra that the US economy is strong, but that rates need to be cut, and for the printers to be spun up.

Just reflect that Trump said the aforementioned, whilst things are still 'ticking along reasonable', what will he be saying and demanding if an actual downturn occurs?

Ohh, and Trump sure has changed his tune on lower rates and QE... 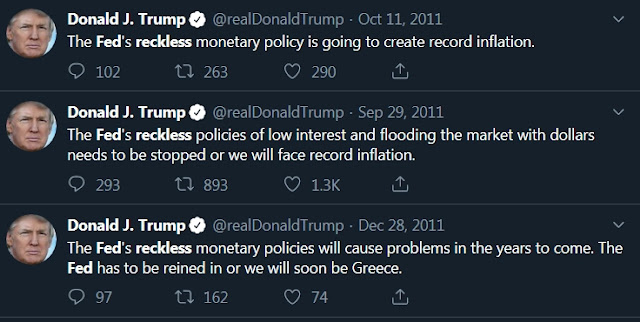 I guess that is what happens when you turn political, as what was once a 'fact' is now a 'lie', and what was seen as a problem is now the solution.
--


I sure don't see a recession

On Sunday the Kudlow did the media circuit, which included Meet the Press...

Kudlow noted 'I sure don't see a recession'. The Kudlow's track record on economic outlooks is beyond abysmal. The following is a superb reminder of just how bad his analysis is...

The guy was still bullish in August 2008, mere weeks before the height of the financial crisis. Even after Lehman imploded in mid September, he was STILL touting tier'1 GARBAGE.

Of course, Kudlow, and likely also CNBC would like you to not remember such things. Most such videos get scrubbed eventually, and its arguably not for copyright reasons, but as an outright re-write of history.

Regardless of the s/t moves in equities and other aspects of the US/global capital markets, the financial endgame should be more than clear to you by now. Get prepared. The clock is ticking.
-- 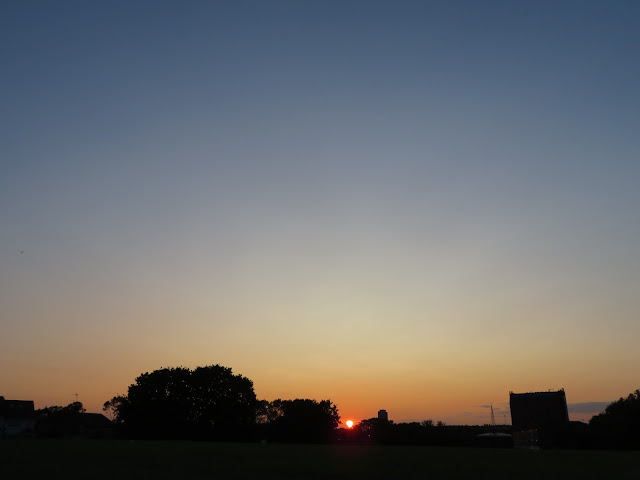 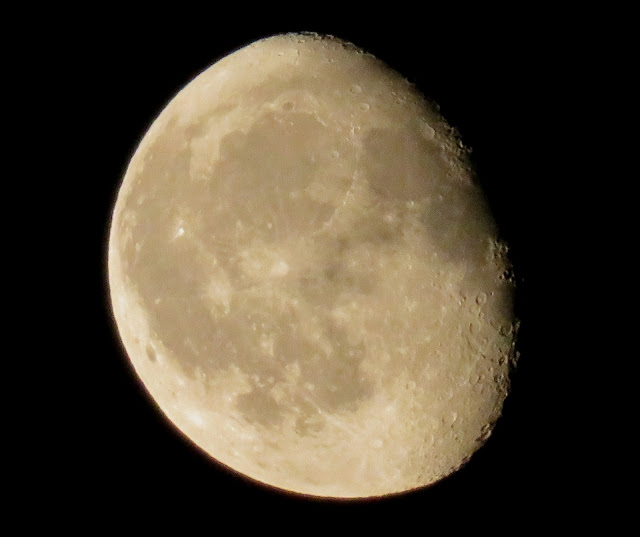