The US equity indexes were generally higher, with the sp'500 moderately higher for the seventh consecutive week. The mid-term outlook looks broadly bullish into spring 2014, with an upside target of 1950/2050. Equity 'doomer bears' have another 4-6 months to wait. 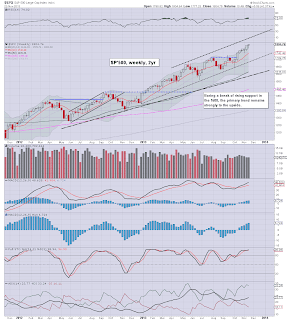 The sp'500 gained around 0.4% this week, having earlier declined to 1777. The weekly close of 1804 is very impressive, and marks yet another broken psy level of resistance.

The current up trend, is roughly 50pts a month. I'm guessing another 10/20pts higher in the current small wave, then 30/50pts downside - mid December, before another move higher into year end. That should offer a year end close..somewhere in the 1800s. 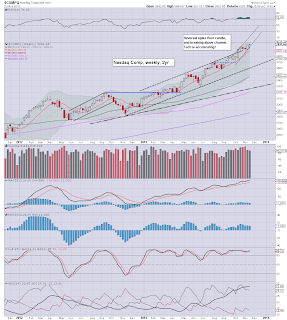 The tech managed a very minor gain of just over 0.1%, but still, that was another useful gain, and keeps the big 4000 threshold within reach for the next week or two. No doubt 4k will be hit before year end..and the only issue is when the 2000 high of 5132 will be tested. That seems unlikely in 2014 though. 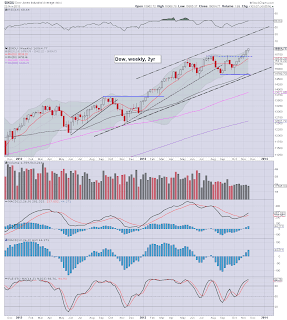 The mighty Dow gained over 0.6% this week, and put in the first weekly close in the 16000s. The outlook is very strong, having broken out of the six month tight trading range. Dow 17000s look a given..by late spring. 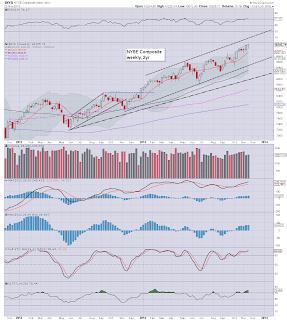 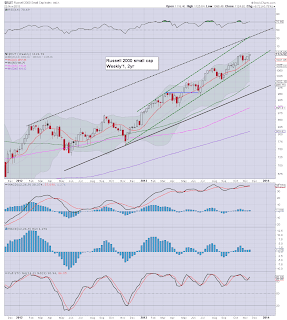 The second market leader gained an important 0.8% this week, and has fractionally broken above the October highs. The R2K looks set for the 1150/75 zone into year end. 1300s..by next spring. 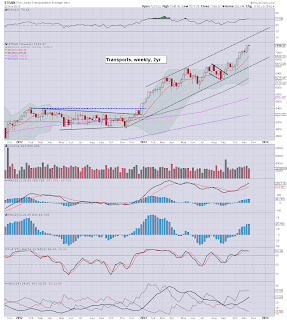 The old leader was the exception this week, losing almost 0.2%. Yet, equity bears have nothing to get excited about, underlying price momentum is extremely bullish, and it remains pretty incredible to see the Tranny comfortably holding the 7000s.

So..another week higher for most US indexes. Indeed, with the seventh consecutive weekly gain for the sp'500, this is the strongest run since late 2012.

There is absolutely nothing bearish in the near..or mid term outlook. Equity bulls have an immense downside buffer zone before breaking any key levels. The 200 day MA on the sp'500 will be around 1680 at end December, and I sure don't expect that MA to be tested until Q2/Q3 of next year.

Again, I have to note, the 'crazy' chart I posted many months ago..has turned out disturbingly correct. 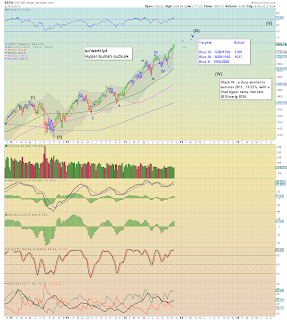 Broadly speaking, no 'significant' downside until late spring 2014..and even then..it might take 2-4 months to form a clear intermediate multi-month top. The down move - as is often the case, will probably occur fast...and be complete by the early Autumn..perhaps even Aug/September - which is a time zone that a number of chart-cyclists are also looking at.
--

Next week is a holiday week, and the market will likely be mostly quiet.

Mon/Tuesday has some housing data..which I'm guessing won't be so great. Wednesday is a full trading day, and does actually have an array of econ-data - weekly jobs, durable goods, Chicago PMI, consumer sentiment, and leading indicators.

Market is CLOSED Thursday, with an early close at 1pm on Friday.

*there is sig' QE-pomo on Monday, with the next QE schedule issued on Wednesday.
--

So...the broad up trend continues..and with next week party closed, there is no reason why the equity bulls won't manage further moderate gains, via some algo-bot melt.

As ever..all comments most welcome.

US and world equities continue to relentlessly battle upward into year end. Equity bears haven't any hope of significant downside for some months to come. Best guess remains...an intermediate multi-month top - forming in late spring/early summer 2014, and then a 17/22% index decline. 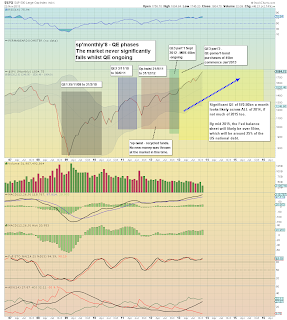 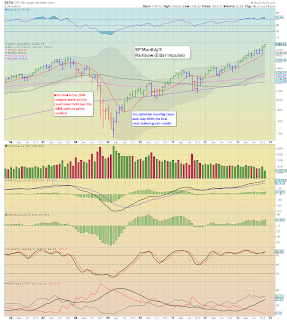 With the Fed continuing to throw $85bn at the US capital markets, the underlying pressure in equities, remains strongly to the upside.

There is again increasing talk from some that the Fed would consider cutting QE at the FOMC of Dec'18. That makes zero sense to me. There are plenty of reasons why this won't happen, the least of which is that the Fed won't change policy until Bernanke is out the door.

Right now, there appears zero chance of QE being reduced (if only temporarily) until next March.


...and that.. concludes another week.

--
*next main post, late Saturday, on the US weekly indexes
Posted by Trading Sunset at 04:00:00
Email ThisBlogThis!Share to TwitterShare to FacebookShare to Pinterest

The main indexes closed moderately higher, with the sp +8pts @ 1804. The two leaders - Trans/R2K, settled +0.4% and +0.5% respectively. There looks to be upside next week to the sp'1810/20s, before the next moderate retracement in mid December. 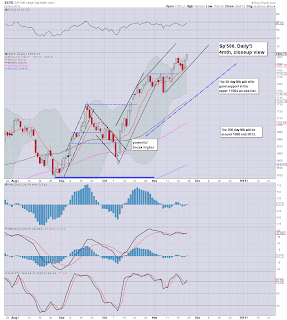 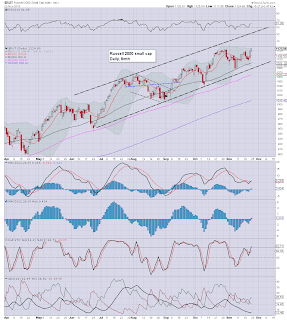 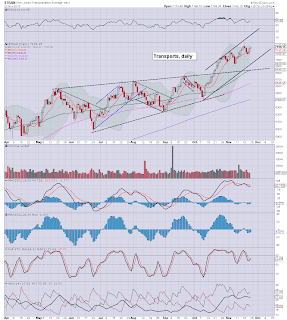 The Trans, and Nasdaq will most likely follow next week.
--