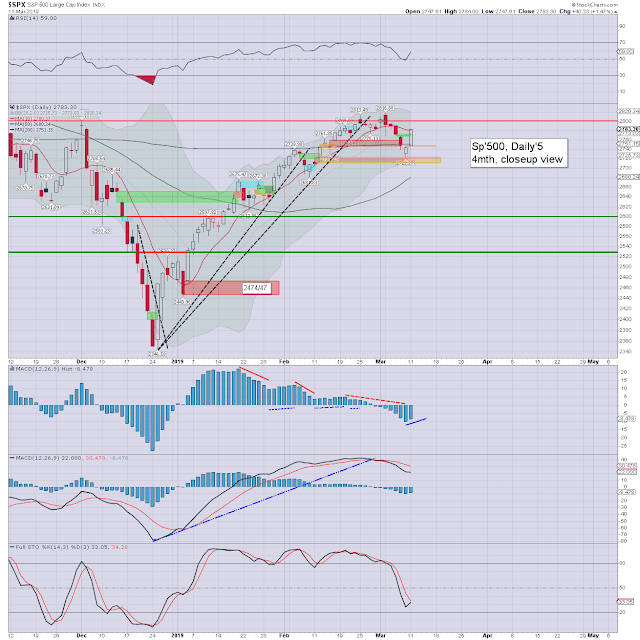 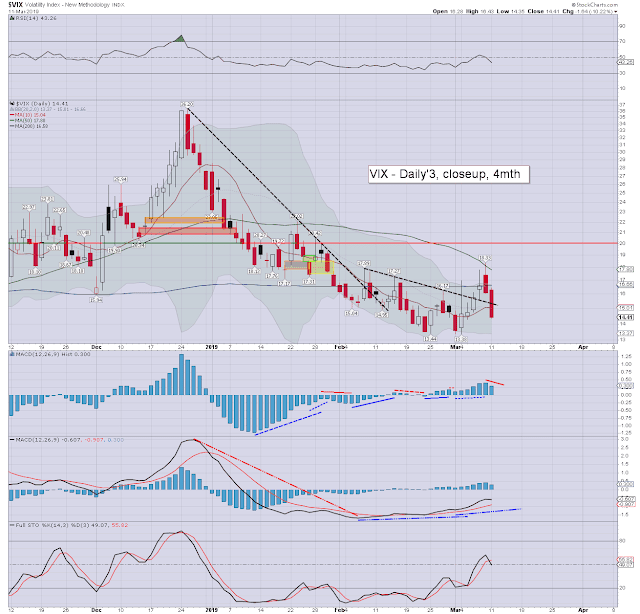 US equities opened moderately higher, although there was a distinct disparity between indexes.... such as Nasdaq comp' +0.9%, whilst the Dow was -0.6%, the latter weighed down by Boeing (BA).

The market battled rather powerfully higher into the late afternoon, with even the Dow turning moderately positive.Volatility was naturally in melt mode, with the VIX settling in the mid 14s.

Its notable that last Friday saw most indexes - inc' the SPX, settle with a hollow red reversal candle. Much like the black candles I regularly highlight, such upside reversal candles are never to be dismissed lightly. Today's style of price action is suggestive last Friday's low of 2722 will not be broken ahead of next week's FOMC. Further, last week's high of 2816 could be assumed will be taken out before end month, not least if the Fed announce an end date for QT.