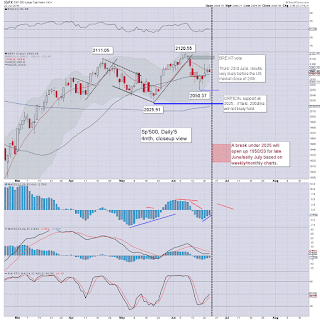 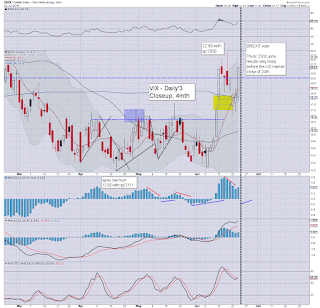 A day of moderate swings in the equity market, with the sp'500 remaining unable to break and hold above the 2100 threshold.

VIX was especially notable, as despite equities only settling a little lower, the VIX built rather powerful gains into the close... decisively back above the key 20 threshold. The bigger weekly cycle is offering the 28-32 zone on a 'leave' vote.

I would hope some of you will see the relevance of the following...

I've only ever lived in the EU... so I can't say from personal experience if what lays outside is really any better. From what I see though, South America is a perpetually failing hive of corruption and semi-communism. The great continent of Africa remains a mess, still reeling from the effects of numerous empires that rampaged, ransacked, and tried to convert hundreds of different groups. Asia looks a somewhat interesting place to be... even in the unsustainable economic bubble that is communist China.

I have always thought, and called myself a European. Most of the time, that merely resulted in me being seen as even more of an oddity by those around me. Hell, I even supported the notion of a single currency.. although (hopefully most of you realise).. for many reasons, the Eurozone (as it currently operates) is mathematically doomed.

I sure can't say who will 'win' the vote tomorrow. What I can say... I did kinda get to like Root beer.