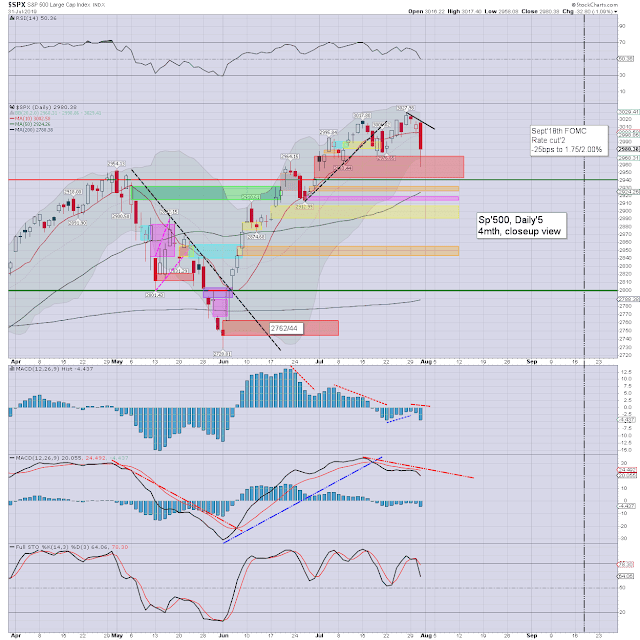 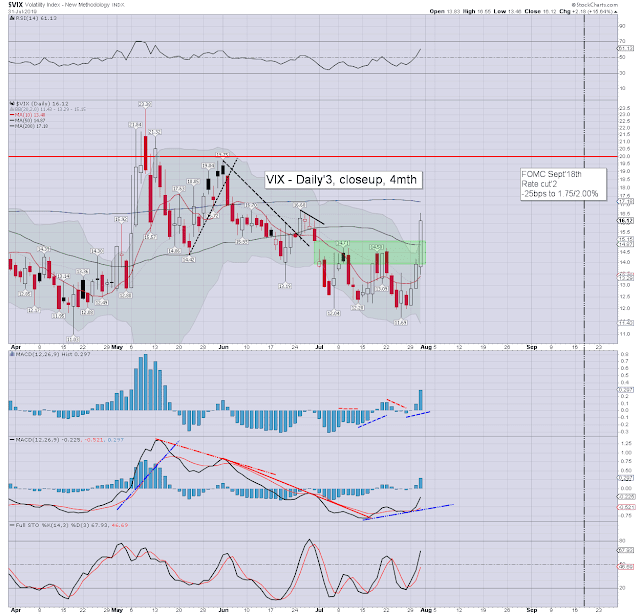 US equities opened in minor chop mode, and naturally remained that way into the 2pm Fed announcement.

The Chicago PMI 44.4, vs 50.5est. As June printed 49.7, the July reading is a SECOND consecutive monthly print under the key recessionary threshold of 50.0. This merits alarm bells, and its difficult to see how August might rebound >50. Eyes on related PMI and ISM manu' and serv' sector data across the next month or two.
--


As expected, the fed cut rates by -25bps to 2.00/2.25%, with QT being concluded two months earlier than originally planned. 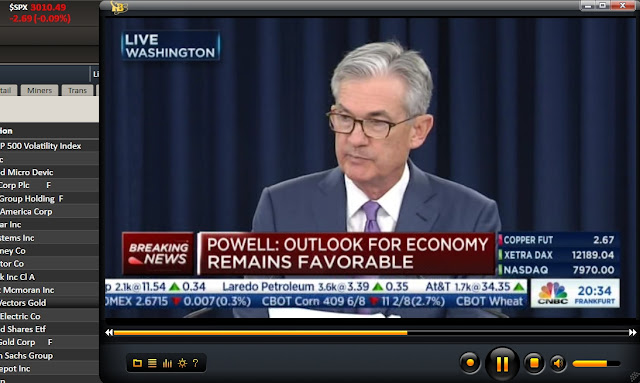 Powell tried to dance the fine line, claiming that the US economy remains favourable, but that monetary policy needs to be eased. The market was upset at the notion that it might be a 'one and done' cut, with the SPX imploding to 2958, before rebounding.


In AH, Trump shared his view on Powell and the Fed...

I expect Powell to be eventually replaced by Bullard, who will be more than happy to cut rates to negative, spin up the printers, and start buying T-bonds, but eventually... corp' bonds, student debt, infrastructure/build-America bonds, and ETFs/stocks.
--

Behold! ... as I've added a new red dashed vertical red line.
*the actual interest rate will not update on that chart until August, as its an 'eom' (end of month) chart.
--